The Tenement Museum in New York


The Tenement Museum showcases the history of New York immigration through the real experiences of people who settled on and around Orchard Street in Manhattan's Lower East Side.

When visiting the Tenement Museum, you have different options. You can either go on a walk through the neighbourhood and learn about the way the area was shaped by the influx of immigrants. You can tour the building on 97 Orchard Street and choose to visit either shops or residences of people who actually lived and worked here. Or you can meet the residents who lived on 97 Orchard Street, played by actors. I went on a building tour called Shop Life. 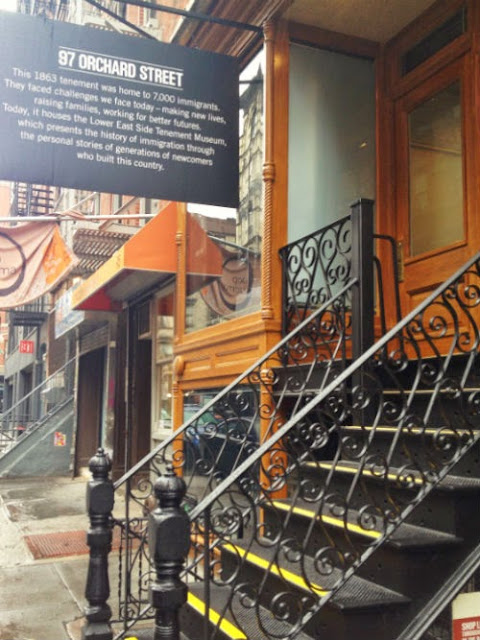 Our guide took us to the ground floor of 97 Orchard Street where Caroline and John Schneider ran a saloon serving food and drinks to other German immigrants. After a short walk through Orchard Street, we entered number 97. It was a cosy little saloon with a long bar on one side and tables and benches on the other. We were sitting around the saloon spread out over the benches and chairs while our guide explained what a day would’ve looked liked in the lives of John and Caroline, which didn’t sound all that easy. 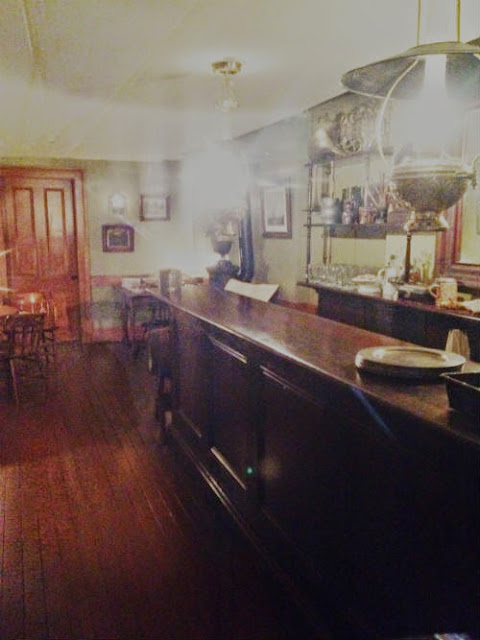 Our guide explained what types of punters would’ve frequented a saloon like this, and things got lively when we all got assigned a specific character from the neighbourhood and were told to just go and mingle in the saloon. I was the landlord of 97 Orchard Street. After I’d chatted a bit to the local butcher and a professional actor, we followed our guide into the tiny kitchen where Caroline would’ve cooked up German style meals like sauerkraut and sausages, of which plastic versions were layed out on the table. We continued into their bedroom, which wasn’t much bigger than a shoebox. The room was set up in the style of the era and it really felt like they’d just stepped out so we could have a snoop around.

Our tour finished in an interactive room that used to be a betting shop, where we learned about other businesses that had come and gone on Orchard Street over the last century.
I love these kinds of tours where you get a glimpse of lives and times gone by. Next time I’m in New York City, I’ll have a nosy around on the other floors. 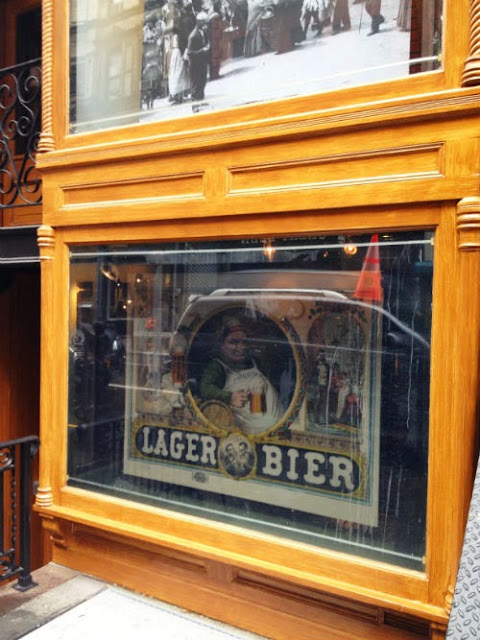