I'm eating around the world without leaving London and this week I had Cameroonian pancakes at Maloko in Camberwell. Okay, pancakes doesn't sound like an exotic African dish, but its website stated that their pancakes have a Cameroonian twist. 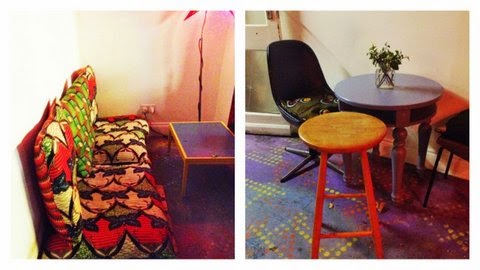 The decor is minimalist. It's a mishmash of random furniture. The concrete floor was pimped up a bit with pink and yellow dots, the walls decked out with art (apparently from local artists) and the ceiling was covered with coffee bags from Brazil.


Jacintha from Urban Pixxels and I got comfy on the sofa in the corner while we studied the menu. The choice was abundant and all sounded delicious. the other thing that stood out on the menu was the price. They all go for about 3 to 5 pounds a pop. I went for a red goat pancake with goat's cheese, beetroot and sweet potatoes. Jacintha has a Mediterranean version with asparagus, tomatoes and cheese. 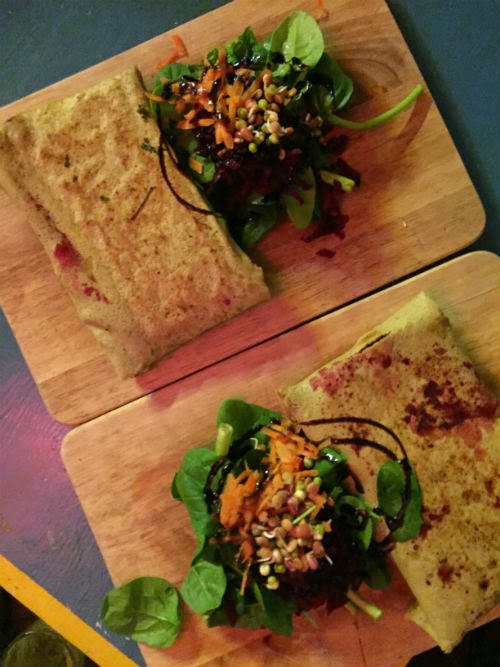 You can order the pancakes in the back kitchen, which is cool because you get a good look at how they are prepared. They're all gluten free and stuffed with fresh ingredients by the way. 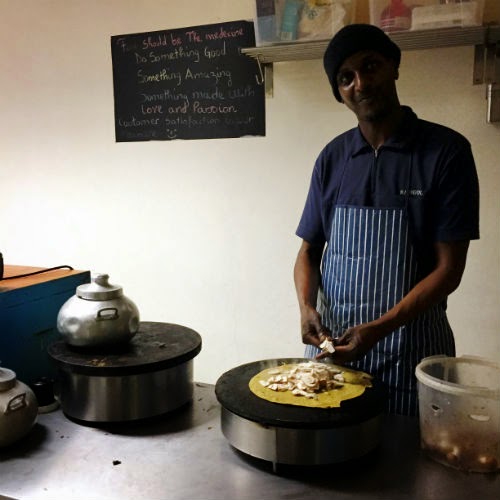 Maloko is BYO, which again I had failed to spot before going, so I went for a proper freshly squeezed pear and lemon juice. But if you fancy something a bit harder, there is a off-licence right across the street.

Even though the food might not be entirely Cameroonian, I loved it and I wholeheartedly give Maloko a big thumbs up.