I'm eating around the world without leaving London and this week I had South African food at Bunnychow. Bunnychow doesn't sell rabbit stews or anything containing bunnies at all. Bunnies at Bunnychow are bready bowls. Kind of like a sandwich, but different. 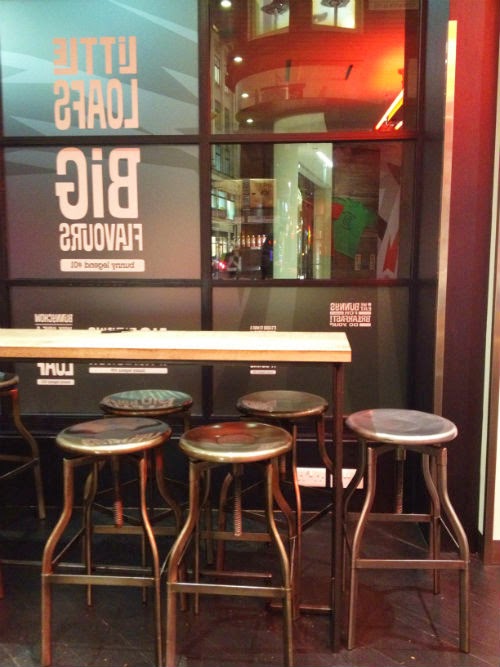 They recently opened up shop in Soho after roaming the UK in a truck, selling bunnies at festivals and other outdoor events. 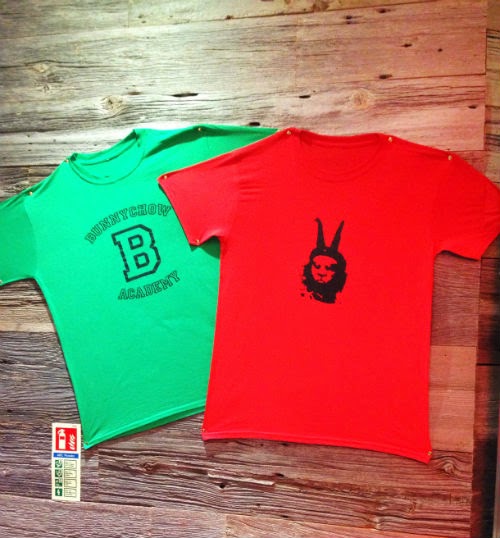 The bunny apparently hails from Durban where they've been a popular street food since the early 1900s. And since they seem to be getting popular here in the UK as well, it looks like they're here to stay. 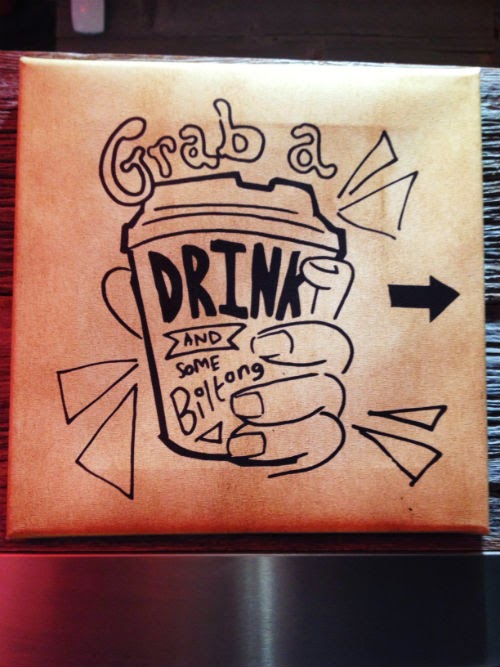 Bunny Chow is very much a fast food type place, great before or after a boozy Soho night out. There is a choice of several bunny fillings such as spicy chicken and pulled pork and there is even a breakfast bunny English style. 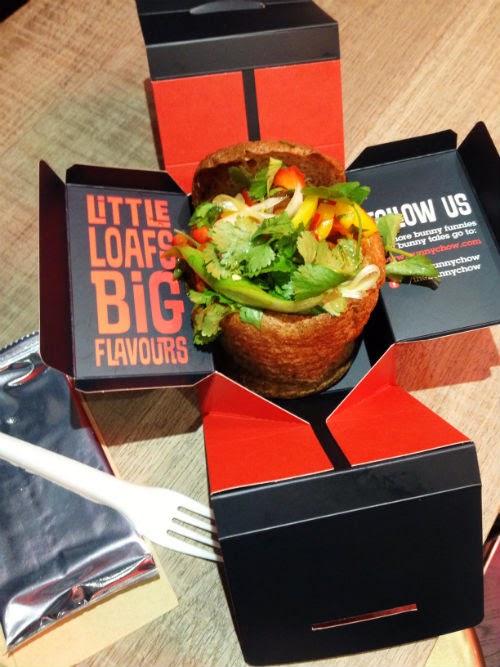 I had a wholemeal bunny filled with meatballs and a tomato sauce topped with lots of coriander and crunchy peppers. I don't think my bunny is on their menu anymore, but judging by their brand new menu, I'll have to go back very very soon.