By now you'll know that I am eating around the world without leaving London. When I came up with the idea I thought I was incredibly creative and smart for coming up with the idea. Little did I know that there are others out there who are doing the same.

Last week Charlie Del Monte who blogs on Kitchens of the World Unite suggested that he, Sean from Around the World in 196 Tables and myself meet up for Latvian food.

Now I'd long done and dusted the European kitchens, but missed out on Latvian food when I was working my way around the Baltic States. And I thought it would be a nice occasion to meet some fellow RTW eaters in London.

Now this restaurant is housed in the basement of a guesthouse and is not always open apparently tot non-guests. But Charlie had called ahead and we were able to reserve a table.

After our initial introductions and the getting-to-know-you chatter we realised that no one had actually come to take our order for about an hour or so. There was only one very stressed out looking waitress running around with plates for a large table. She was very apologetic when I went up to the bar and she took our order. Not a good start.

But once we were down on the list of diners, the food starting coming our way.

We started off with a clear fish soup which consisted of a medley of salmon, veggies and a dollop of cream floating in the middle. 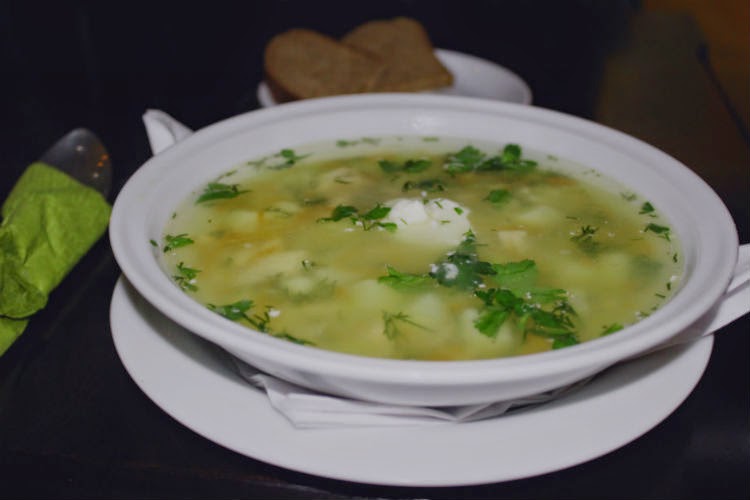 The main was a chicken schnitzel and a mash that was mixed with the same salmon as the one in the soup. both were accompanied by a tomato filled with coleslaw.

Dessert was brought out before we even tucked into our schnitzels which slightly put me in panic mode as I thought it was ice-cream and would melt. But it wasn't so it didn't. 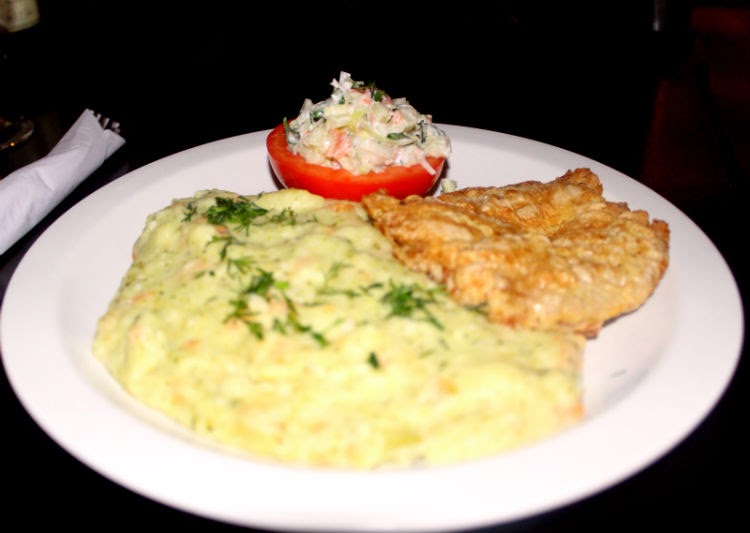 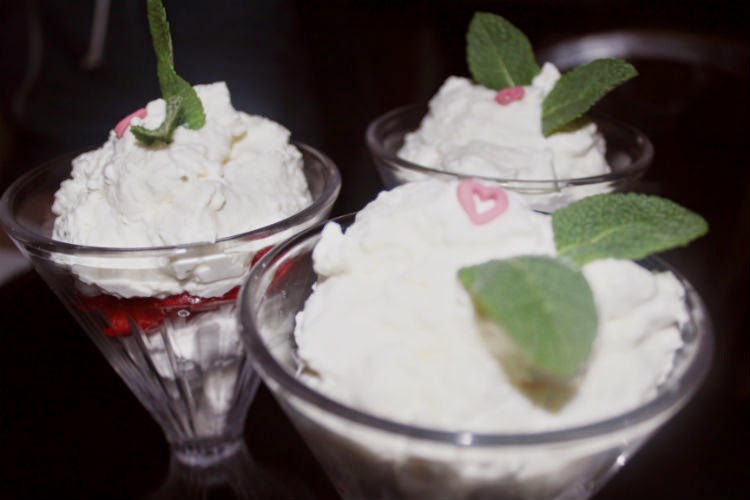 We chased the mediocre meal down with some proper Latvian vodka. And that, my readers was the best part of the evening. Plus meeting Charlie and Sean, of course.