Petting Stingrays in the Caymans


Stingrays are probably not an animal that one would generally stand in line for to have a little cuddle with, but when I heard that cuddling stingrays was offered as an excursion I really wanted to go. 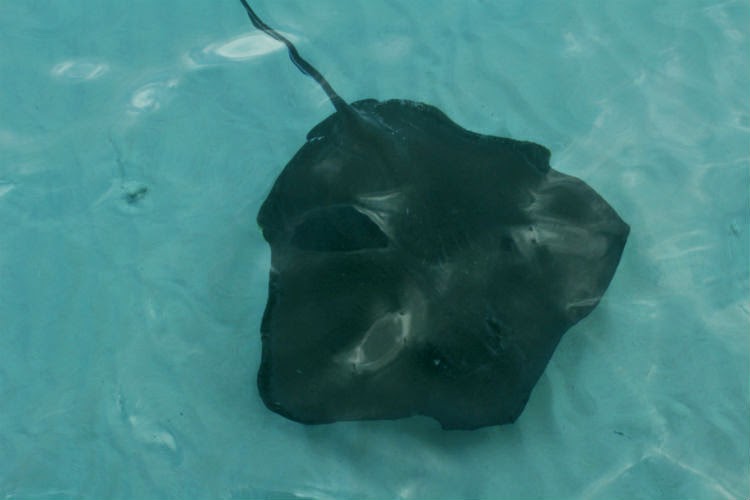 I was a bit apprehensive as I couldn't shake the thought of my friend who once told me he stepped on a stingray after which he was stung right through his ankle by its barb. Not really a thing I wanted to experience on my holiday. However my curiosity was stronger than the fear so I went with two friends.

We were driven across the island to a small marina where we boarded the boat. After a short boat ride we reached Stingray City, an area off the coast of Grand Cayman where wild stingrays gather every day. Apparently they have been doing this for years and years when local fishermen gathered on the sandbanks here to clean their fish. Over the years the fishermen discovered that the stingrays could be hand-fed, which eventually turned into a major tourist attraction. Although now they’re lured here with compressed pellets of squid meat.

Given the fact that these stingrays live in the wild, I didn't think this would be harmful for the stingrays. If they come out of their own will, they must like the petting and the kissing. However, as with all animals that get used to being fed by humans, it does change their behaviour and their ability to search for their own food. But that’s all in hindsight. 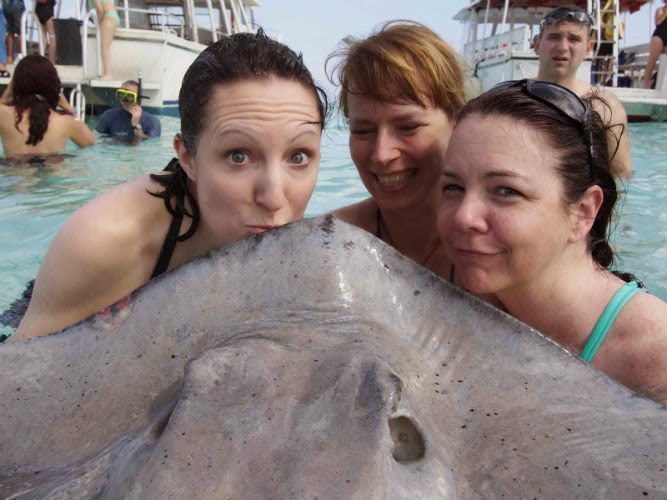 When we got to stingray city, it was clear why it’s called what it’s called. There were stingrays everywhere. Circling around the people that were already in the water. We were given masks and snorkels and jumped into the stingray ridden waters. They were swimming around us, between us and a bit too close to us, for my taste. I was really worried that the current would throw me off balance, resulting in my stepping on one of these massive creatures. 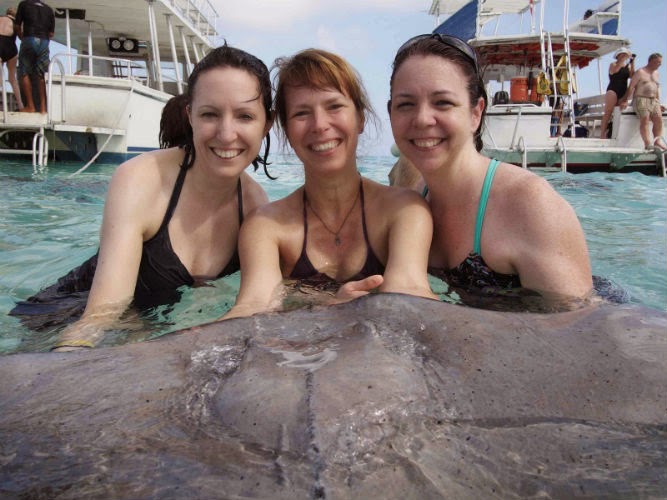 Then we were called by our tour guide who was holding one really big stingray. The three of us held out our arms as if holding a large pizza box and the stingray lay on them. It felt really rubbery, much like a chammy. My friends Cindy and Rebecca gave it a little peck, and then we let go. Again as with the turtle farm I wish I had delved a bit deeper in the ecological side of these excursions, although I wouldn’t expect a company such as Carnival to offer animal unfriendly excursions. But I guess you shouldn’t just assume things.