Somalian Food at The Village


I'm eating around the world without leaving London and this week I tried Somalian Food at The Village in Hammersmith. Having covered quite a bit of African cuisines for this blog series, I wasn't sure what to expect when I stepped inside this basement eatery.

There was no one at the till which was located at ground level as you come in, but I heard the sound of cheery voices and laughter coming from downstairs. I ventured down the stairs, where I was welcomed by a friendly woman. Ignoring the stares from the other punters, I picked a table. I felt I stood out a little bit as it was clearly a place where Somalian Londoners get together on a Friday Night. Not that it looked all that cosy and inviting, to me.

When my friend arrived we studied the menu and decided to order a portion of sambuus to still our initial hunger pangs. They were Somali style veggie samosas which were a little bit spicy and came with what looked like a Thai chili sauce. 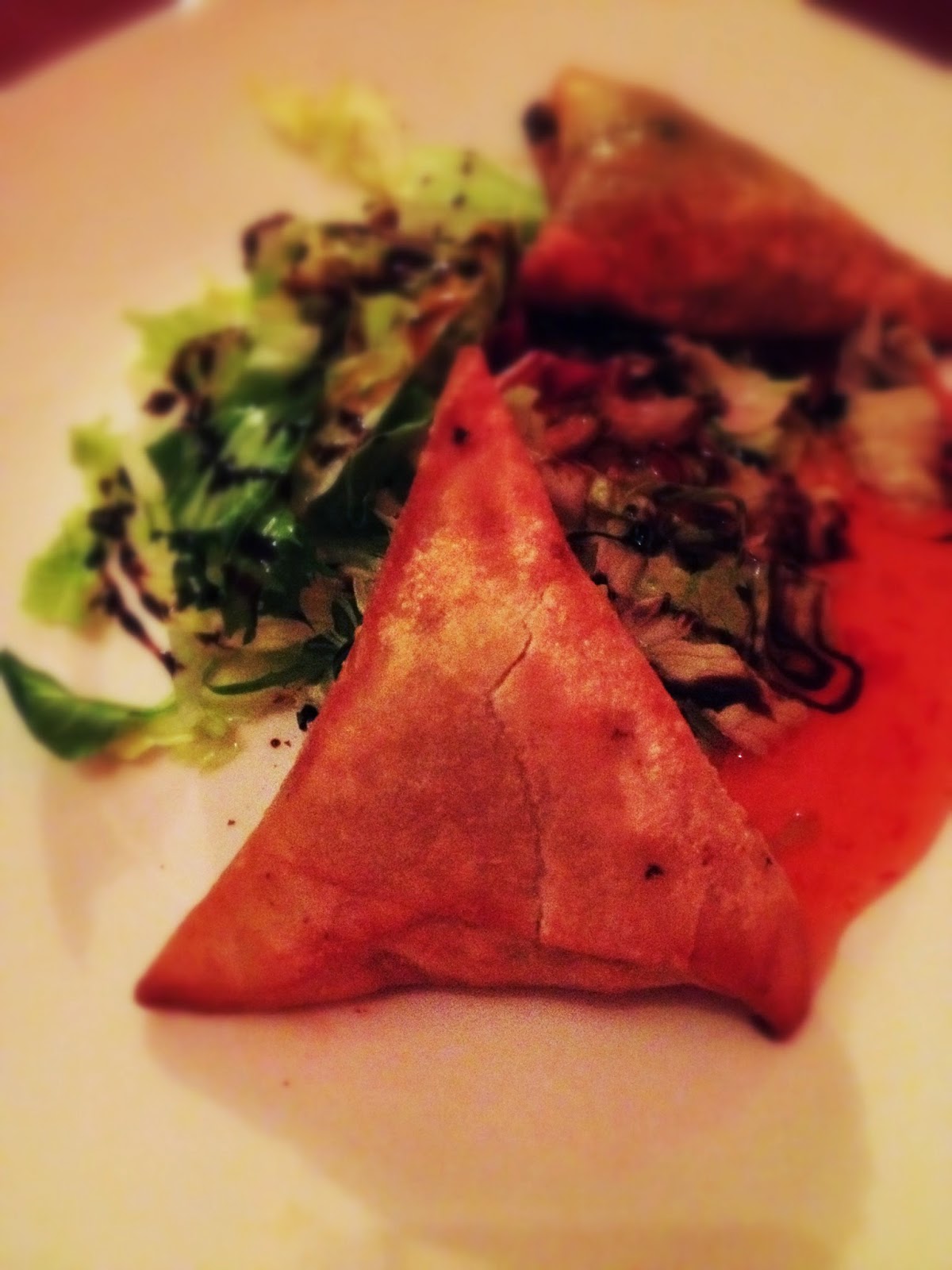 We finally made up our minds and I went for a cheesy, Anjeero & Digaag; a Somali omelette filled with chicken. It came with an iceberg salad, dressed with a mustard vinaigrette. Not quite what I had expected as typically Somali, but hey. It tasted quite nice, but after a few bites I became a bit bored with it. 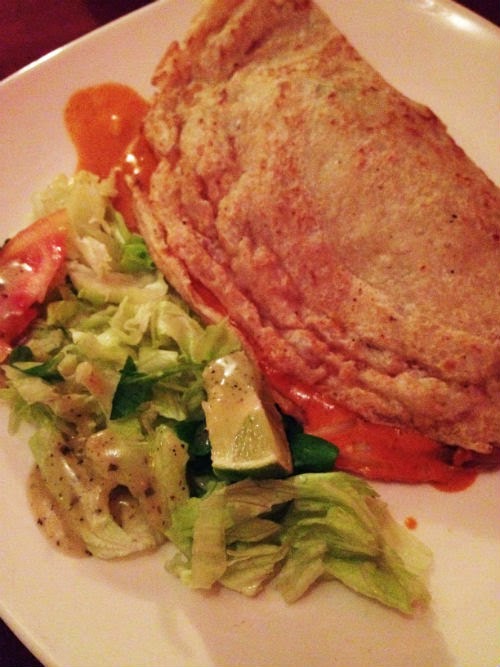 My friend went for a garab ari and soor with masago, which was a chewy lamb shoulder with a Somali corn bread, doused in a meaty jus. It was accompanied by the same iceberg lettuce and tomato salad as the one on my plate. She let me taste a bit of her food, but I wasn't too impressed. 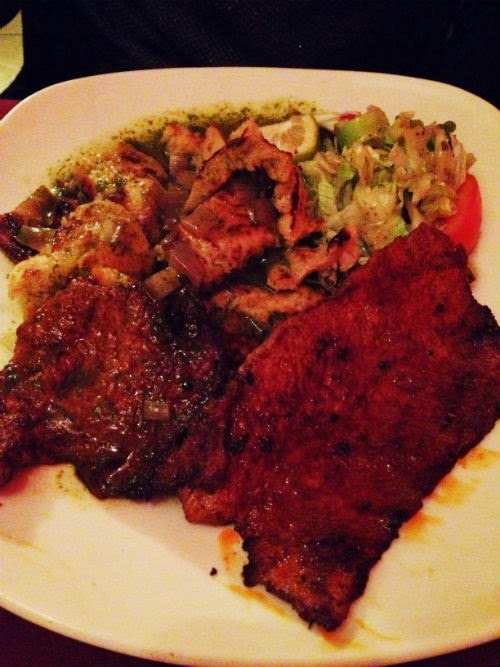 The Village doesn't serve alcohol, so after we'd finished our food, we made our way across the street to the pub and doused ourselves in some refreshing French white wine.