T.E.D. which stands for Think Eat Drink prides itself in serving food that has been sustainably sourced and prepared.  Not that you’d notice this if you were a walk-in guest, as they don’t flaunt this little piece of information anywhere in their restaurant. According to their website, they also salvaged a lot of used material in order to furnish the place. Successfully, I might add as it looks very cheerful and makes for a delightful place to spend a Saturday night with friends. We kicked off with some cocktails and pink bubbly while studying the menu. My friend went for a starter of tartare topped with a raw quail egg. There was a bit of a squabble about the presence of spring onions on my friend’s plate, because apparently they aren't real onions, but after that was rectified the tartare was a success. 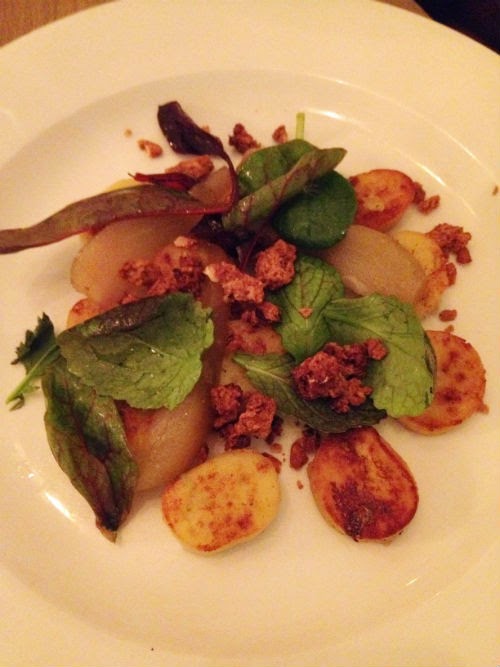 For mains our group of four was divided in halves and two of my friends went for the gnocchi, which apparently looked and tasted more like potato wedges. I and my other friend went for the pork belly which looked like a piece of art on a plate and tasted equally artful in my mouth. 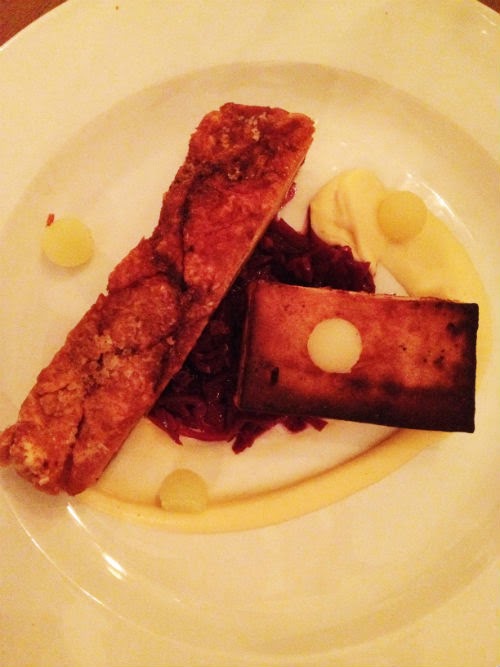 For desserts we kept the 50-50 split going and the two gnocchi friends opted for the chocolate dessert which was so rich they could’ve had done with splitting just one. I and my fellow pork belly friend went for the rice pudding, which was in one word yum. 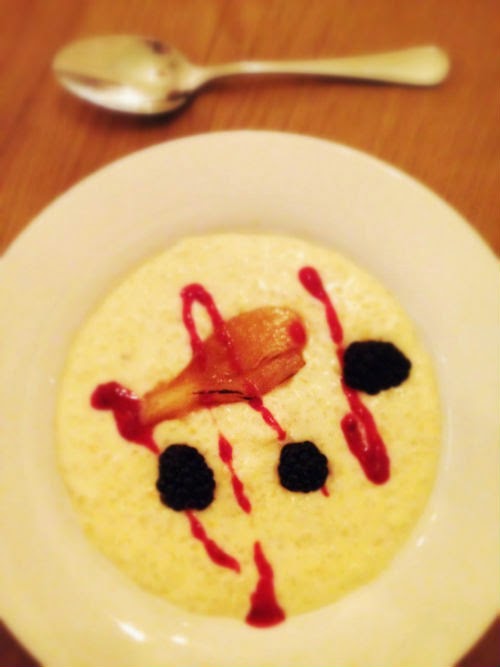 While enjoying cups of fresh mint tea we asked for the bill. T.E.D. might not flaunt the fact that they are a sustainability friendly restaurant,  you can certainly tell by the final amount on your bill. Caring for the environment apparently doesn't come cheap.