I always knew that the Pilgrims who set sail on the Mayflower on their journey to America, had come from Leiden in Holland. I didn't know that there was a museum dedicated to the same Pilgrims located here.

The museum is located in the old centre of Leiden in a picturesque alley way called Beschuitsteeg. It's housed in two beautifully restored, historic houses that date back to the 14th century. Apparently Pilgrims never actually lived here, but this little gem of a museum is so worth a visit, regardless. 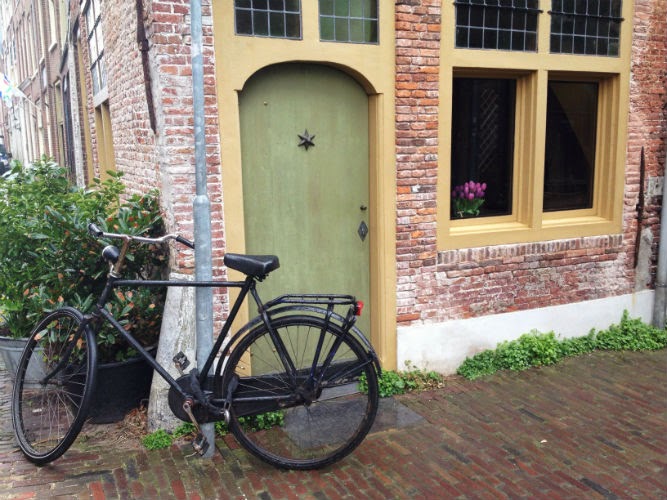 There are two rooms representing two different eras. The first one is also the main entrance of the museum. It might sound cliche, but when I walked through the Dutch door, I felt like Scarlett Johansson in the Vermeer movie; The Girl with a Pearl Earring. According to the curator Jeremy Bangs, who is American and very, very knowledgeable about Leiden's history and Pilgrims in general, everything in the room dated back to the 7th century. Not only the furniture, the books, the vases and paintings, but also the tiled walls and floors were what people in the 1600s would have decorated their houses with. There was even loo, hidden behind a wooden door off the room. 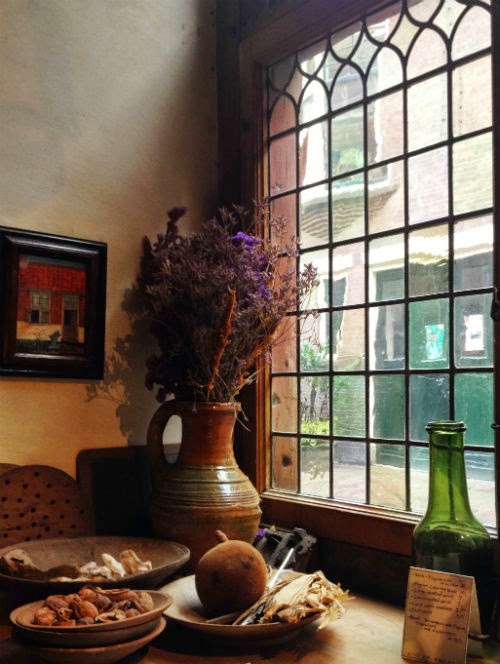 There was a poster rack with detailed outlines of the voyage of the Pilgrims from England to Leiden, and back to England to depart to the new country. I, however, was more captivated by the information coming from Mr Bangs. 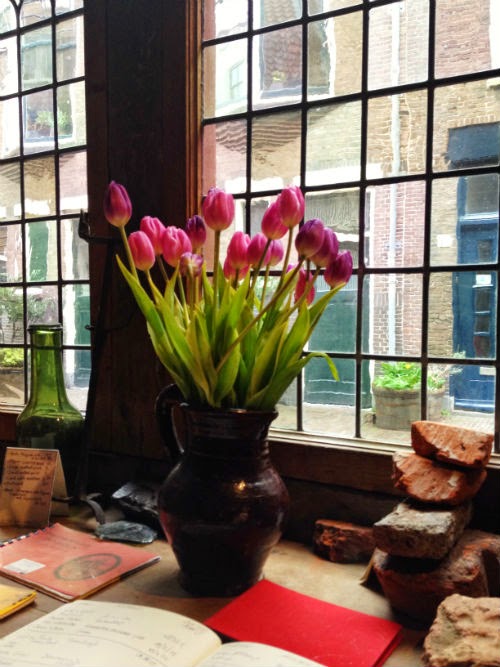 He took us to the other room which was located in the house next door. Slightly more spacious that the previous room, this one was laid out in 14th century style and used to be the living quarters of priests. Mr Bangs explained to us what it would have been like to live here and also showed us what some of the strange looking utensils were used for. 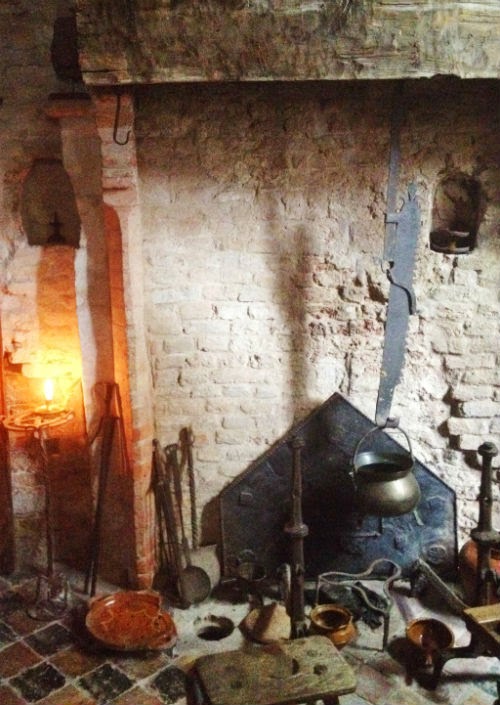