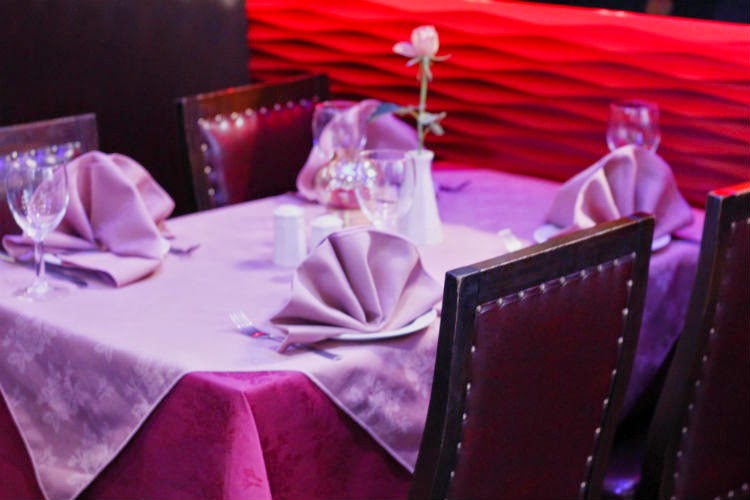 I’m eating around the world without leaving London and this week I had Armenian food at Erebuni. There are a few options for Armenian, but I picked Erebuni, because it sounded like a fun place, having a karaoke room and all. 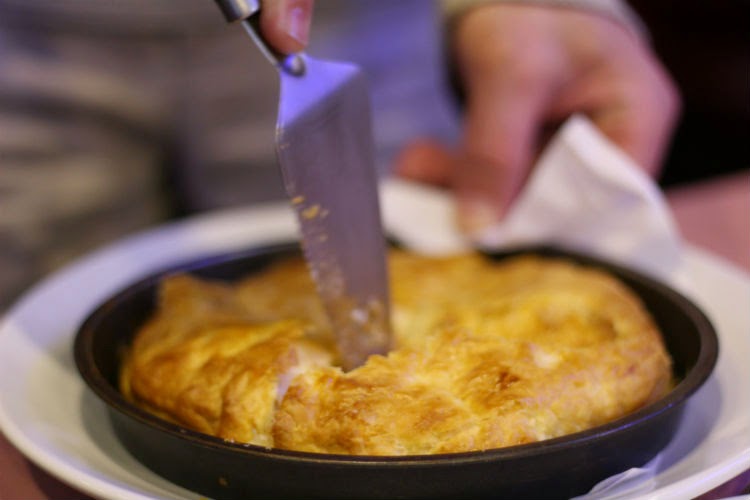 We went on a Sunday in the late afternoon and apparently this is the time when Erebuni holds its weekly pub quiz. In Russian unfortunately so we could only guess what the questions were. (I got the one about the Venga boys right) But we were here for the food anyways. Erebuni serves Russian and Armenian food as the owner is originally an Armenian born in Russia. He was really helpful when it came to picking what we were going to eat. 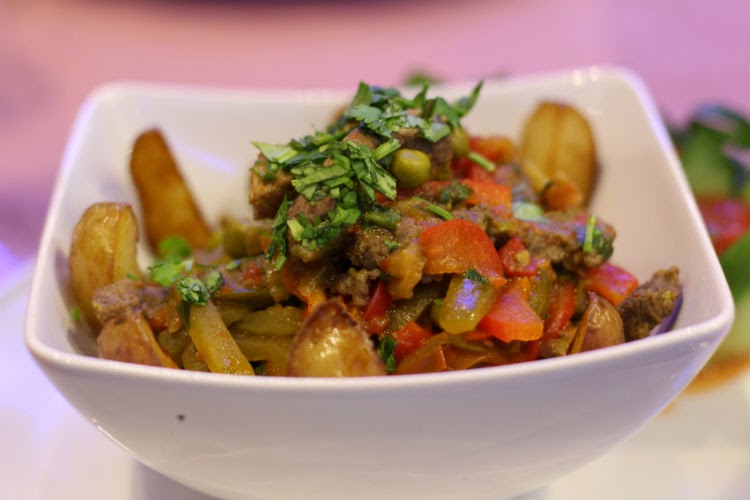 We started off with a cheese pie called khachapury. After googling I saw that this name is actually Georgian, but I think it’s a dish that knows no borders as I recently had it in Bosnia as well. Anyways, it’s puff pastry filled with creamy cheese and really tasty. For mains I went with Ker U Sus, which means eat and be quiet. The name alone sold it to me. It’s a dish made of succulent beef fillets strips, tomatoes and green and red peppers. It comes with fried baby potatoes. My friend went for the cabbage leaves stuffed with beef mince, rice and herbs. It’s really a Russian dish though, but it was delicious nonetheless. 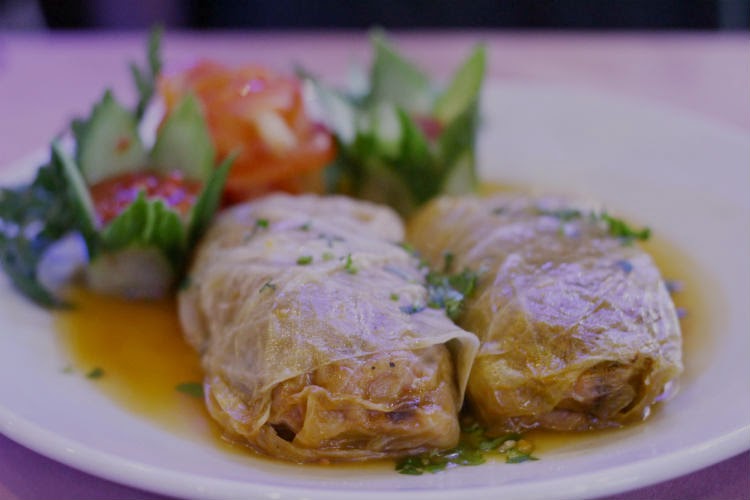 Armenian food is very filling, so there was no room for desserts. So instead the owner came over with a tray of cranberry vodka shots. Twice. He happily joined in, which made me wonder in what state he closes up every night if he does that with every table. Besides the vodka shots, he shared some personal stories with us. He told us he’s actually a bit of a celebrity as his restaurant acted as the set for the movie Eastern Promises and that he’s an extra in the movie as well.

We had a great night at Erebuni, with lovely food and a lovely host, so do go and check it out if you fancy Russian/Armenian food. But if you go on a Sunday, brush up on your Russian for that pub quiz. As it seemed like a hoot.
Email ThisBlogThis!Share to TwitterShare to FacebookShare to Pinterest