With all that sea surrounding the island of Jersey you can't really go wrong finding good seafood restaurants here. Crab Shack in Jersey is one of them. My friend and I had dinner at their Gorey branch last week and we both loved it. 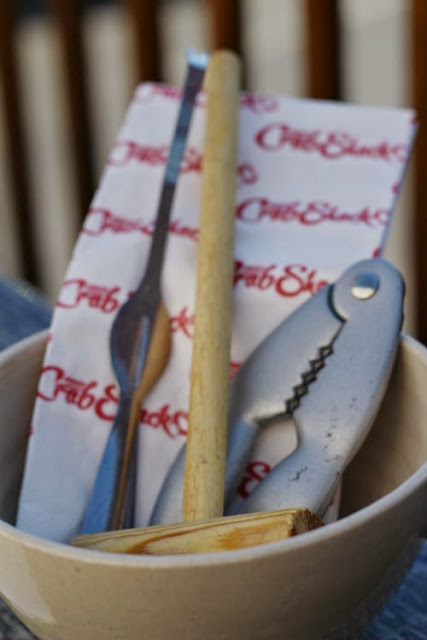 Not sure if the Gorey branch beats its sister branch in St Brelade in terms of setting as that one sits right on the beach. But he Gorey one also boasts some cool views of the small harbour and Mont Orgueil castle. The food is of course predominantly fish and shellfish but meatarians and vegetarians can eat their hearts out here as well. 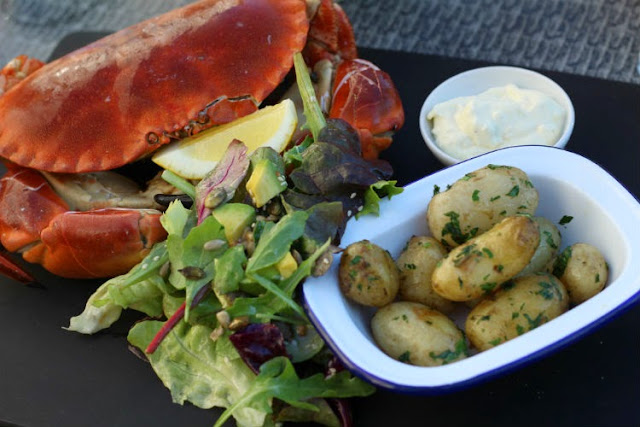 The menu features traditional fish and chips crab wraps and pasta with seafood but there are also chicken and burgers on the menu. There ate daily specials of which my whole Jersey crab was one of them. It was my first time eating one so I was in for some hard core crab action. Luckily I was equipped with a hammer and a hook so I managed to get most of the meat out of the claws and legs. It was delicious but it was hard work as it involved a lot of cracking and whacking. 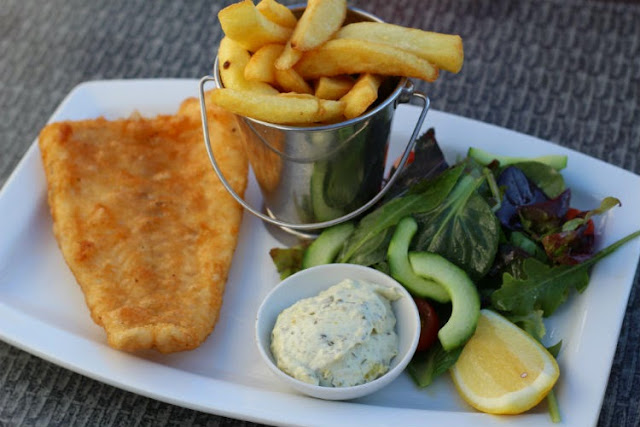 My friend went for the easy option and had fish and chips. She finished her entire plate so I took this to mean she liked it as well. We were both craving something sweet but not an entire portion of cheesecake or crumble so we went for the White chocolate dip with marshmallows and strawberries. 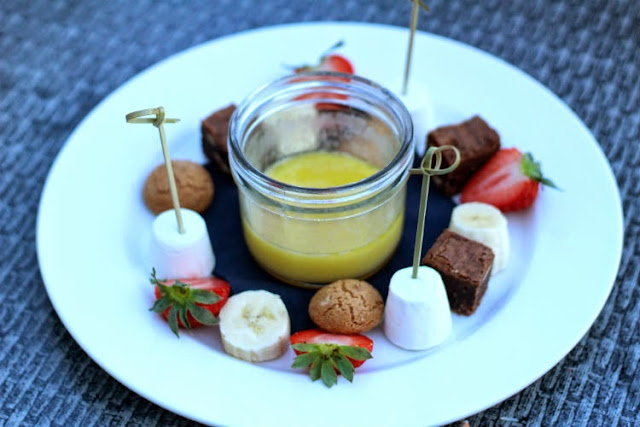 We stayed at our table which was outside on the porch till the sun went down and it got too cold. Crab shack got a big fat thumbs up from the both of us.