I’m eating around the world without leaving London and this week I had Georgian food at Little Georgia.
Many people have asked me what has been my favourite or my most surprising on this foodie world tour in London so far, and, people, this one is it.

There are two Little Georgias in London and we went to the one near Angel. This one has only been open for four years versus its older sister in Hackney which has been running for 12 years.
The Angel restaurant pretty much looks like any ole English gastropub, with a dash of Soviet here and there. It’s a bit away from Upper Street, but for a Wednesday night the place was pretty busy. 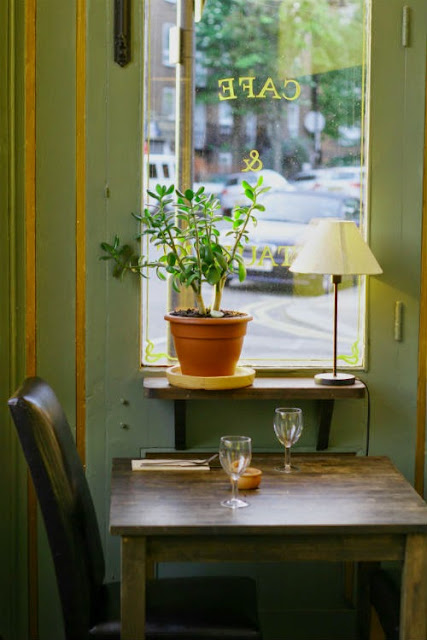 The drinks menu offered a wealth of Georgian wines and we went for a white Tsinandali which had a fruity flavour and went down very well. In fact so well, we ordered a second bottle instead of dessert.

We wanted to taste as many different Georgian flavours as possible so we ordered a mezze to share. Besides a cheesy bread we were served a plate of Russian salad, spinach pate,  mushroom salad, green bean salad, a stuffed red pepper and a stuffed aubergine. Not only did it all look fantastically colourful, the combination of ingredients and flavours was amazing. 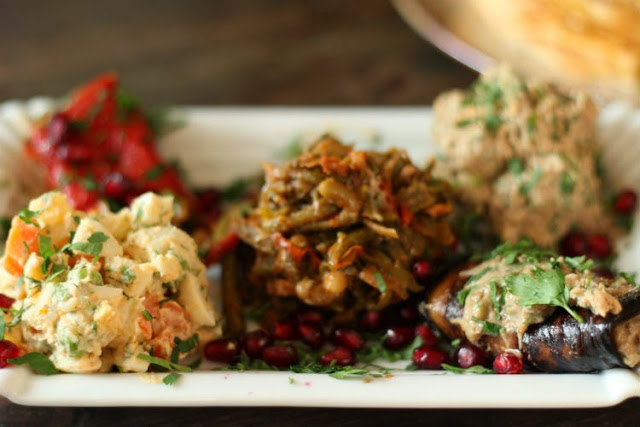 I have a thing for aubergines so for my  main I went with ajabsandali; a lovely aubergine and tomato dish which was drizzled with melted mozzarella and sprinkled with Georgian herbs. 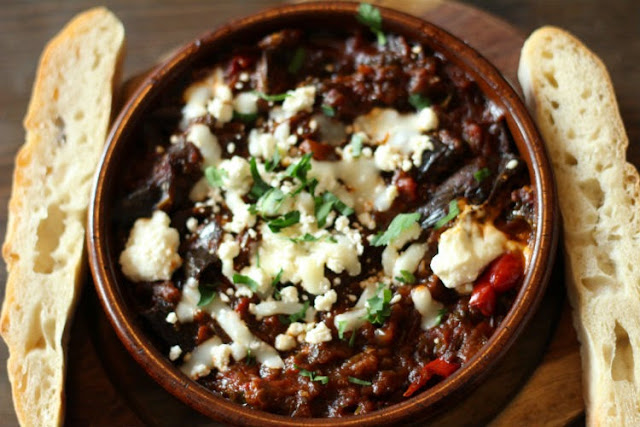 My colleague was dying to try the Georgian walnut sauce so she had the poussin which was covered in a generous helping of the stuff. 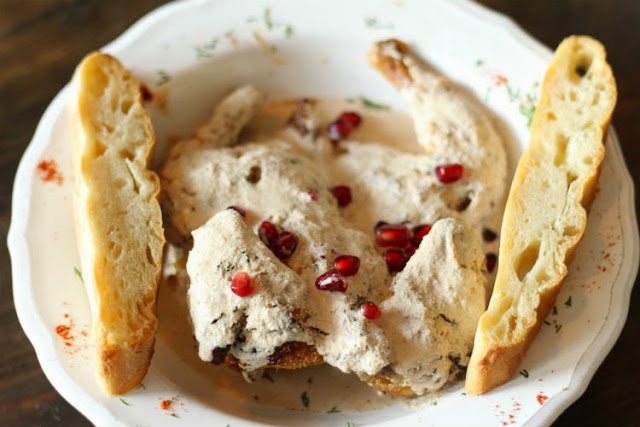 My other colleague, who is from Romania, went for a dish called  kotnis lobio which was a bean soup with smoke pork and had pickled cucumbers on the side. He said he loved it as it reminded him a bit of a dish he used to have at home. 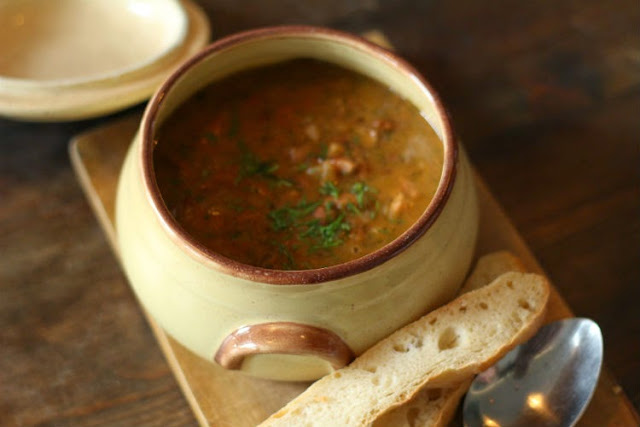 Like I said, we didn’t go for dessert, but enjoyed the lively vibe for a bit longer with our second bottle of wine.

Little Georgia is definitely a winner and one to go back to very very soon.