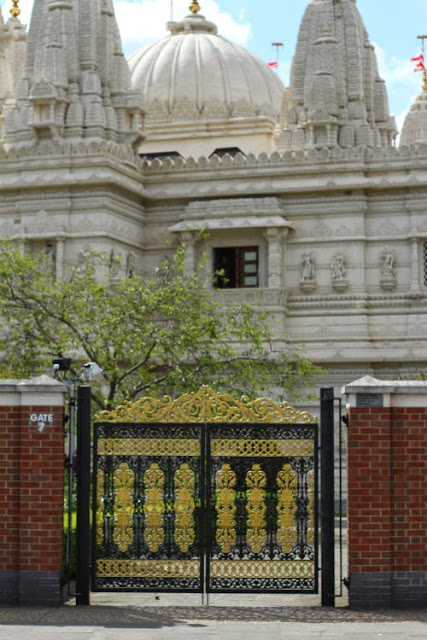 Tucked away far far north in London, stands a Hindu temple known as Neasden Temple. A construction that wouldn't look out of place in Delhi. 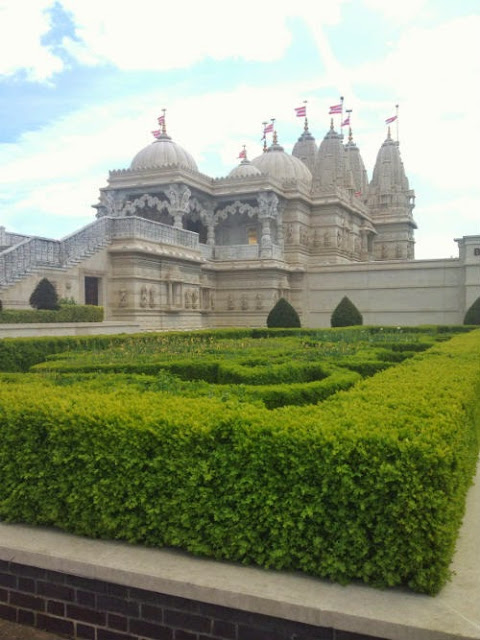 Baps  Shri Swaminarayan Mandir as it is officially known, was so on the top of my list to go and see and today I made the trek up north on the Jubilee Line to Neasden. The walk from the tube station to the temple is not exactly scenic, but once you've passed the temple of furniture a.k.a. Ikea, all of a sudden you see the top of the flagged steeples towering over the roofs of the humble residences nearby. 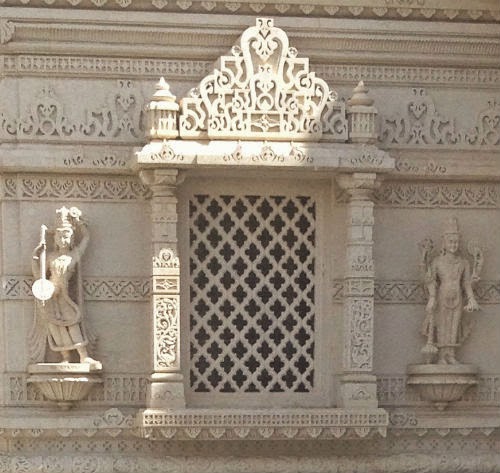 This impressive building which was only built in 1995 is made out of Italian and Indian marble, and boasts some incredibly detailed stone carvings. 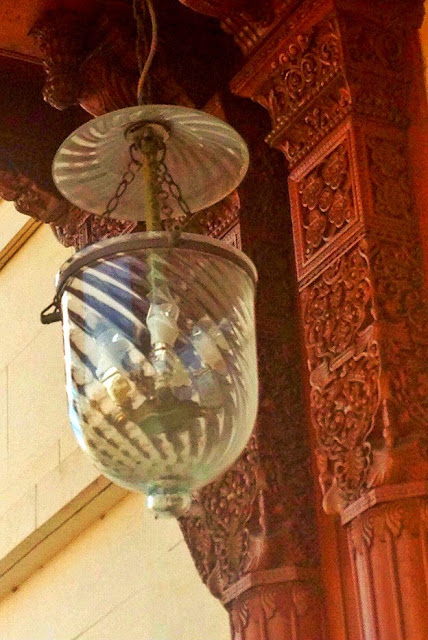 Unfortunately I wasn't allowed to bring in my camera so you'll have to believe me that the inside was just as incredible. The main hall was an indoor courtyard with a wood carved pillars decorated adorned with peacocks and elephants. 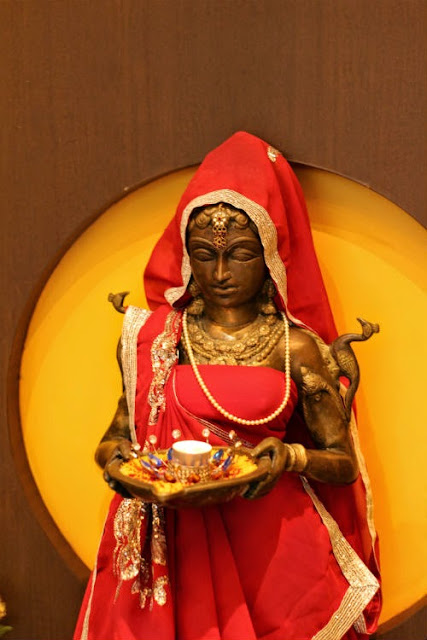 After taking off my shoes I walked over to the inner sanctum which was a bright, marble room with seven decorated altars dedicated to different gods. In the centre there was a circle of ornate pillars with more carvings of what I think were Hindu deities. I looked up and the ceiling was just as impressive, maybe even more if you think someone had been carving it way up there at some point. 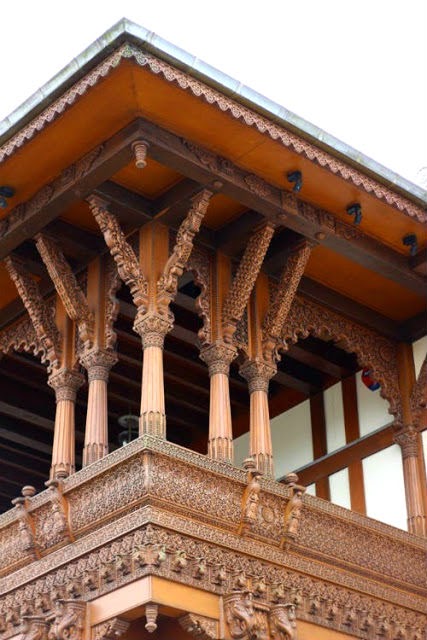 After collecting my shoes and my camera I headed over to the shop and restaurant where fragrant smells of curry were beckoning me to go in. I ordered a veggie curry with rice which I thoroughly enjoyed on the porch outside. 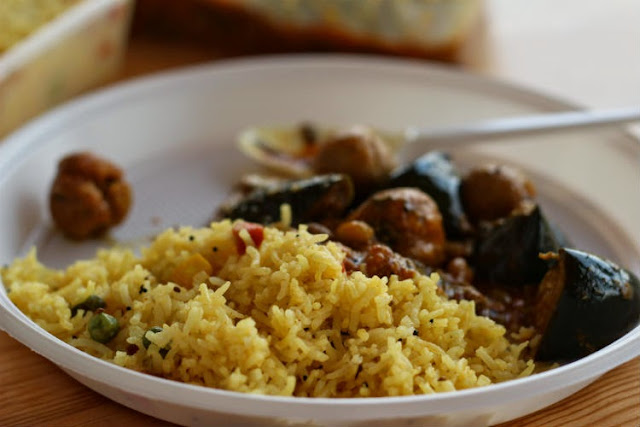 If I hadn't known any better, I'd almost think I had spent the afternoon in a city in India.
Email ThisBlogThis!Share to TwitterShare to FacebookShare to Pinterest