The Line an Art Walk in London


New York has got the Highline, an abandoned railroad that has been turned into a park. Of course London can do one better, so we can now call us the proud owner of The Line; London's first art walk. 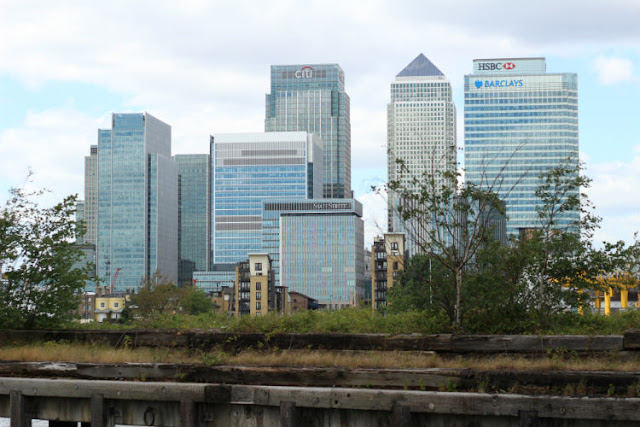 The Line is a walking trail that runs from North Greenwich to Stratford following the Meridian line. It is dotted with pieces of modern and contemporary art and so far it counts twelve sculptures with more to come. 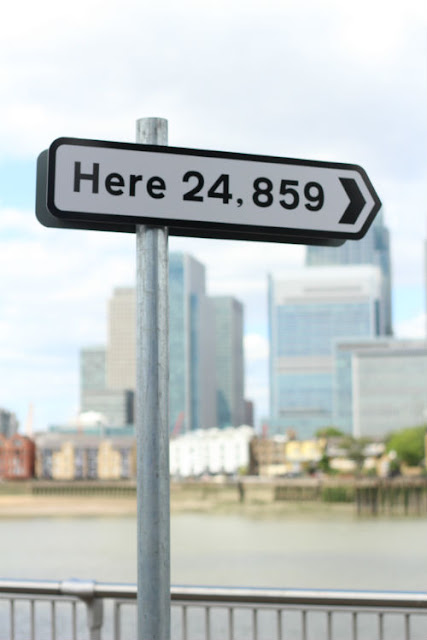 I kind of like modern art and I love walking, so I decided to go and check it out. I started at the O2 which some might say is a work of art in itself. The Line starts on the stretch of Thames Path behind the O2 with a sculpture called 'Here'. If you're wondering why it's called that, it's probably because it looks like a street sign that says 'Here'. 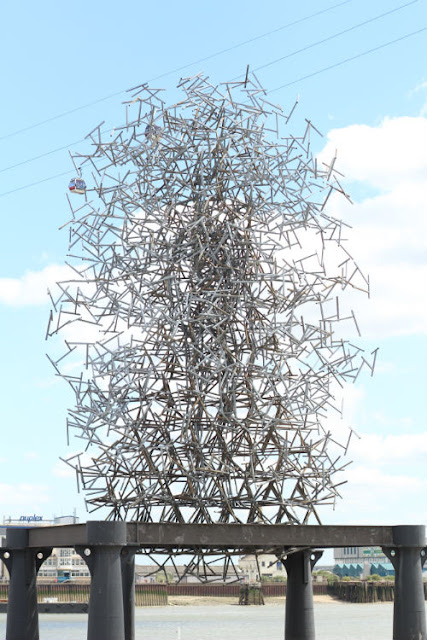 The next one is about 100 metres further to the East and blends in so well with its surroundings, that I'd almost missed it if it wasn't for some fellow Line Walkers pointing it out to me. It's a rusty part of an old freight boat called A Slice of Reality.

I walked on to the next one that sat right under the Emirates cable car. The walk continues on the north side of the Thames so I hopped on the cable car and continued my quest in Victoria Dock where you I found three pieces; One statue of a giant Lego like man, and two chunks of metal. 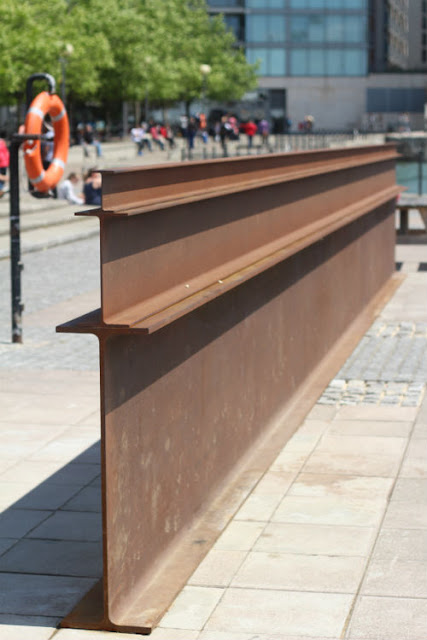 The walk suggest to take the DLR to Star Lane, but I decided to walk there, it's an art walk and not a train walk after all. Walking through industrial bits, along busy roads and under overpasses I started to see why they suggested taking the DLR. At Star Lane it's a short walk towards Cody Dock where things get scenic again. 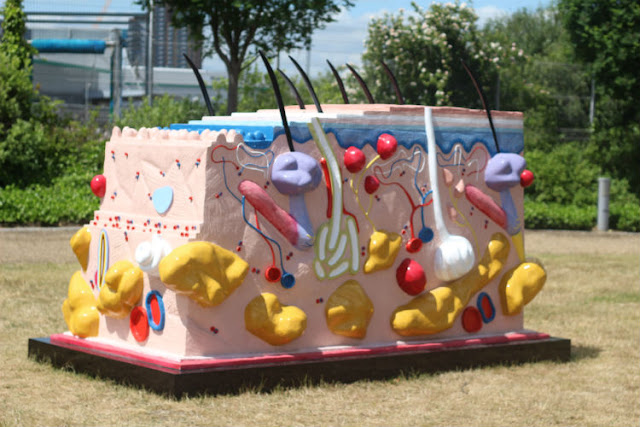 Here you'll find a piece by Damien Hearst and one by Abigail Fallis. The walk continues towards historic Three Mills, but unfortunately you have to walk along the road instead of the Lee River to get there. A real shame as this is such a lovely part of London. 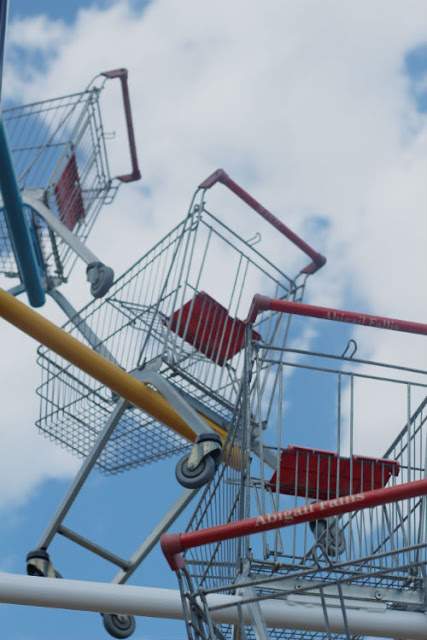 At Three Mills you can apparently watch a video by Bill Viola, although all I found were tea and cakes, so I walked on towards the last stretch of the walk in Lee Valley Park where I found the last sculpture. A giant man on his mobile. 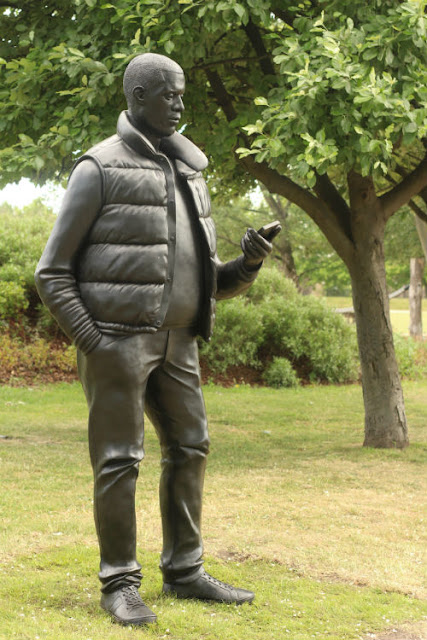 I exited the park and made my way to the tube through Stratford high street, which made me wonder why the organisers chose to follow the not so scenic Meridian line vs say the uber picturesque Lee River. But maybe that's because I love walking and kind of like modern art. 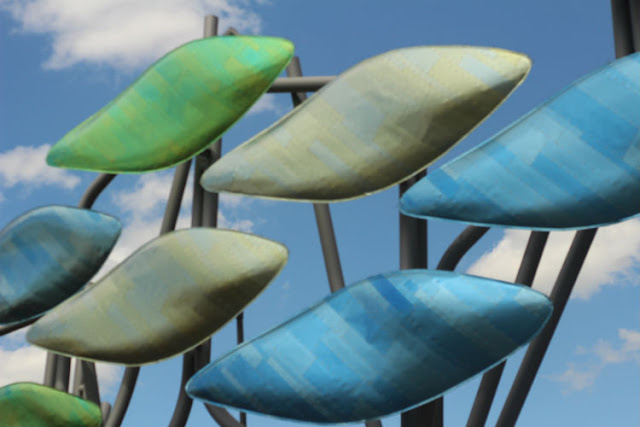 If you want to check out The Line for yourself, have a look on their website. (Which is slightly crap when it comes to using their map.)