I'm eating around the world without leaving London and this week I am having Burmese food at Mandalay.

Burma is still a bit of mystery as the country only just opened up to tourism recently. I have yet to go, and I don't know many people who've been. So needless to say that the Burmese kitchen was an even bigger mystery to me. Till today.

I headed out to Mandalay on Edgeware Road, the only Burmese restaurant in London according to Google.

The restaurant is located at the far end of long string of brightly lit Middle-Eastern restaurants that Edgeware Road is known for. Mandalay is a bit of the odd one out; no neon on their facade. It's pretty low-key inside as well; minimalist furniture and a couple of Burmese pictures adorned the sterile, white walls. It did feel a bit like those street places I'd been to when I was in Bangkok, so Mandalay ticked the box of authentic atmosphere.
The menu on the other hand, not so minimalist. My friend and I were both rather overwhelmed by the choice of dishes they offered, but the ever so useful question of 'What's the most authentic dish on the menu' did the trick.

We started with a sharing platter of three fritters; a shrimp and bean sprout fritter, spinach fritter and a calabash fritter. They came with a trio of dips; soy, tamarind and spicy chili sauce. 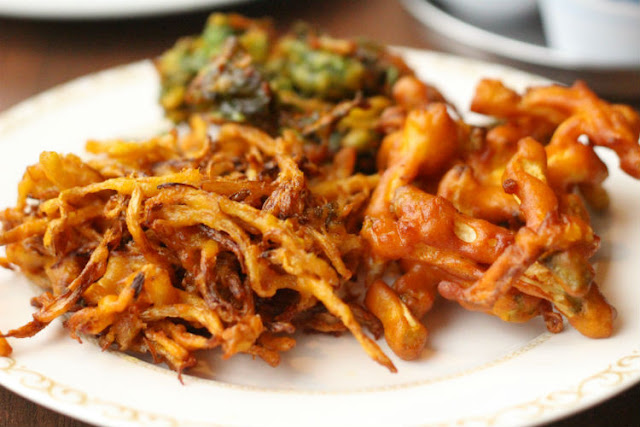 For mains I had a lamb in a tangy tamarind sauce and I ordered a bowl of coconut rice which combined rather well. 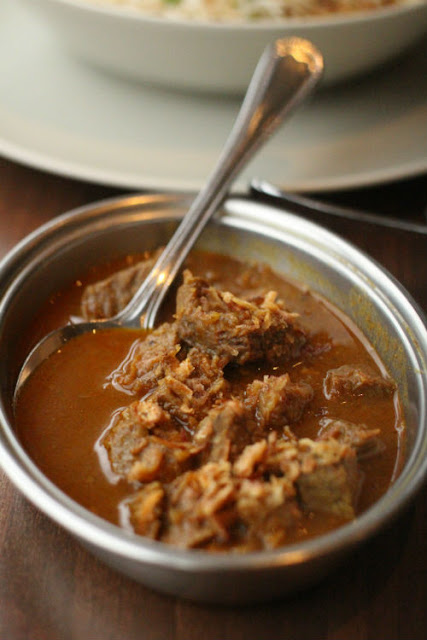 Jacintha had a pretty looking shrimp and noodle curry which according to the lady who served us, was the national dish in Myanmar. It was delicious, but so incredibly spicy that Jacintha broke out in a sweat after just one spoonful. Coconut rice to the rescue. 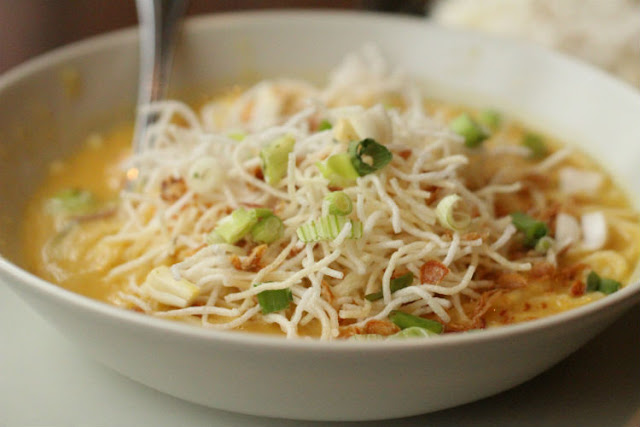 There were some yummie sounding desserts on the menu, but neither of us were craving something sweet. We finished our wines and headed back out into the forest of neon that is Edgeware Road.