A Walk around Breda


When you live in a city or town, you don't normally tend to visit any tourist attractions or iconic sights. I grew up in Breda and always took the entire city for granted. Last weekend though, on a family trip back home, I decided to put my tourist hat on and walk Breda and its charming sights that it is home to. 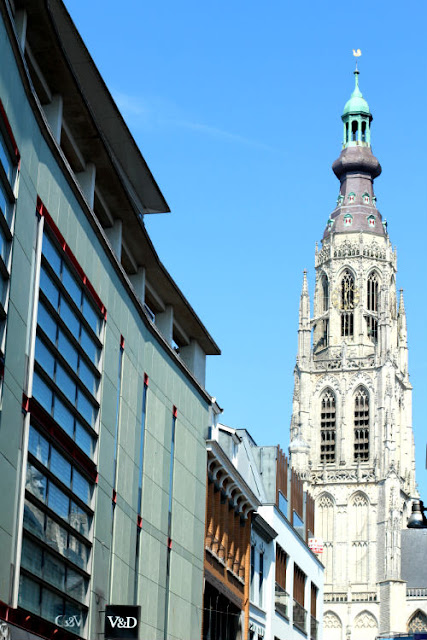 I started at the main market Square also known Grote Markt, which on a summer's day is heaving with people having a drink out on one of the many pavement cafes. In fact the entire market square turns into one big pavement café, giving the heart of the city a buzzing vibe. Literally. My favourites are Sam Sam café where I used to hang out after school as a teen and Parc, a trendy cocktail bar which also serves delicious meals. 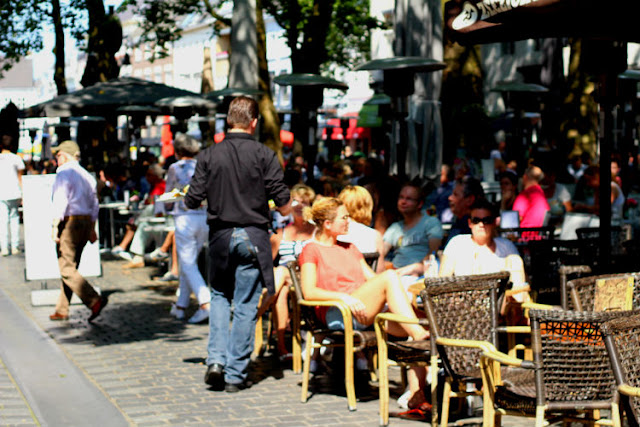 Towering over all this Brabantine 'gezelligheid' (loosely translated, this means great atmosphere only found in the province of Brabant.)  is the iconic Grote Kerk, the Gothic church which was built in the 15th century by the forefathers of the Dutch royals.  With its impressive ceiling, numerous tombs and colourful murals, It's just as impressive inside. Don't miss the mausoleum in the Prince's Chapel behind the choir; it houses the mausoleum of the princes of Orange Nassau where the ancestors of the Royal family are buried. 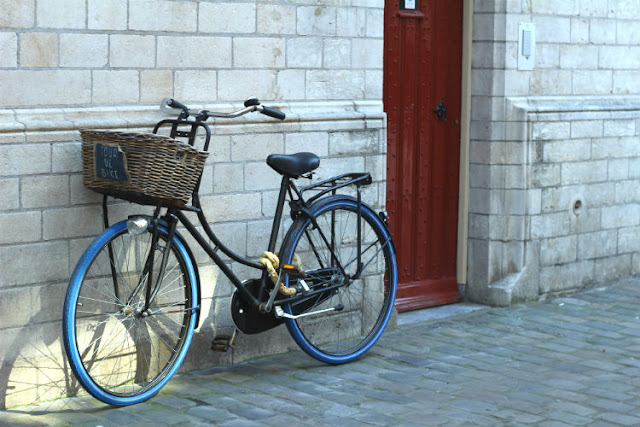 From the church I headed east and then north towards the castle of Breda which has seen many occupants throughout the centuries. Once the residence of the Nassaus, then occupied by the Spanish, it's now home to the Royal Military Academy. You can only visit on guided tours, but form the Castle Square and the Valkenburg Park, the former palace gardens, you'll get some pretty views of this historic Renaissance palace. 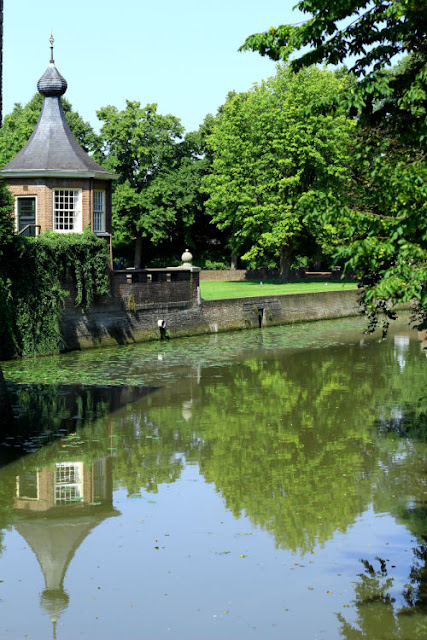 I continued my walk with a little detour through the park and on to the Begijnhof. I'm not 100% how to translate this, but it's a picturesque little courtyard that used to be the home of pious Catholic women who devoted their lives to their religion. Kind of like nuns, but a little less strict. They had personal possessions and made their own money, but they were unmarried and wore a habit like gown. 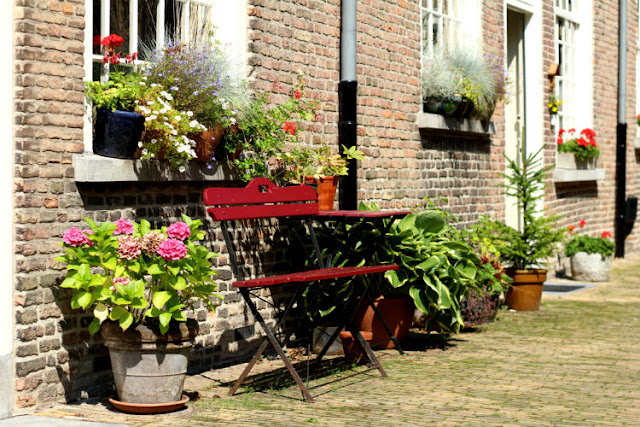 Today the courtyard is lived in by elderly women and men and it's open daily for visitors. There is a little museum that tells the story of the courtyard and the women that lived here. 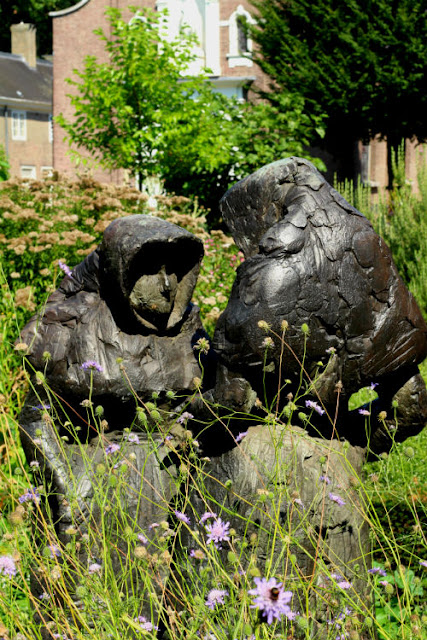 Across the street I popped into the Willem Merkx garden; a little green oasis in the heart of Breda. It's a communal/ public garden named after a former mayor of Breda and it's dotted with several sculptures. 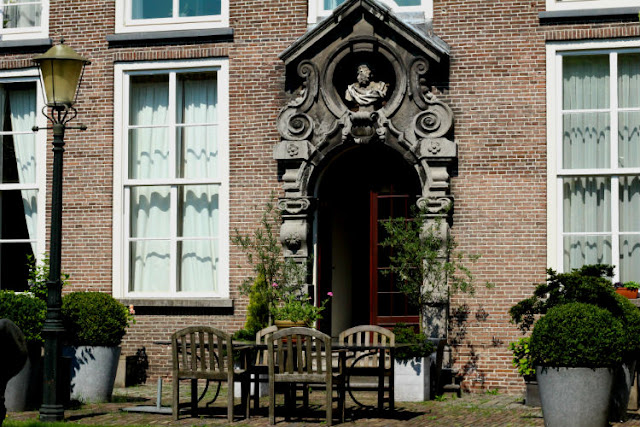 It's a nice place to spend a few quiet hours with a book or just enjoy the silence. 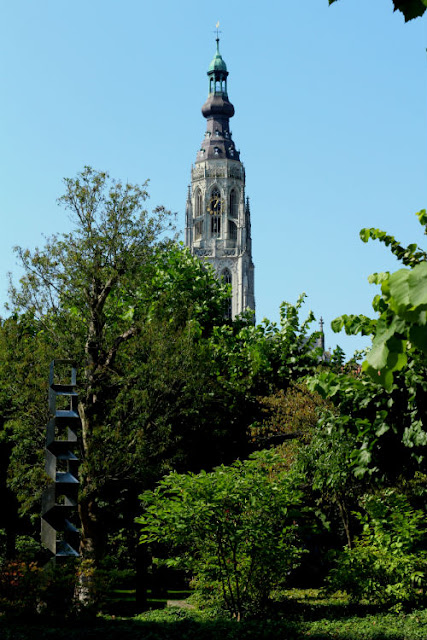 I concluded my visit of my home town in the harbour which was the location of Breda's version of the Trojan horse. When Breda was occupied by the Spanish, Dutch soldiers snuck into the castle grounds through the water gate hidden under stacks of peat and a tarpaulin on a peat barge.  The Dutch soldiers managed to enter the Spanish headquarters,  fought and beat the Spanish soldiers and subsequently got Breda back into Dutch hands. Standing on the High Bridge, you can still see the water gate aka Spanjaardsgat, although apparently it is not the very one the barge actually went through. 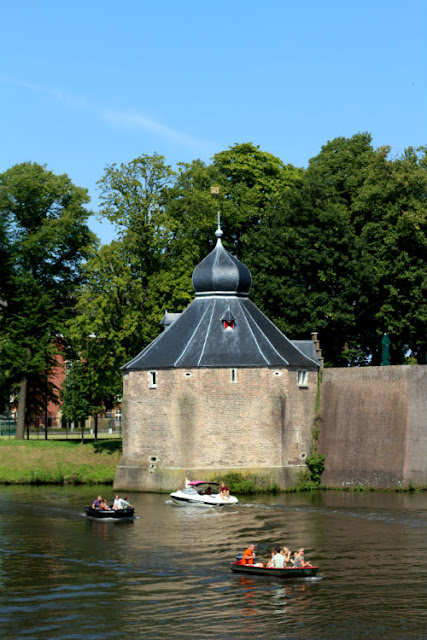 On the other side of the bridge, which has fallen victim of the universally popular lock craze, the recently re-opened harbour is a brand spanking new hub of activity. In summer you can  hop on a canal tour here, listen to open-air concerts or enjoy a meal or a drink at one of the lively pavement cafes. 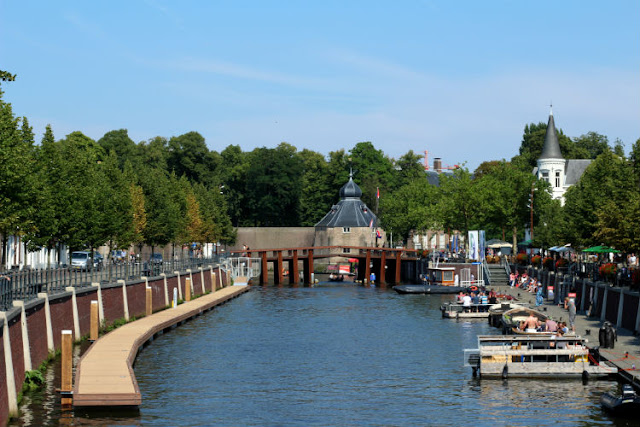 Tired of walking around and snapping pictures, I headed to In Kannen en Kruiken, a trendy lunch spot with a super chilled city garden and indulged in a plate filled with apple pie and topped with an enormous dollop of whipped cream.  Playing tourist in your home town, sure does make you hungry. 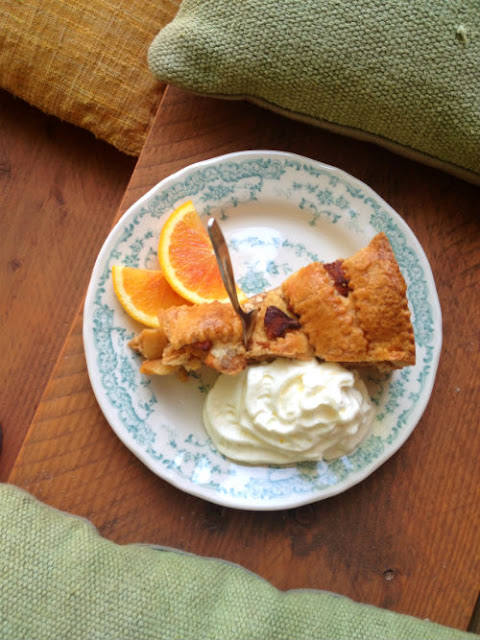