Micro-breweries are so hot right now, and from what I've heard, extremely hot in Bermondsey. I was recently told that there is such a thing as the Bermondsey Beer Mile Crawl, which takes in 6 micro-breweries and a bottle shop. All within, you guessed it, 1 single mile. If you want to do all of them at a leisurely pace, you'll need to star early-ish. We started at 2pm and only managed to try four, which frankly was quite enough beer that made its way into my body. 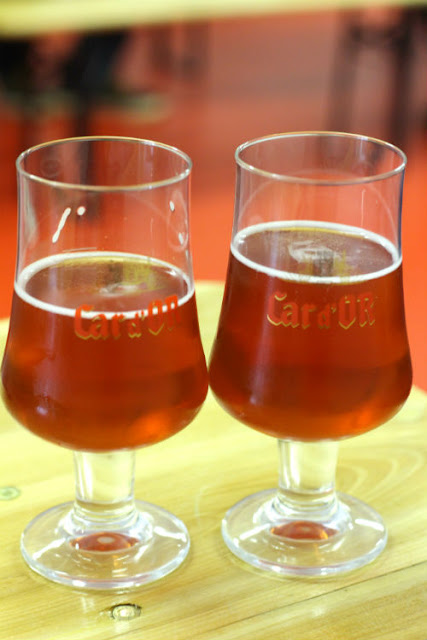 We started at the Bottle Shop located under the train arches on Druid Street. Technically not a brewery, this place sells a lot of beer from here and abroad; there's beer from Belgium, Denmark, Canada and even from the USA, with funny names like Idjit or Prairie-vous-Francais. My friend and I both had a cherry flavoured beer from Belgium, which had a very smooth after taste. (Sorry, but I forgot the name of the brewers...) We lingered around a bit in their upstairs beer hall with German style tables and benches.

We walked down the road a bit, where the queue was out the door of the Anspach and Hobday Brewery, but we managed to find a table inside. For £6 we ordered a flight of three types of ale, brewed right on the premises. We had the Indian Red ale, the Indian pale ale and a regular pale ale. My favourite was the pinkish Indian Red ale as the other two tasted slightly bitter on the palate. 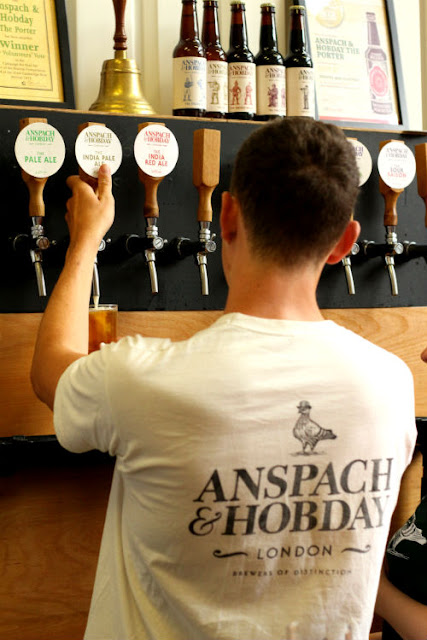 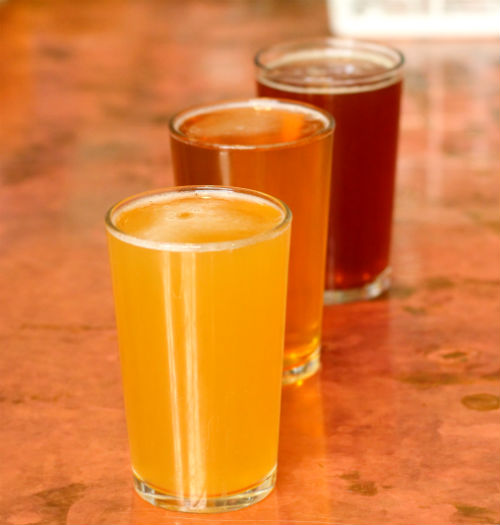 After a short p-break, ( yes they all have loos available) we walked on over to Enid Street on the other side of the tracks and found Brew by Numbers where people were draped on stacks of crates. Inside it was heaving as well and we had to queue to get a drink, which we drank draped on those stacks of crates outside. We both went for their witbier which came in a pretty looking glass. Smartly, these guys charge a £3 deposit for the glasses, to make sure you bring them back. Although some people didn't seem to get this and just left their glasses behind, which we gratefully collected the deposit for. Shhhhh, 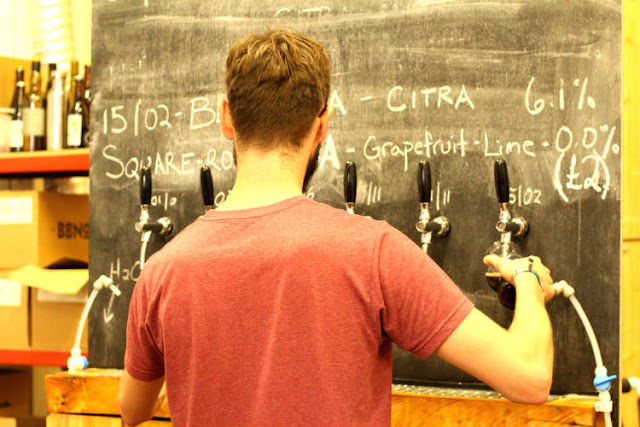 By this time it was going on five pm, which is when most of the breweries close. The one that stays open till 6pm is the Southwark, so we made our way back towards Druid Street, with a little detour across Maltby Market. The place was still heaving as I think many of the Beer Mile crawlers end their day here. I went for an American ale which was slightly lighter according to the description. 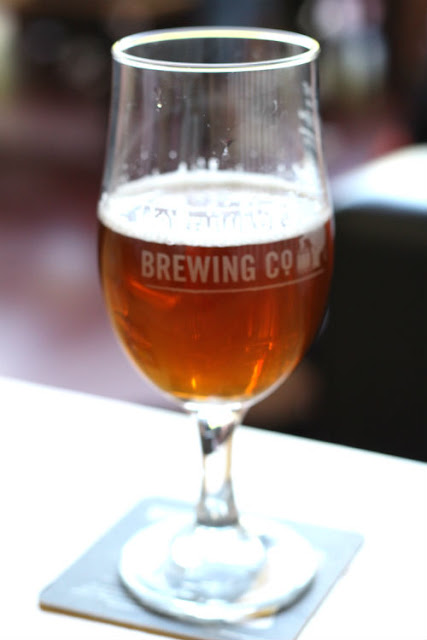 I was surprised I was still able to walk straight after all that beer, and my friend and I managed to find our way back to London Bridge Tube Station just fine. Four down, three more to try, which I'll save for another sunny Saturday afternoon. 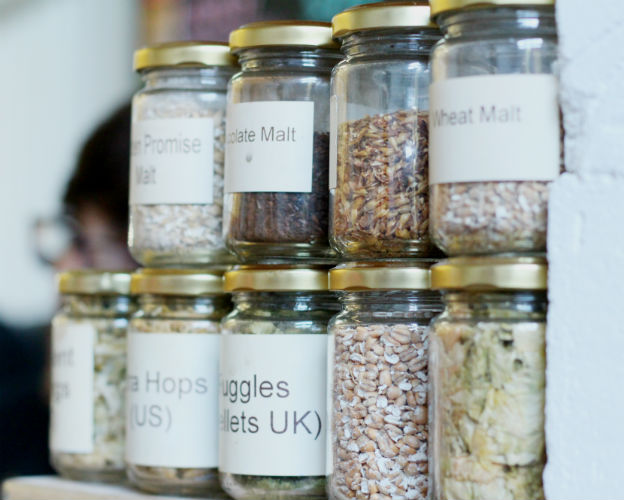 If you fancy walking or rather drinking the Bermondsey Beer Mile, have a look at this handy little guide.