I'm eating around the world without leaving London and this week I had Cambodian food at Lemongrass in Camden. I was very much looking forward to this one as I remember I loved the food when I was travelling through Cambodia a few years ago. I decided to go on my own, as sometimes you just want to enjoy a meal on your own. The restaurant was an unassuming little place located off the main drag in Camden. Which meant that I had the place pretty much to myself on a Thursday night. I settled in with a cool Tiger beer and a complimentary basket of crispy prawn crackers. Which was well needed, as my main dish took a wee while to be cooked. 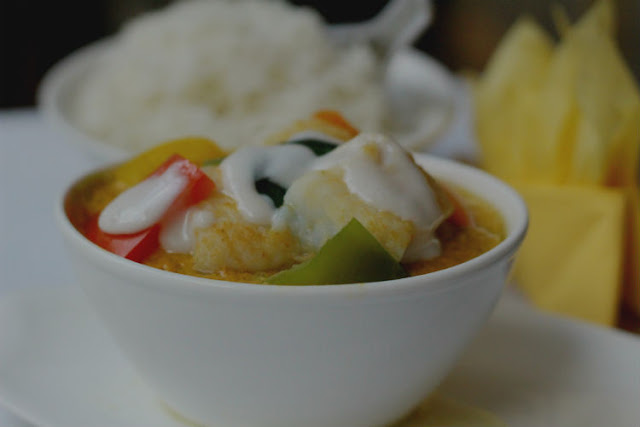 I went for a truly Cambodian dish called fish amok which needed a some more attention in the kitchen. The fish in this typically Khmer dish is carefully steamed to perfection and it was worth the wait though. The fish was folded into a fragrant yellow curry sauce, which was filled with red, green and yellow peppers, some bamboo shoots and cabbage leaves. The dish was served with a drizzle of coconut cream on top. It was a colourful sight to see. 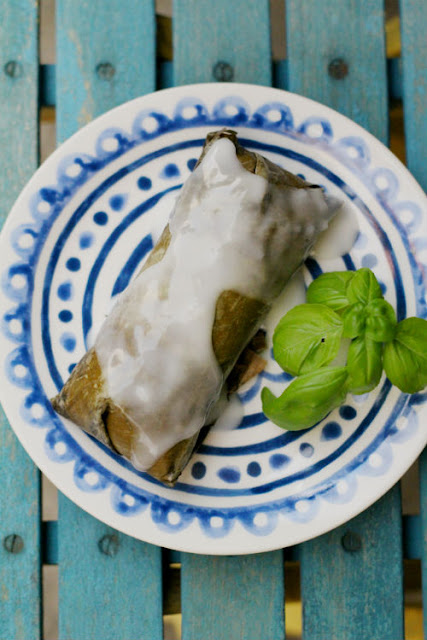 I had already taken a glimpse at the desserts menu earlier and as full as I was, I decided to treat myself. This was a date with myself, after all. I decided to take it home though, and digest my main on the way home. I had the fried banana enrobed in sweet and sticky rice which was wrapped in a banana leaf. It came with the same coconut cream that I drizzled over the gooyness and, oh my, did it taste amazing.

Lemongrass is the only Cambodian restaurant in the city, so I can safely say, it's also the best!