I'm eating around the world without leaving London and this week I had Chinese food at Yauatcha in Soho. 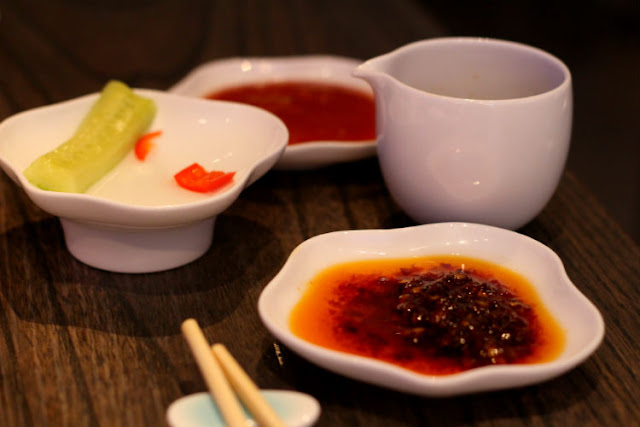 Now I know I could be challenged for the fact that Yauatcha isn't technically real ethnic Chinese food, but I'd been dying to try their dim sum. Yauatcha is the more affordable little sister of the Hakkasan restaurant, but probably just as sleek. On their menu you will find modern Chinese food and all day dim sum, served up with a side of style. 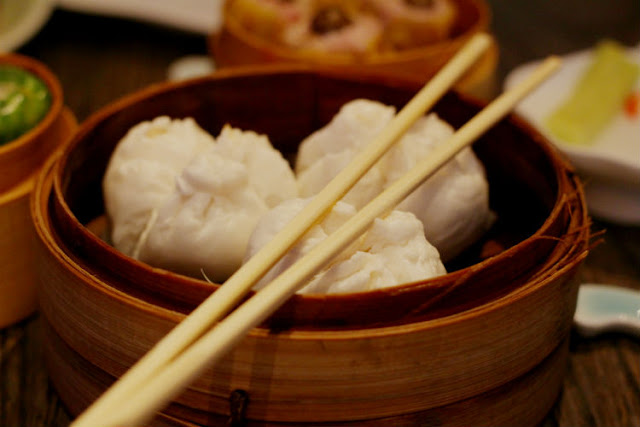 Their drinks menu is slightly overwhelming and I'm talking price here, not variety... The cheapest glass of wine starts at £7 so you might as well go all out and order one of their exotic, fruity cocktails. (I had a beer.) Our waiter came over with a tray of pretty looking bowls with some soy sauce, a spicy sauce and tangy pickled cucumbers. 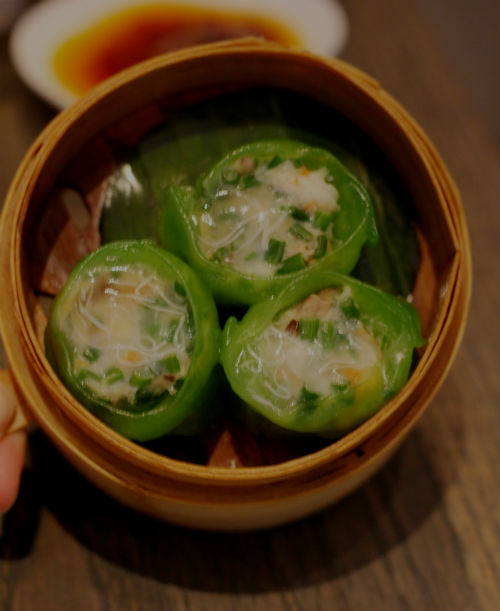 We were at Yauatcha for their dim sum and we each ordered three dishes.  I love steamed pork buns so they were first on my list. I also went for a portion of shrimp and chive dumplings and the spicy pork dumplings. 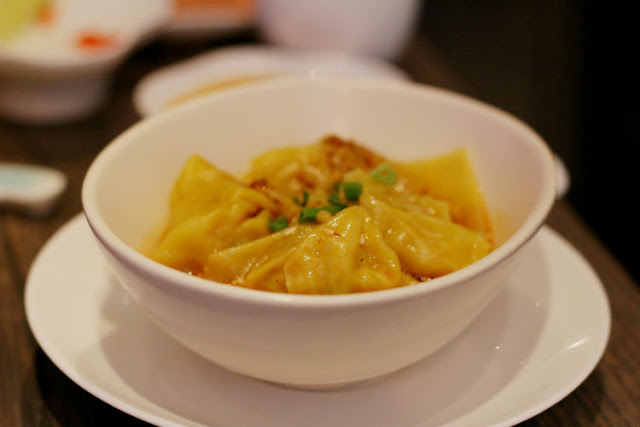 My friend ordered the veggie dumplings, more pork buns and a portion of the chicken shui mai. 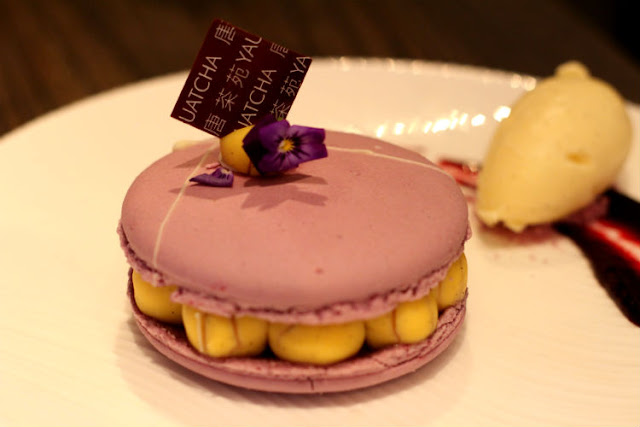 Now there is one thing you should know before you go to Yauatcha; They make mind-blowingly good desserts, so leave room. They can be best described as east-west fusion pastries, so expect to see exotic combinations like custard with lychee and custard filled moon cakes. 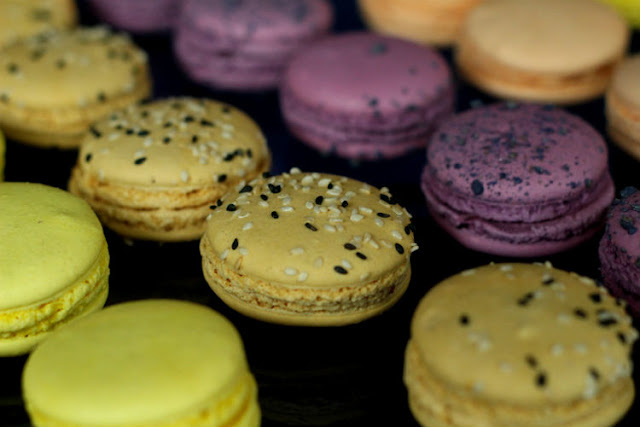 I went for their staple pastry; the macaroon, albeit a giant purple one. It was filled with sweet cassis cream and delightful dollops of custard. With a tiny pretty violet on top, it was almost too pretty to eat, but I got over that real quick and had to hold back from licking my plate.

Yauatcha gets four thumbs up, with an extra fat one for their desserts.