Lao Food at Thai and Lao


I'm eating around the world without leaving London and this week I headed to Shoreditch Boxpark for Lao food at Thai and Lao.

I wasn't sure whether to enter this one into my RTW foodie series as the menu didn't seem authentically Lao; it sounded more like an Asian eatery that caters to Western palates. Also I went there on a Monday night after work as the website said they were open till 8pm, only to find the cleaning crew inside and a sign that said: Solly, We closed. 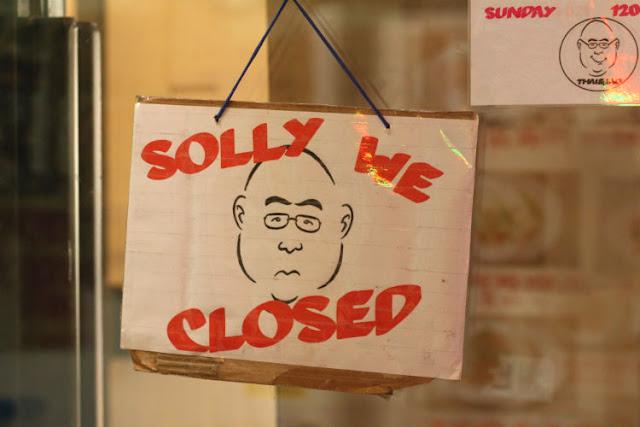 As I happened by the Boxpark again on the weekend, and feeling a bit peckish, I thought I'd give it another go.

Inside it looks rather funky and really puts the street into the street food they claim they're cooking up on their website. Both walls are covered in colourful graffiti alternated with pictures of the dishes on offer. 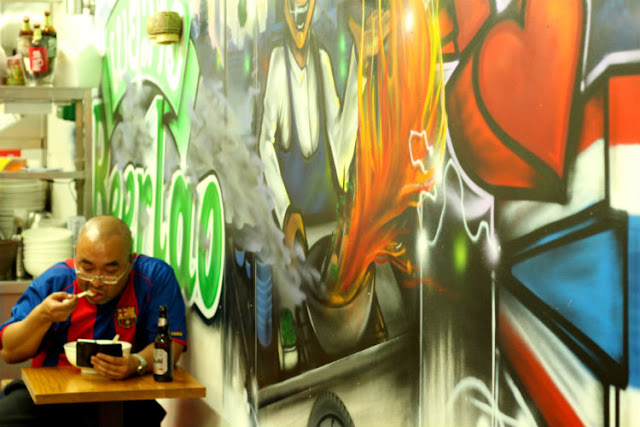 There is a food bar and high chairs on the left side and on the other side you can sit a bit closer to the ground on sturdy card board boxes.Mine happened to be stuffed with someone's purse and sweater. Not sure who that someone was...

I ordered the chicken noodles with cashew nuts, which you can get at any bog standard Asian restaurant in the city or any other city around the world for that matter. It tasted nice though; the chicken was tender, the veggies crunchy, although the noodles were swimming in a pool of soy juice which ended up at the bottom of my take away bag smelling up the entire tube carriage on my way home. 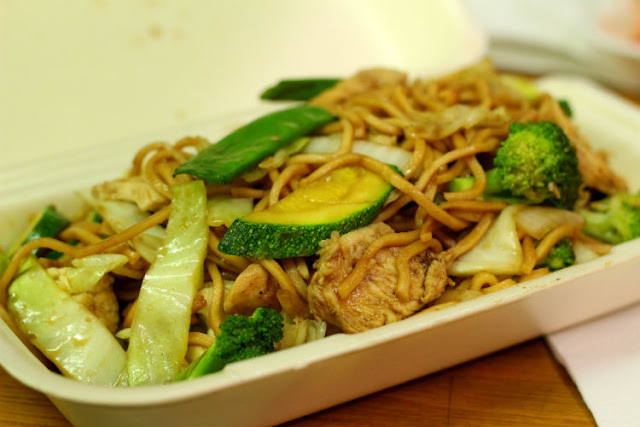 My friends had the spring rolls, which were so hot that they burnt their mouths on them. 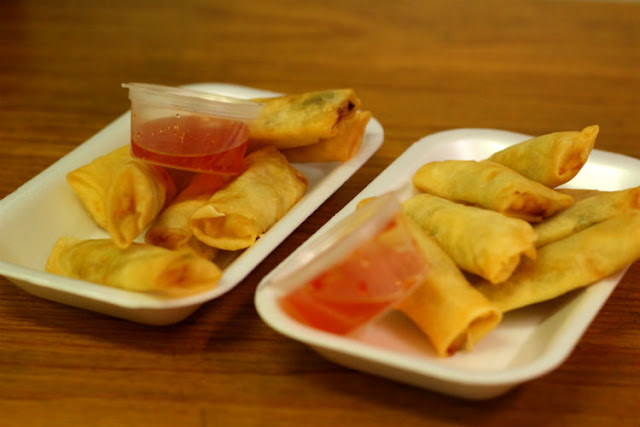 In all, the food at Thai and Lao was nice, but nothing out of the ordinary and, at least I think, more Thai than Lao.