London has so many ethnic food options, so I'm eating around the world without leaving London and this week I had Japanese food at Ten Ten Tei in Soho. I'm afraid that Japanese food doesn't appear at the top of my favourite foods list; I'm not a fan of sushi, or Japanese curries and when I was travelling in Japan I found that they tend to use a lot of sesame oil, which I well, dislike very much. However at Ten Ten Tei I managed to find something to my liking. 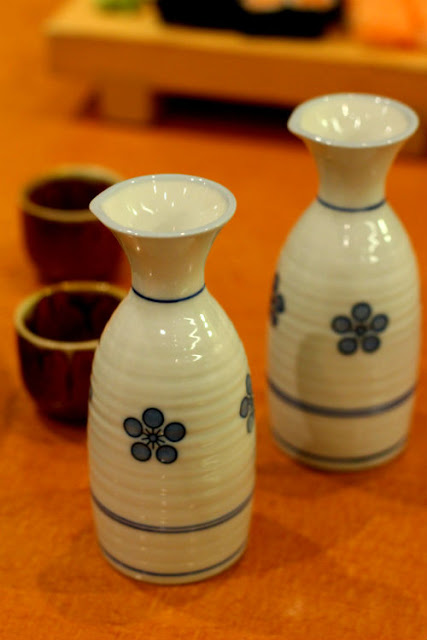 We kicked off with some hot sake, which doesn't contain any sesame oil whatsoever, so that went down rather fast. 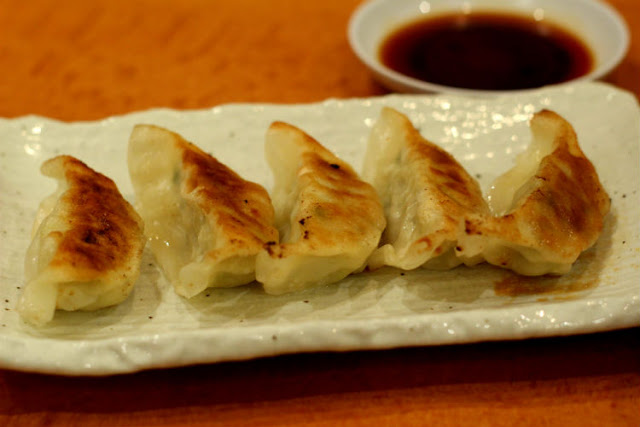 I started with a portion of gyoza; little fried parcels filled with chicken meat and I totally loved them. 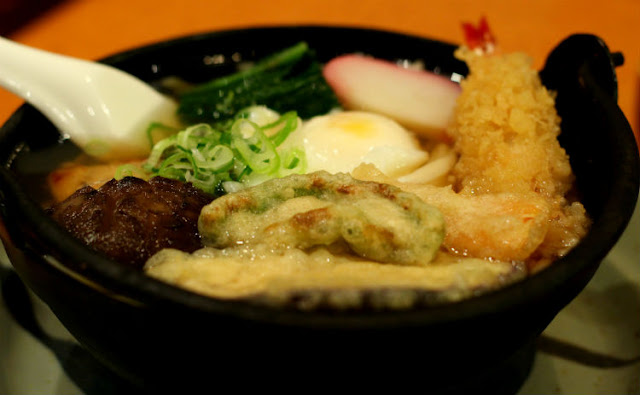 My main was a chicken noodle soup filled with fried prawns, fried courgette, some spinach, spring onions and a fried egg. I very much liked it, I mean you can't go wrong with soup, right?

My friend, Sarah went for a selection of sushi, maki and nigiri. 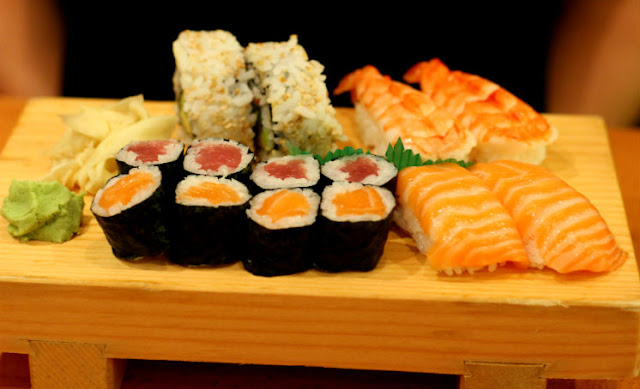 She finished with a salmon hand roll. 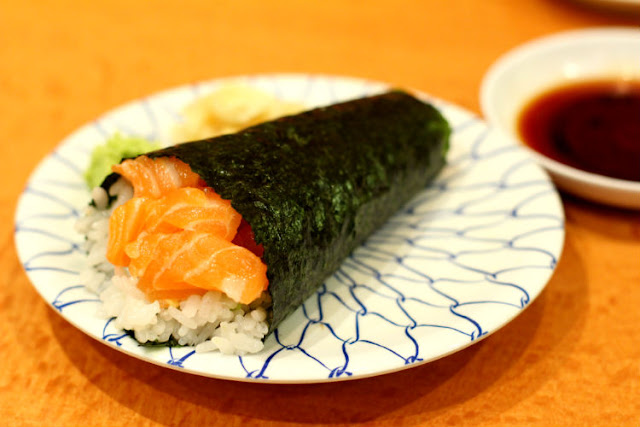 We had so much food that we didn't want to stay for desserts, so we settled for the bill and went to the pub next door instead. Other than some minor issues with the bill, the service was good and the food was good, even for someone who doesn't like Japanese food all that much. If you do, I can totally recommend Ten Ten Tei.