I’m attempting to eat around the world without leaving London and this week I had Korean food at Bibimbap.
Bibimbap is small chain of three restaurants that are scattered across the capital; two in the Soho area and one in the City. We went to the one in Soho which is spread out across two floors. It’s a very casual restaurant with a food bar upstairs and a larger seating area in the basement. 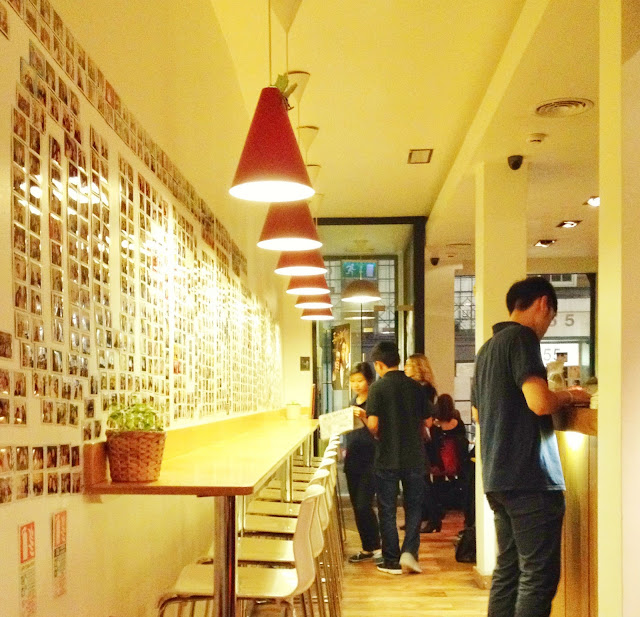 You can probably guess what the staple food is at this restaurant as the name kind of gives it away.

Yes, we had bibimbap at Bibimbap. Bibimbap literally means mixed rice and it is usually served in a very hot stone bowl. The rice is topped with sautéed and seasoned veggies, some chili pepper past, soy sauce and sometimes a salty soybean paste called doenjang. You can have different variations; so if you want a meaty one or just a veggie one, depending on your mood or preference. Before eating this dish, you are supposed to mix it all up with your chopsticks. 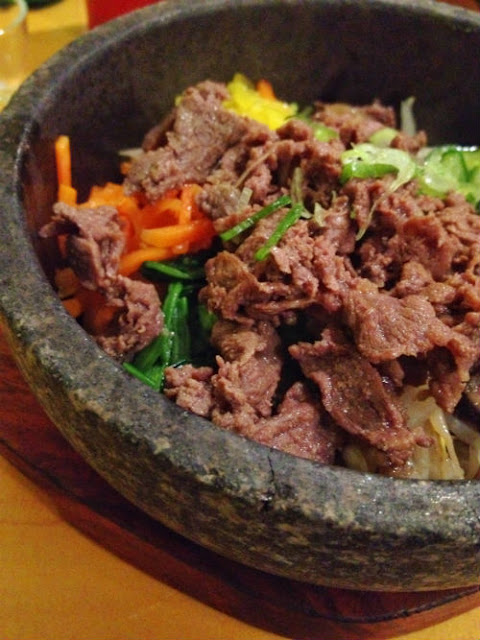 I had a beef boolgogi bibimbap which had lovely seasoned strips of beef on the top. The food was steaming hot, which is always a bit rubbish when the food is extremely good and you are wanting to just dig in. A lot of blowing, hand waving and a bit of patience usually does the trick. 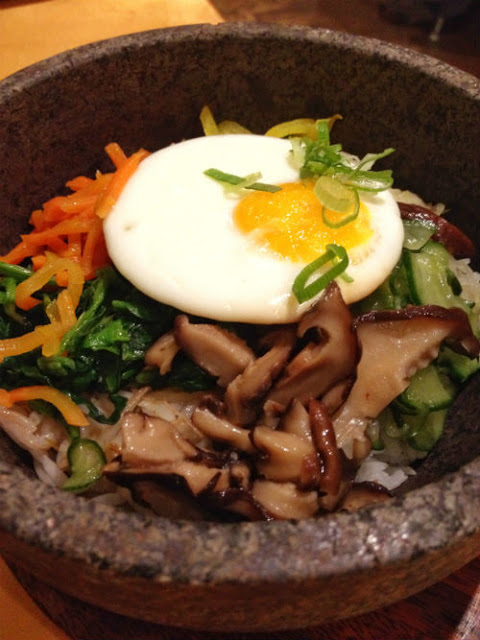 My friend had a veggie bibimbap or dol sot which was a mixture of cucumber, daikon, bean sprouts, spinach, carrots and  a fried egg on top, which tasted as good as mine. 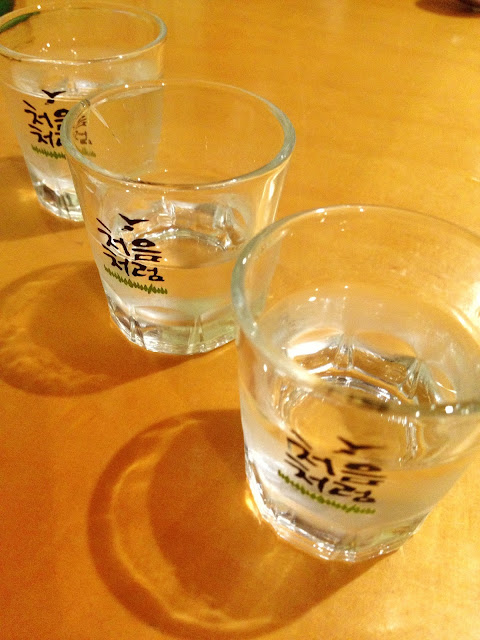 Besides bibimbaps, the restaurants also serves many other Korean; there is a choice of noodle and rice dishes as well as healthy salads, which are certainly worth trying also. As is the Korean version of sake called soju which combines perfectly with hearty Korean meals. Trust me.