I'm eating around the world without leaving London and this week it's Malaysia's turn. I know there are quite a few decent Malaysian restaurants in London, but I wanted to try something different and went for the supper club experience, something I had never done before. I'd read about Vi-vian's Malaysian Supper Club on a blog and her food looked and sounded amazing, so I signed up. 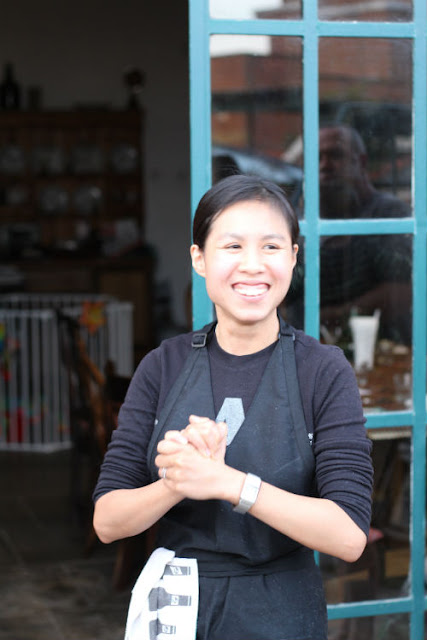 I was a bit apprehensive when I walked in the door of the New York style loft apartment where the supper club was held, as I went on my own and wasn't sure what to expect. But everyone was lovely and we soon all got on like a house on fire. Most people had some sort of link with Malaysia, but some were, like me just after great Malaysian food. Which is exactly what we were served up by Vi-vian and her husband.

First off we had a Chinese style seamed veggie dumpling which looked almost too pretty to eat. It tasted pretty nice too, when it finally made it into my mouth. 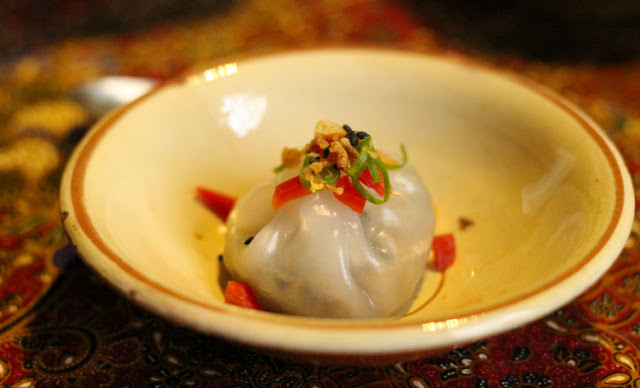 Vivian had also prepared a mountain of chicken karipaps, which were filled pastry parcels. They were served with a homemade sambal which is a dip of mashed up chilies. They were really moorish, but I didn't want to fill up on them, as the menu promised a lot more treats.
There was an 8 hour cooked beef rendang, which is propably my favourite Indo/Malay dish. 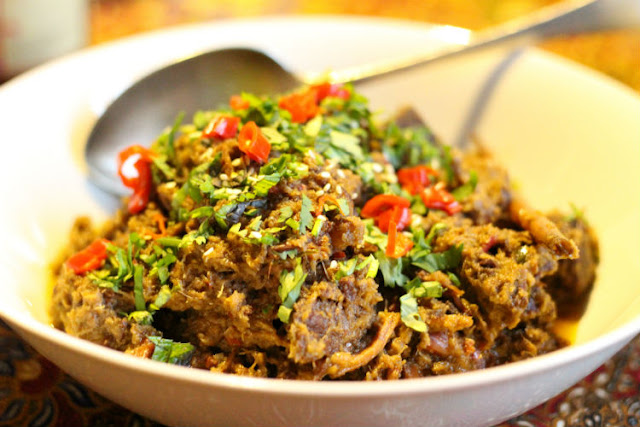 A fragrant and colourful chicken curry with boiled potatoes. 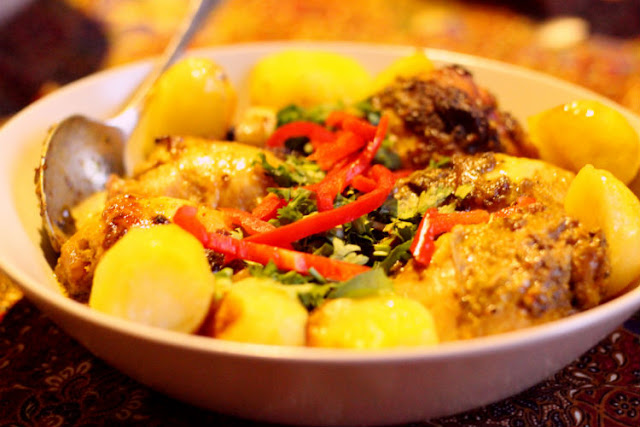 We also had a cereal butter prawn dish with curry leaves and chillies. 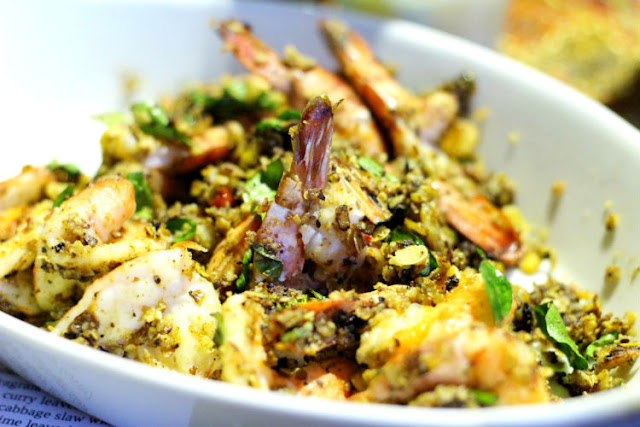 On the side Vivian served a cabbage kerabu which is a spicy cabbage slaw with sambal. 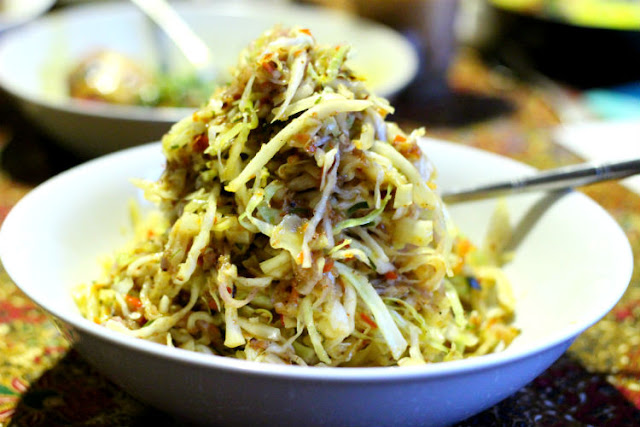 There was so much food, but I made sure there was still a bit of room left for dessert. Vivian had asked us beforehand whether we preferred a black sesame flavoured ice-cream or a bean paste one. Luckily the rest of the guests shared my choice and we had coconut pancakes with the sesame ice-cream. Maybe not something I would normally go for, but I loved the combo with the coconut flavour of the pancakes. 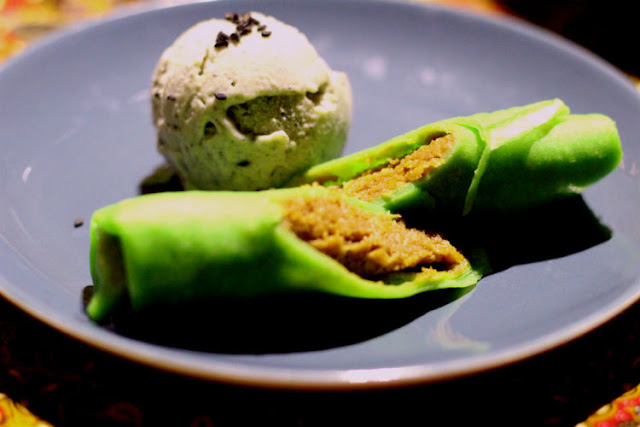 I had such a great night and enjoyed great food with great people all under the care of lovely hosts, I think I am completely sold on the supper club concept.