I’m eating around the world without leaving London and this week I had Taiwanese food at Bao in Soho.
This small Asian eatery in the heart of the West-end has proven so popular, that it’s become one of those places where you have to queue to get in. Not my favourite way of dining, that’s for sure, but for this place I was willing to make an effort. 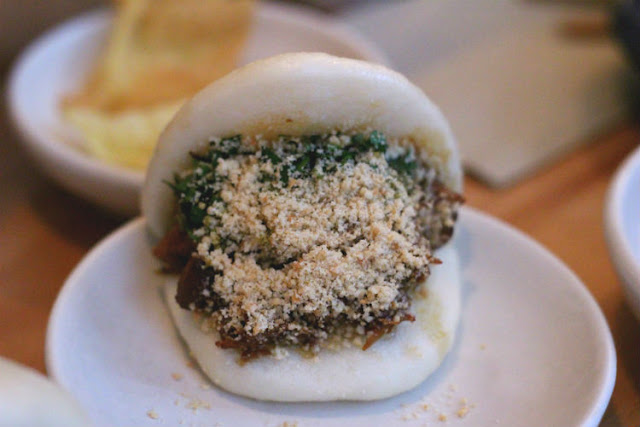 We headed there early, so when we got there at 6pm, we were the second party in the queue. Unfortunately it had started to rain, so we huddled under one tiny umbrella, while sipping on some Taiwan Gold Medal beers that the host had gotten for us inside. We didn’t wait all that long though and after maybe 15 minutes we were seated at the bar side tables. 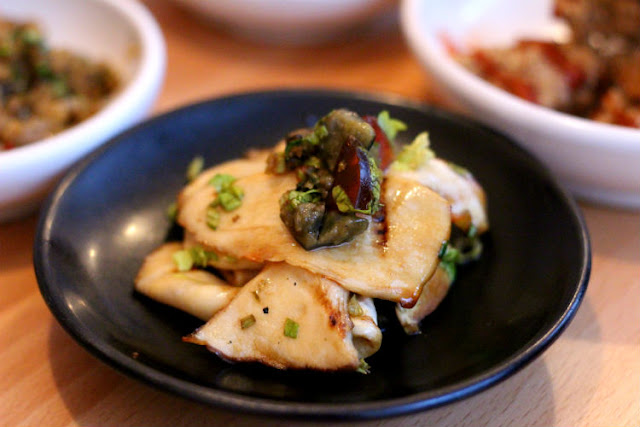 We were handed a menu and a pencil which was needed to cross off the dishes we wanted to order. There was so much to choose from nine starter-like xiao chi, “suitable for sharing”, six gua bao (steamed white buns, filled with various things) and four sides 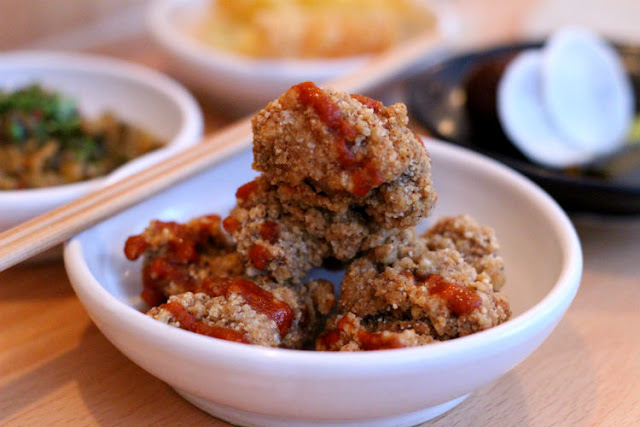 We started with some pickled veggies, which I could’ve done without in hindsight. I normally love a good pickled cucumber or onion, but these were just nothing to write home about. We also shared Taiwanese fried chicken wings, which were much more to my liking. I loved the smoky aubergine with wonton crips; it was just like a little flavour party on my tongue. 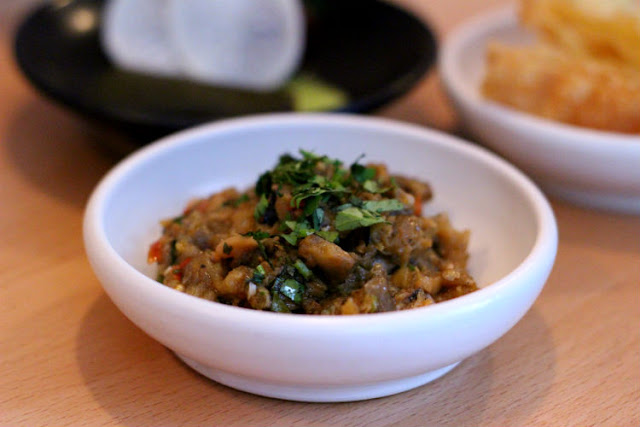 We also ordered three baos; the chicken, pork and the classic bao. The buns were light and fluffy, but it was still hard to cut them into two with only a chopstick at hand. The pork bun was filled with juicy, strings of pulled pork, mixed with a sticky sauce and some shallots. 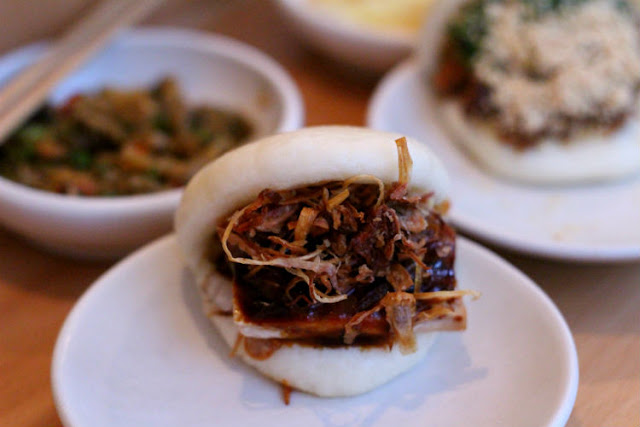 The chicken bun looked little bit different from the standard white fluffy boas. Filled with fried chicken, this bao is a sesame bun had a brownish colour, which seemed slightly less appealing at first, but we soon changed our minds about that after our first bite. The tender chicken chunks were lying in a bed of sichuan mayo and were topped with tangy kimchi, which was a heavenly combo. 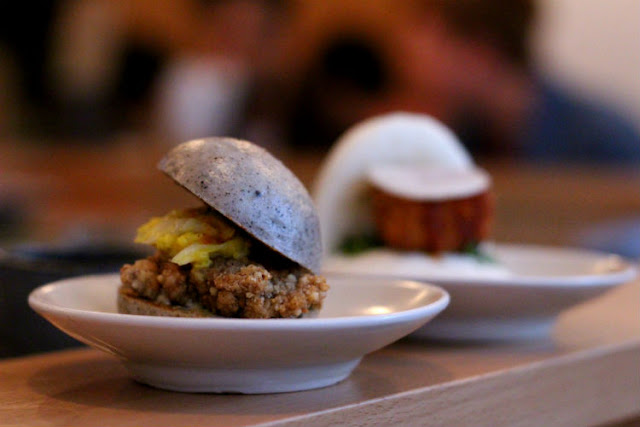 My favourite was the classic Bao, also filled with shreds of pork, this version contained some coriander, some other greens and was sprinkled with ground peanuts.

I would've gone for the Horlicks ice-cream filled bao if I hadn't been so full, so I settled for a bit of Ancient Mountain sake and my friend for a glass of Taiwanese whiskey.

I loved the food at Bao and the service couldn't be better. It's just a shame about the queuing, but it seems that that is the trend in London these days.