I'm eating around the world without leaving London and this week I had New Zealand food at Tapa Room. What is New Zealand food, I hear you think. Well, if it is created by Kiwi chef Peter Gordon, who owns Tapa Room and Providores, it is in one word delicious.

Tapa Room might make you think that you'll be served food in small portions, but tapa is actually a type of tapestry, one of which is on display on the back wall in the restaurant. 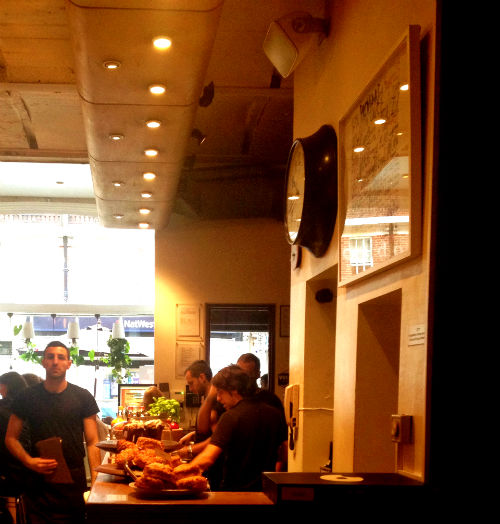 I decided to go early in the morning, hoping to dodge the queue as you can't reserve. I guess many more people had the same idea. It didn't take long at all and soon I was sat at a table, albeit outside. 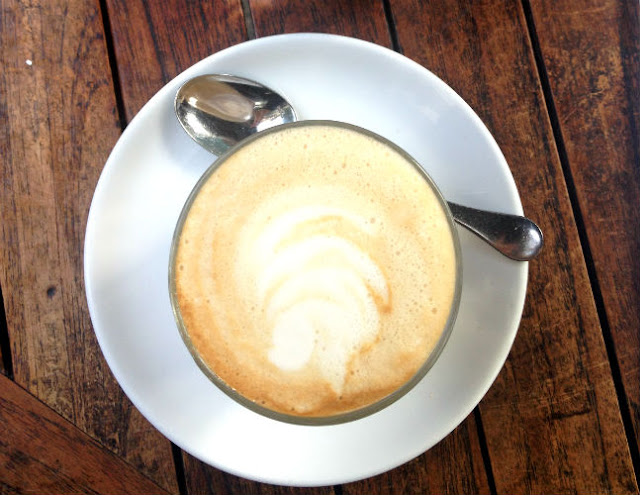 There was so much to choose from the brunch menu, and my neighbour was trying to tempt me into ordering the grilled chorizo with sweet potato and miso hash, which comes with a soft boiled egg, garlic labne and star anise cashew nut praline. However my eye fell on a sweet sounding French toast. It might sound a bit mundane, but I promise you that it was the loveliest French toast I had ever had, ever. 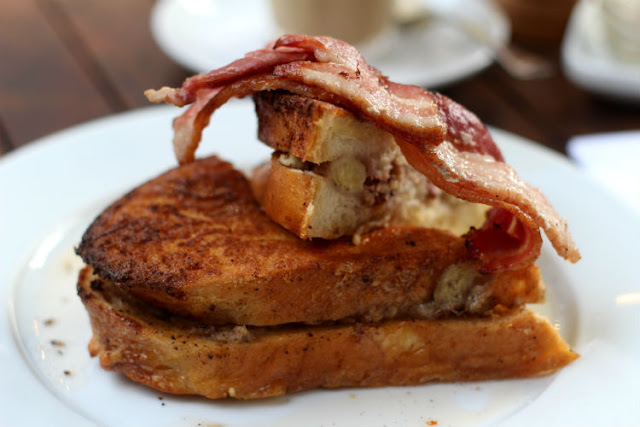 The toast was slightly crispy on the outside, but still fluffy on the inside. The slices of fried bread were stuffed with pecan nuts and mashed up bananas, doused with a sticky vanilla and verjus syrup and served with three slices of grilled bacon.

That mashed up banana and pecan combo was just amazing, so amazing that I am still dreaming about it four days later.

I finished my breakfast with a flat white, of course. The only way to drink your coffee in New Zealand, right?