Review of The Gate Restaurant


I'm a carnivore through and through. I tried to be a veggie some 20 years ago, but I surrendered to temptation when a pate sandwich was offered to me after three months of complete meat abstinence. That doesn't mean that I say no to all veg dishes. Especially when they're cooked up by the chefs at The Gate Restaurant.

I was asked to review this place, which apparently is Gwynneth's and Madge's fav veggie hangout in London. If it's good enough for them... And after hearing my friend rave about The Gate I couldn't wait. 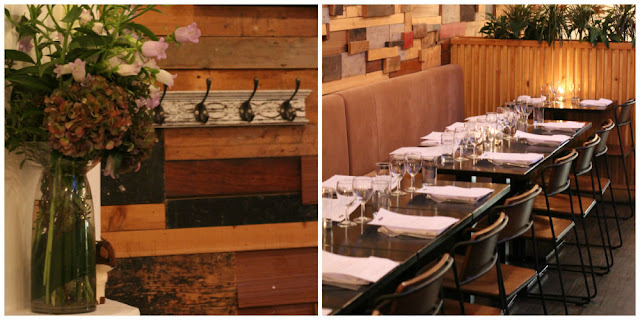 The entrance is somewhat hidden inside a little courtyard, away from the heavy traffic around the Hammersmith tube and bus station. The inside has a bit of a Scandi feel to it, with lots of wood slats on the walls and a skylight that lets in lots of light. On clear days.

While making my choice I sipped some English wine which was so fruity, it could rival any Kiwi Sauv Blanc I've ever had.

Finally I opted the fried courgette flower which was filled with sweet potatoes, goat's cheese and pine nuts and drizzled with a puy lentil salsa and aioli dressing. Always a winner on my plate. My friend went for a stuffed red pepper that were filled with artichokes and hazelnuts, topped with olive tapenade. 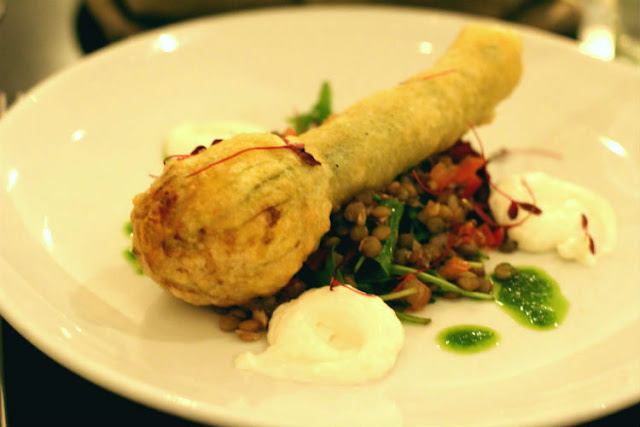 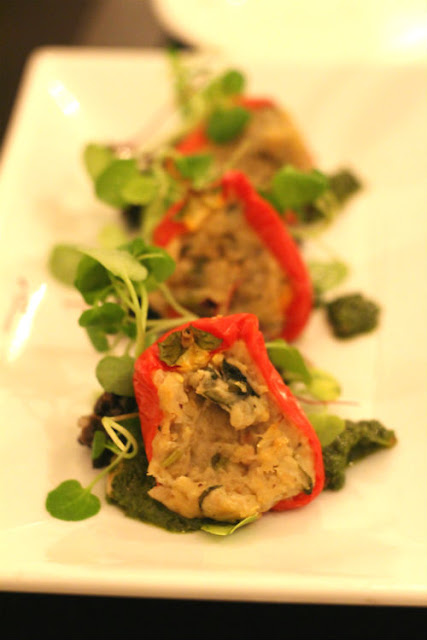 Since it was mushroom month at The Gate I felt I had to choose a mushroom dish, although mine was one off the a la carte menu and not off the mushroom specials. I went for a creamy yet crispy risotto cake, which was topped with girolles, king oysters and Paris browns and a truffle dressing. My friend had the mushroom stuffed gnocchi, which on closer inspection, was an actual super thin mushroom skin stuffed with a delicious cheese, spinach and mushroom filling. 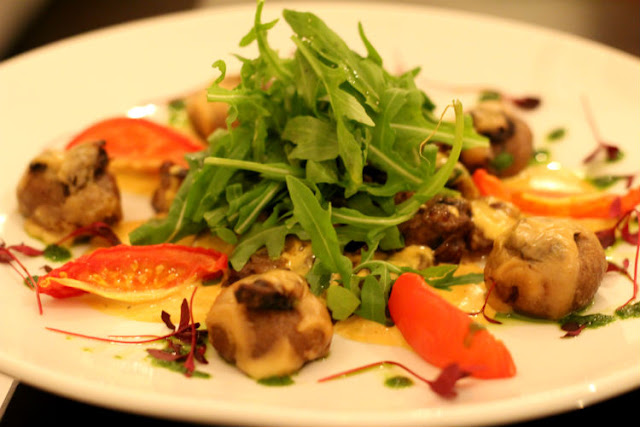 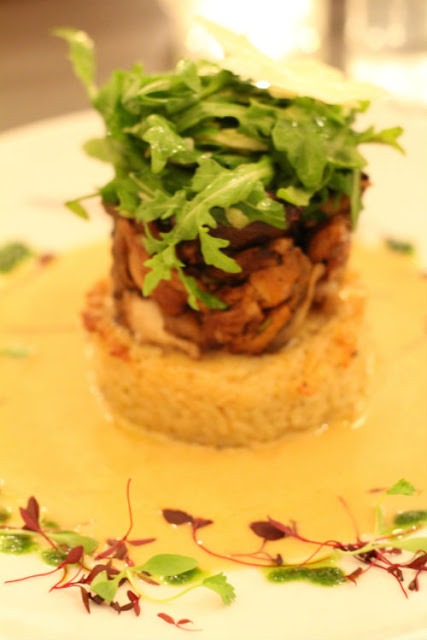 I didn't finish my main, but that was only because I really wanted to have dessert. I'd already spotted a crumble with pear and rhubarb which I wasn't go to miss out on, on account of being too full. My friend had the lemongrass lime leaf and coconut cheesecake which tasted like an exotic holiday on a plate. 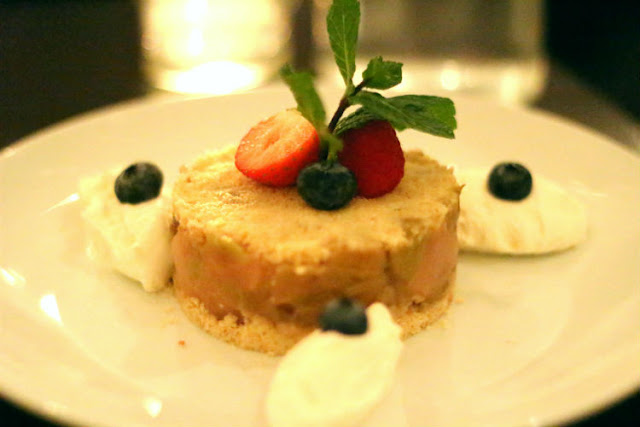 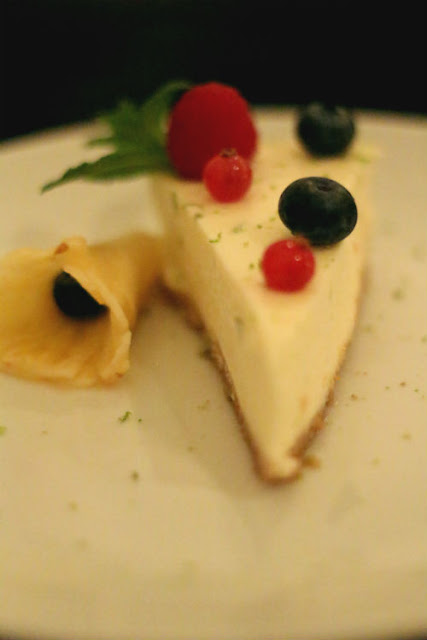 I loved every single bit I had at The Gate and if even if you are a die-hard meat-eater like me, you won't miss the meat for a second. I promise you.