The Official Jack the Ripper Walk


Since I went on a Jack the Ripper themed Photography walk a few months ago, I think I've turned into a bit of a Jack the Ripper fanatic. Ever since I've been reading books and numerous Ripperologist's webpages. So when I was invited to join an official Jack the Ripper tour blogger party, I didn't need to think twice. 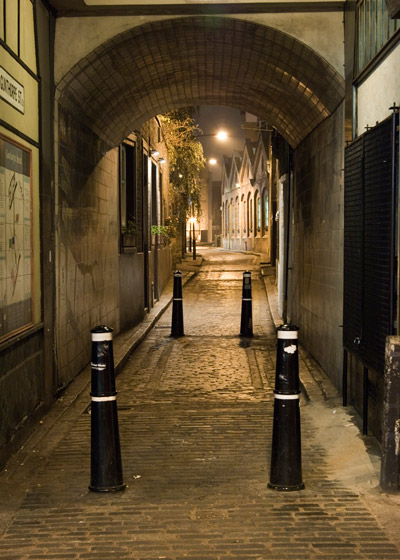 The event was hosted by Richard who runs the original Jack the Ripper walk, which he started back in 1982. They run every night from Aldgate East tube station at 7pm and cost £10 per person. 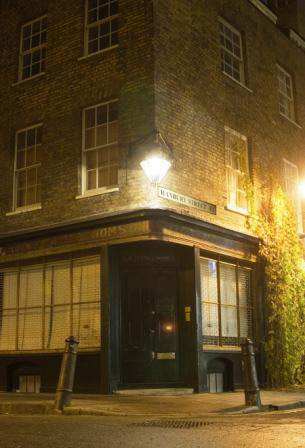 While painting a picture of the impoverished state of the Victorian East End, Richard took us straight down into the narrow walkways and dark alleys, transporting us back in time. Walking along the dark streets and listening to Richard talk, it wasn't hard to imagine what it must have been like to live here in those days. 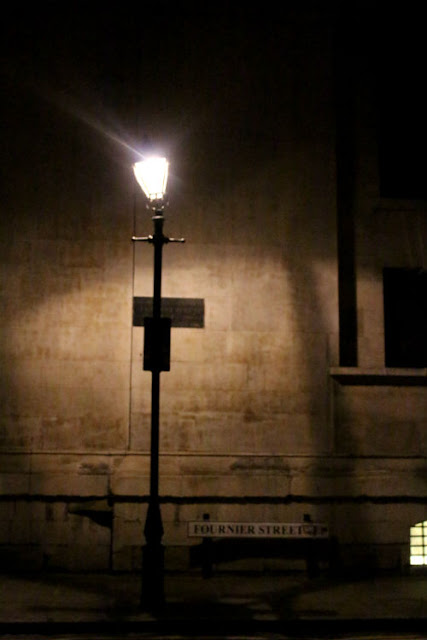 These were the slums of London. People were very poor in the East End, and were living under dire circumstances. Entire families were living in one room apartments, sometimes renting out a corner to a stranger to make extra money. Others were renting rooms per night in doss houses, not knowing where they would sleep the next night. The streets were dirty and rife with diseases, crime and prostitution. 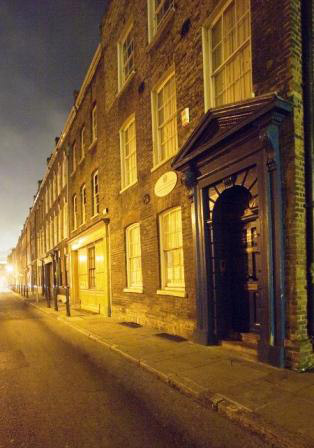 Set against this grim background, the Jack the Ripper murders took place. His victims were almost all middle-aged prostitutes, who were trying to make money for a place to sleep and to fund their drinking habit, by selling their bodies for sex. Richard showed us the spots where some of the victims lived, where they gathered socially, the street corners where they worked and of course, where they were murdered. 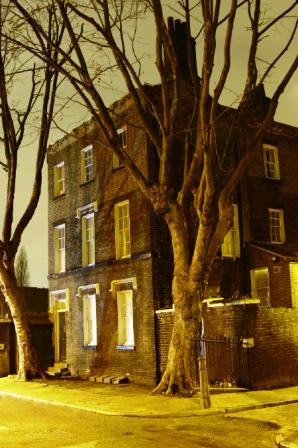 He described the fear of the people living in the East End and the media frenzy that ensued as the murders happened, especially when one of the newspaper bosses allegedly received a letter from Jack himself.
Our walk finished at the Happy Days chip shop, which is the spot where the only piece of evidence was ever found. It was here that the murderer left part of the blood stained apron, worn by Catherine Eddowes after she'd been killed.

Here Richard talked about the possible suspects of the murders and the incompetence of the police to find out who he really was. Something we're most likely never ever going to find out and most likely the reason why the Whitechapel murders remain intriguing to so many people. Including me.