I'm eating around the world without leaving London and this post is all about the delicious Chilean food at ONA supper club I had last week. Of all the ethnic food here in London, I didn't manage to find a restaurant offering Chilean food, so a supper club it was.

ONA, which refers to an indigenous people in Chile, is a pop-up restaurant run by chef Marcelo Henriquez. I went to one of his supper clubs that was held in The Butcher's Shop in Camden, which might sound like a strange venue, but it was actually quite homey.

They had set two large tables for their guests and with lots of mood lighting and candles, it didn't feel like a cold butcher's at all. 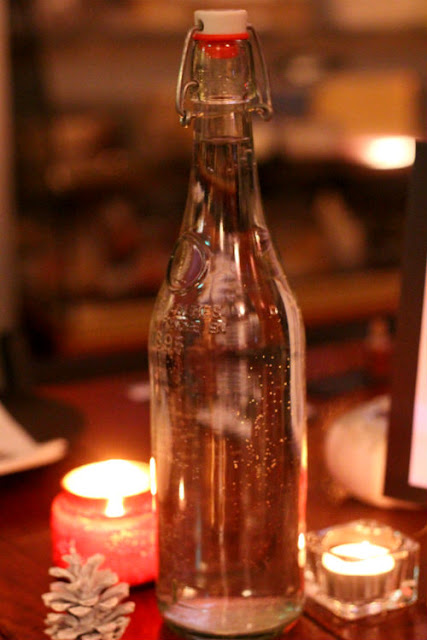 This supper club was not a byo as they sell bottles or wine by the glass on the evening. All from Chile of course. I had a little bit of the red wine from my neighbour as she insisted she couldn't finish the entire bottle by herself. The things I do to help a sister out.

The food menu sounded very promising and as the various dishes came out, they didn't disappoint. Quite the opposite actually. 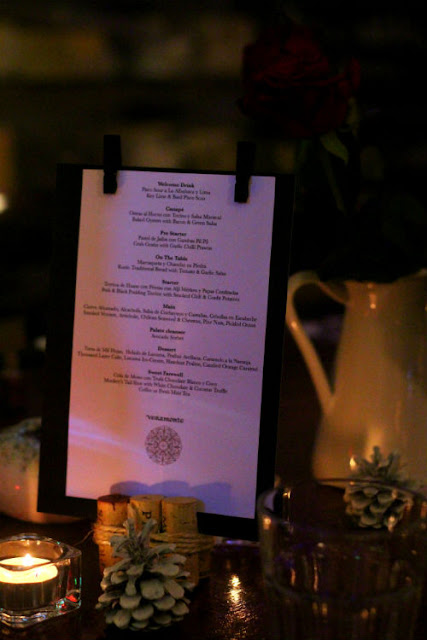 The first course wasn't really food, but a drink; it was a frothy pisco sour. A very potent one I might add, hence the reason I didn't actually order my own wine. 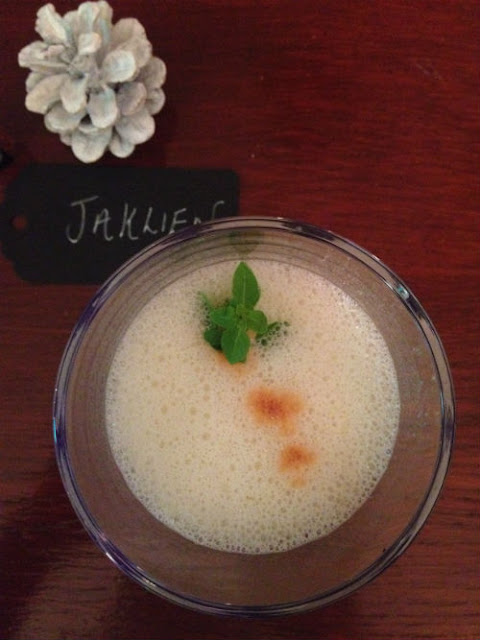 This was followed by a canape which was a baked oyster with bacon and green salsa. I'm not super crazy about oysters; I think it tastes just like swallowing a gulp of salty sea water. But these tasted more like bacon than sea water, so they were a big hit. 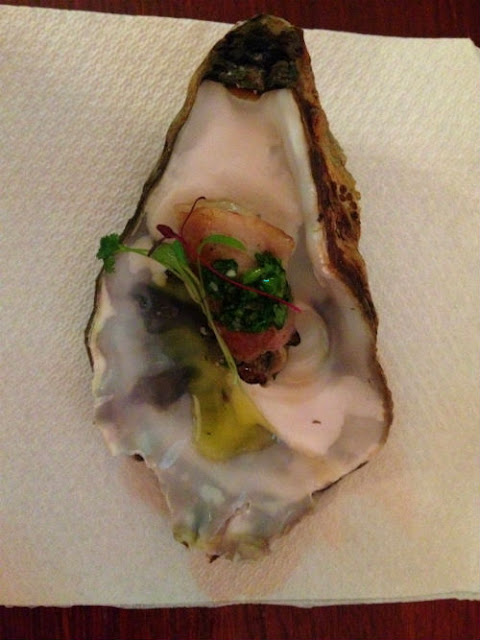 Then we had a crab gratin with garlic chili prawns as a pre-starter, a delicious dish so filling, I was dreading the size of the actual starter. 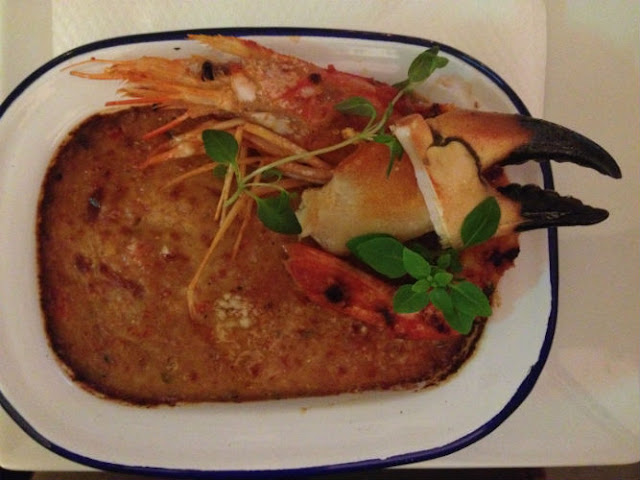 While we waited for that to arrive, we were offered some bread with tomato and garlic salsa. 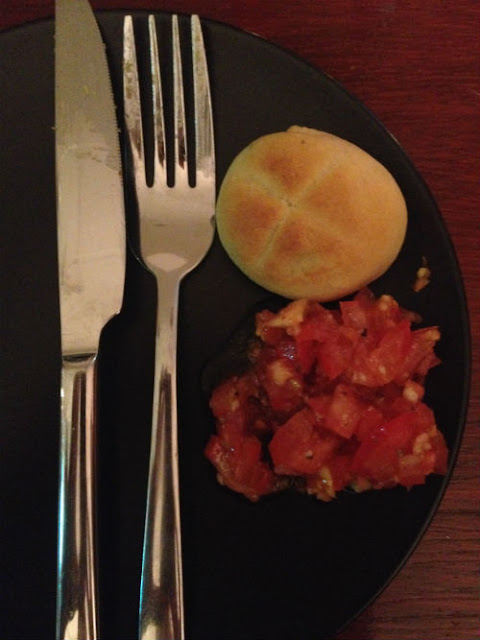 I was already feeling rather full when the real starter was served. It was a pork and black pudding terrine with smoked chili and confit potatoes. It was good, but if I am really honest, the least favourite of all the dishes that night. I think it was because of the black pudding, which is also not something I am super crazy about. 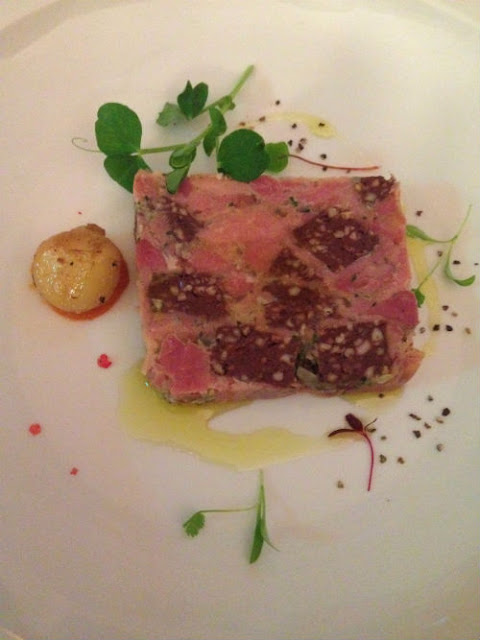 The main consisted of smoked venison with artichokes, seaweed and chestnuts as well as pine nuts and pickled onions, which really hit the spot. 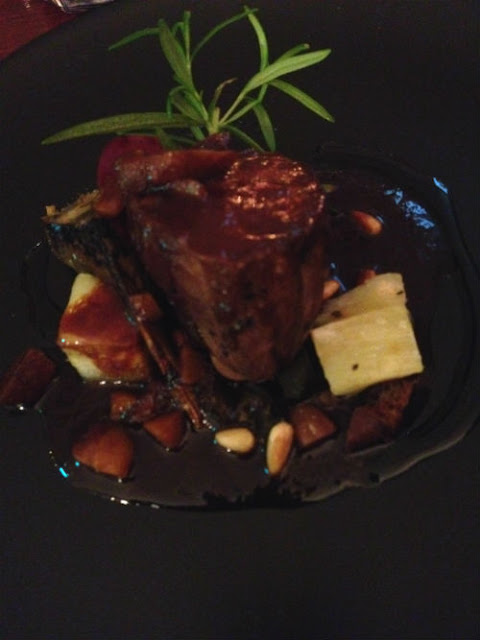 Dessert was a sight for sore eyes and pleasing on the palate as well. It was a thousand layer cake with lucuma ice-cream, hazelnut praline and candied orange caramel. 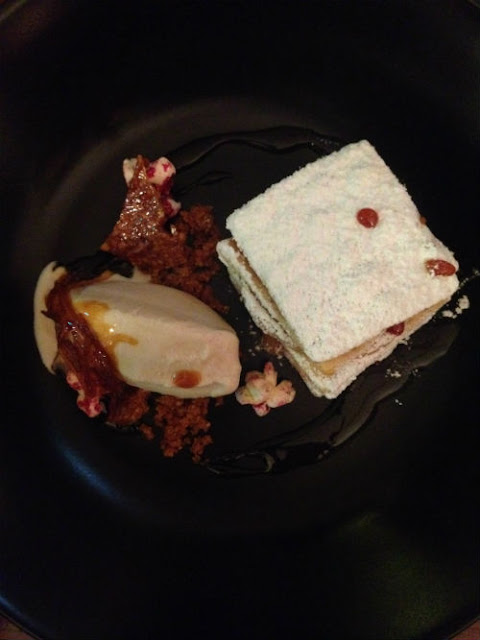 I left before coffee and sweet farewells, as I had an early flight to catch the next morning, but normally this course is included in this fabulous supper club dinner as well.

I had a great time. The hosts were amazing and my fellow guests really sociable and of course I loved the food.

I booked ONA's Chilean supper club through the GrubClub webste, so check them out to see for more available dates.