Galapagos on a Budget Part II


As I mentioned in my previous post, Galapagos is very doable if you don't have the $$$ for a luxurious cruise. You can easily visit the islands by doing it on your own. I made Puerto Ayora on Isla Santa Cruz my base and visited two other islands on day trips. I will tell you what I did on Isla Isabela and Isla San Cristobal in a separate post. In this post I will show you what I got up to on Isla Santa Cruz. 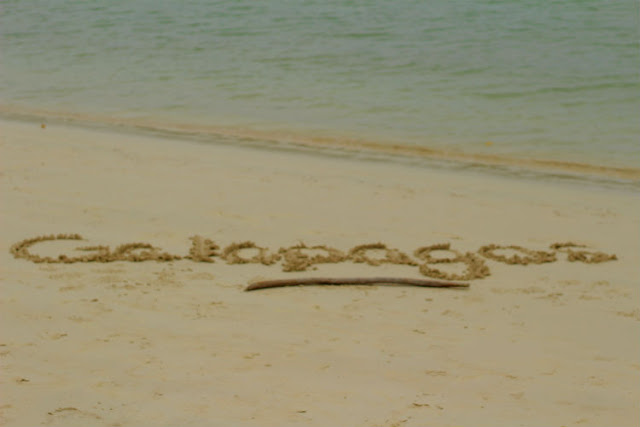 On first sight the town of Puerto Ayora is not much of anything, but there are actually some fine places to go to in and around town.

On the day I arrived, I walked along the main street, aptly named Charles Darwin Ave, and browsed the souvenirs shops, some of which are selling plain tack, but others are actually quite decent. At the end of the coastal boulevard, I entered the Charles Darwin Research centre. This is mostly a research centre on how best to conserve the environment in the islands, but visitors can see some land turtles and bright yellow iguanas as well. 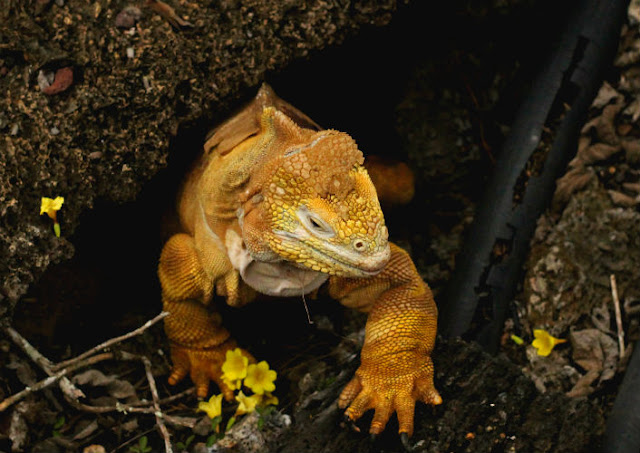 After my visit here I went for an aperitif at the Red Mangrove Hotel next door, where you can sit on the deck overlooking the bay, if you don't mind the company of some curious iguanas and sea lions. 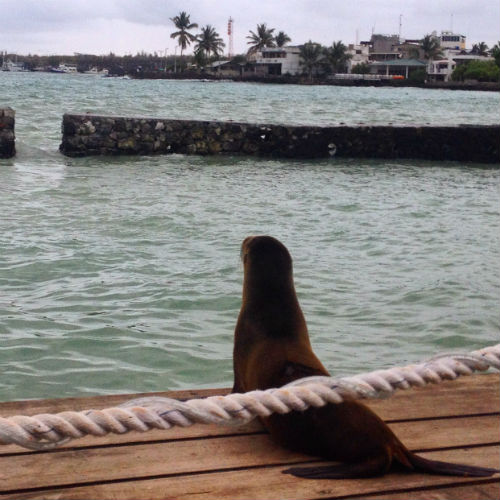 The following morning, I grabbed a taxi to the highlands and visited the El Chato Ranch. This private reserve allows you to walk around tortoises and get real close to them while they sleep, eat or wander around the immense grounds of the ranch. There are also some really cool lava tunnels on the grounds that were created by the now extinct volcano on the island. Do check out the tortoise shells in the cafeteria area. Great photo ops! 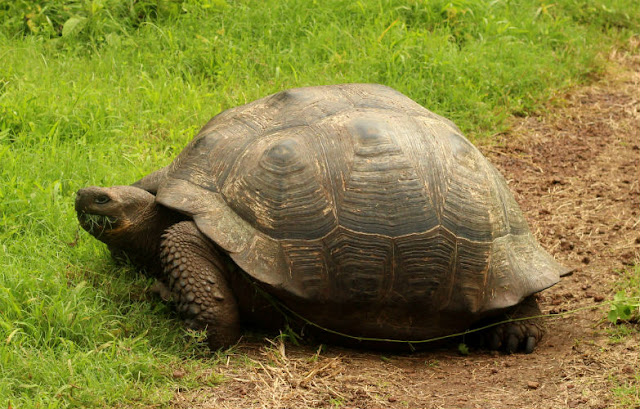 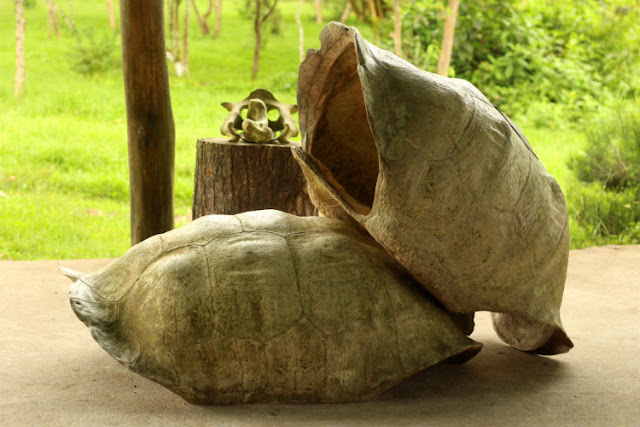 My driver also took me to Los Gemelos, which are two sink holes that over time have grown into a habitat for pretty native birds and rain-forest type vegetation. They're not craters, but empty magma chambers that collapsed. It's a lovely spot to while away a few moments. 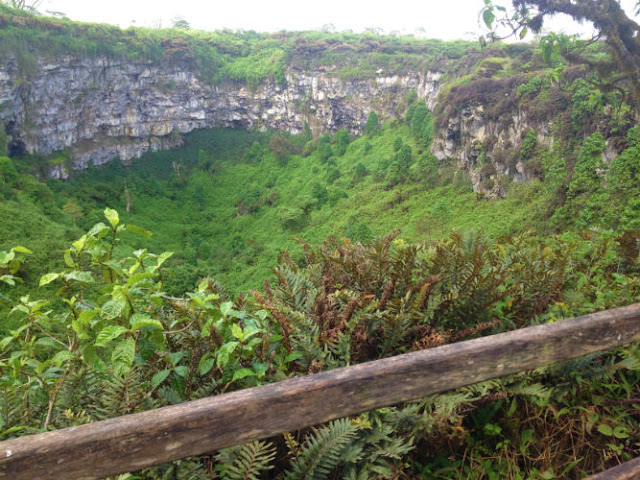 In the afternoon I walked the 30-minute trail towards Tortuga Bay, which was absolutely worth it. The path itself is lovely, albeit 30 minutes of the same thing, but once you get to the beach, you're treated to some awesome sights. The sand is of the whitest of whites and it's littered with black iguanas. Three were emerging from the ocean, James Bond style as I walked onto the beach. It's worth walking all the way to the end, where you'll find a path trough shrubs that will lead you to Playa Mansa; a lovely secluded beach, which is great for taking a refreshing dip. On my way back I popped into the Laguna de las Ninfas, which was a lovely tranquil lagoon and while I was sitting on the deck there, I spotted a sea turtle popping up for air. 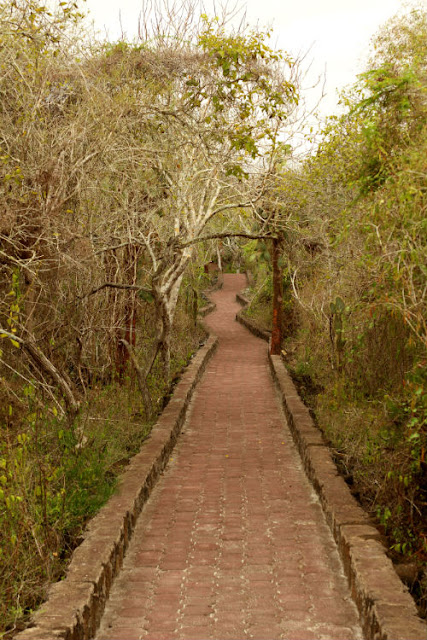 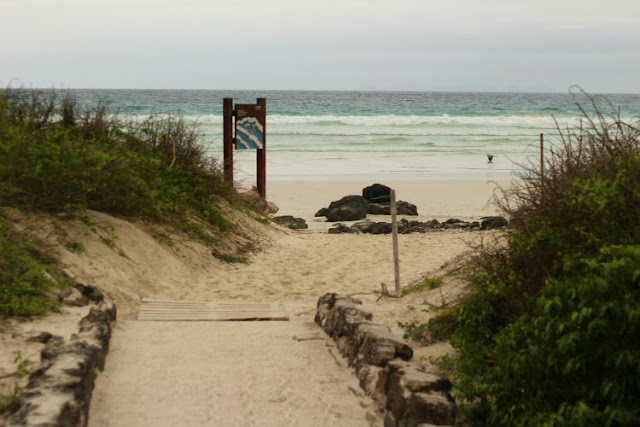 On my third day, I took a bay cruise, which took me to Playa de los Perros. This beach doesn't actually have any dogs, but we found lots of bright red crabs, iguanas and a couple of sea lions chilling here. 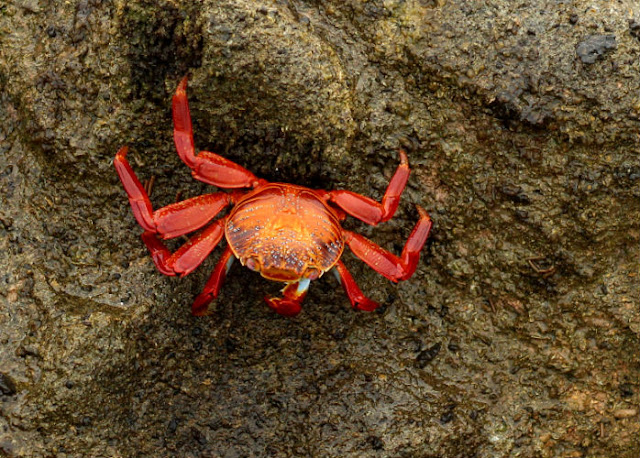 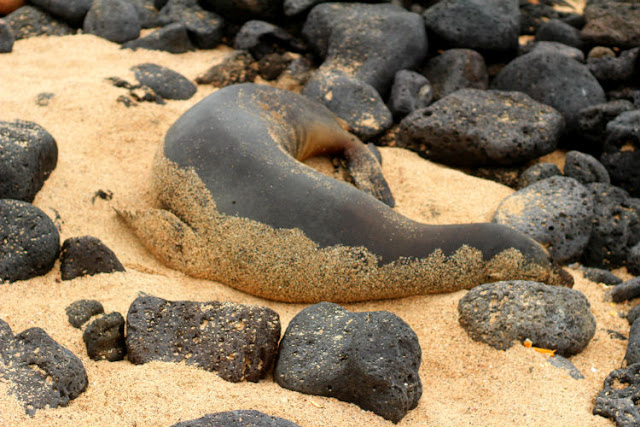 We snorkeled with sea turtles at Punta Estrada, watched over by blue footed boobies, after we watched two sharks sleep in a secluded lagoon called Sharks Channel.

The last spot we went to was Las Grietas, a water filled canyon with lots of pretty fishes. The water is a bit chilly, but it is still worth donning a snorkel and a pair of fins and swimming to the end of the canyon, if only for the sheer solitude you'll find at the end. 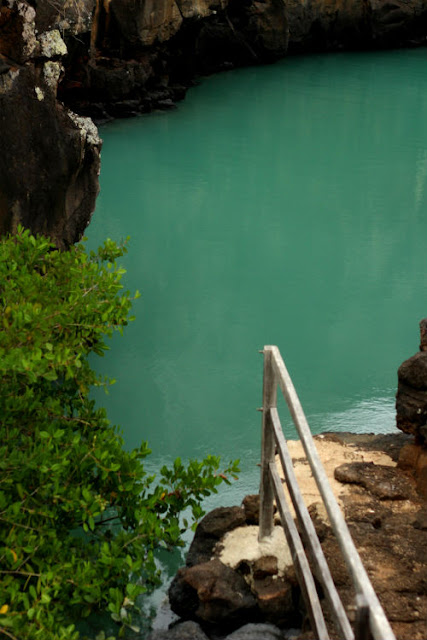