I'm eating around the world without leaving London and this time I had Peruvian food at Ceviche. One can't help but notice that Peruvian food is really hot right now, so me having it was long overdue.

Ceviche Soho and Ceviche Old Street are the two little sisters of Martin Morales' restaurant Andina, serving great food and drinks from the Peruvian Andes.Ceviche Soho was booked full on the night I wanted to go, so we opted for the one in Old Street, which had plenty of tables available.

Besides exotic Peruvian dishes, Ceviche also serves delicious pisco based cocktails, which we were very willing to give a try. Pisco is a very potent spirit made by distilling grapes, a method that was brought over to Peru and Chile by the Spanish. I went for a redbush and ginger cocktail and my friend had the standard pisco sour. which is mixed with egg whites and lime juice. 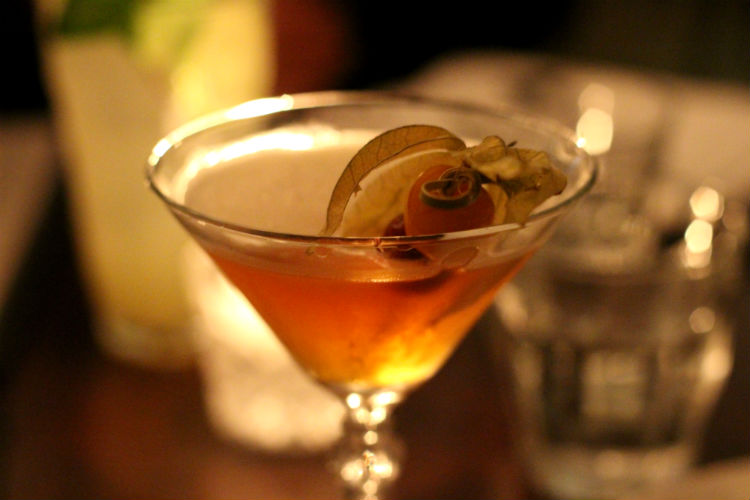 Even though we ordered starters before our mains, everything arrived at the same time. Our table was brimming with colourful food.

Our shared starter was a portion of wonton fritters filled with chicken and onions and a amarillo chili sauce on the side. 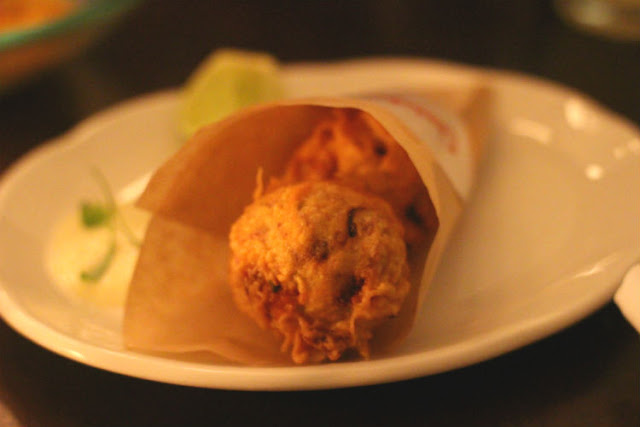 When in Rome, you do as the Romans, so I couldn't but order a ceviche. I chose the ceviche made with the catch of the day which was halibut. It was my first ceviche, but certainly not the last. I loved the fresh lime flavours, which gives this cold dish a tangy kick. It looked really pretty as well, with slices of fried yucca stuck in globs of sweet potato mash. I also ordered a side of char-grilled sprouts and sweet potato mash. 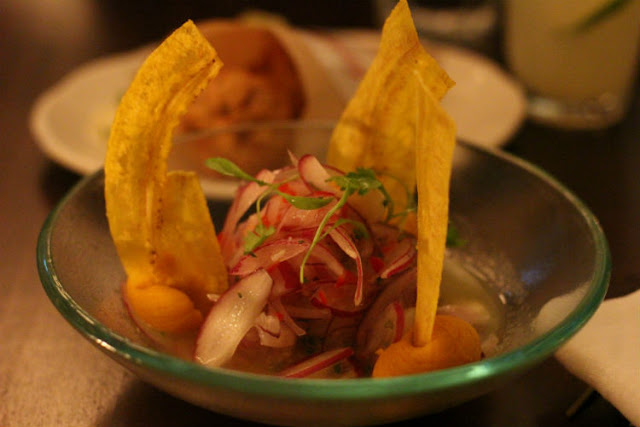 My friend opted for a veggie ceviche, which had slices of courgette and orange and a side of yucca chips with a cheesy dip. 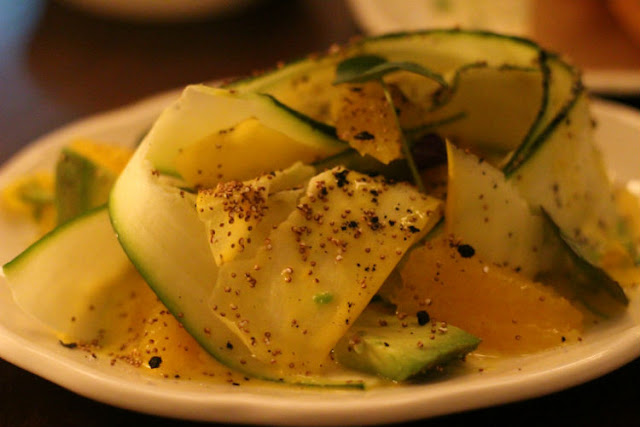 One thing I noticed that the dishes were not all that filling, so we had plenty of room for a dessert. We both went with the waitress' recommendation which was a, ode to corn. This might sound a bit weird for a dessert, but it tasted anything but cornlike. The dessert was a party of flavours. There was a raspberry meringue, sherbet, a corn cream and lots of other yummy things that I should've written down, but can't remember. It was very good, I guess that's the most important thing. 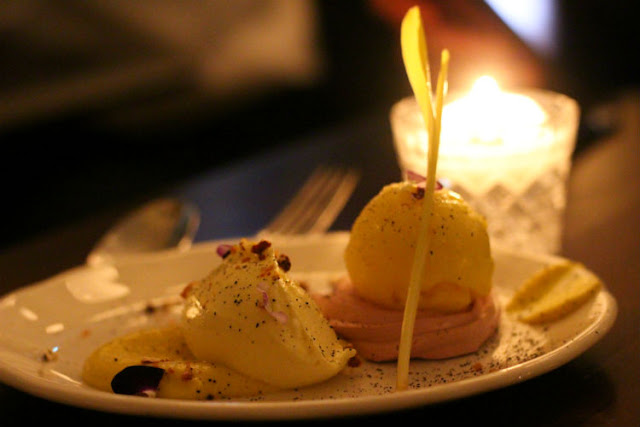 I really loved the food at Ceviche, but admittedly, I was still feeling a little bit hungry after I went home. Next time I might try the more substantial dishes from the grill.