Things to See in Gouda


The first thing you probably think of when I say Gouda, is cheese. And that this town produces a high amount of it is something you'll be constantly reminded of when you're visiting. However, there are other things to see in Gouda as well. 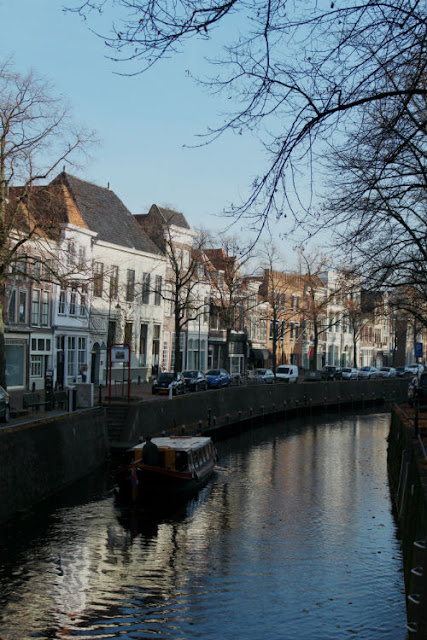 
Gouda's city hall is most likely the most iconic landmark in the city and it sure is a sight for sore eyes. The beautiful, Gothic construction  was built in the middle of the market square in the 1500s in order to prevent it from being destroyed by fire, which apparently happened quite often back in those days. For €2.50 you can have a wander around its rooms. 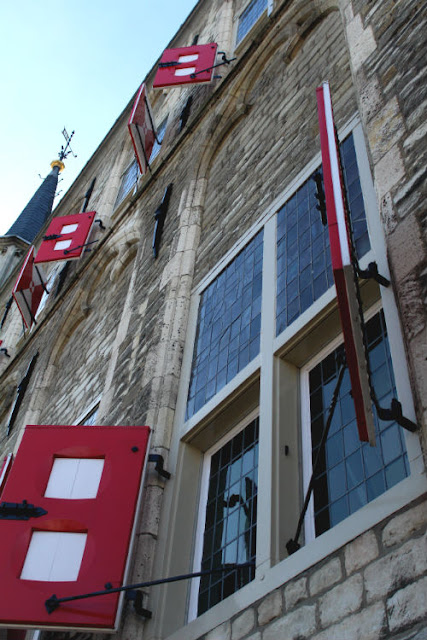 The Longest Church in Holland


This church, which is dedicated to St John the Baptist, was built around the same time as city hall. In those days it was quite common to compete with other towns and cities in terms of church tower height. Gouda is built upon mushy marsh land and buildings tend to sink into it if they're too heavy. So instead of building into the sky, in Gouda they just made this church extremely long; 123 metres long. Other striking features of the church are the stained glass windows. When you look closely you can see they depict many religious figures and other town dignitaries. These are the people who funded the building of the church and in exchange. they demanded to be eternalised on the stained glass windows. 
This historic event is put on during the summer months and is a really fun way to see how cheese was bought and sold back in the day. There are more events and workshops held throughout the day; you can learn how to make cheese, weigh cheese and how to buy and sell cheese in the traditional 'hand clapping' way. If you're not cheesed-out yet, you can finish your day in Gouda with a high cheese.


This beautiful 16th century building is where they used to weigh the cheese before the sale. These days it houses the tourist information office and the Gouda Cheese Museum where you can learn all things cheese related. 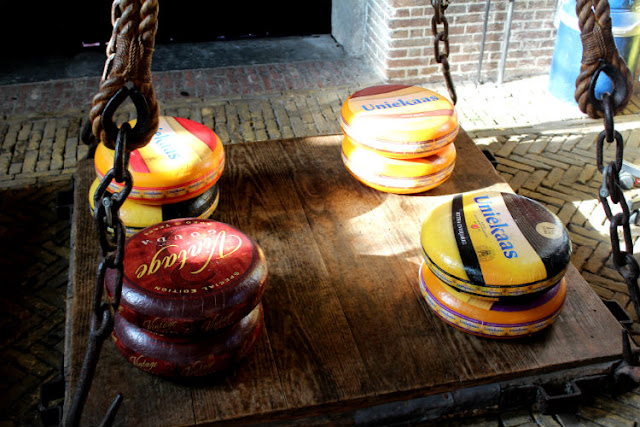 
Gouda is a very pretty town and when I was there with my mum last weekend, we just wandered around town, getting lost along the canals, in the narrow medieval alleys and hidden squares. We happened upon two windmills, one of which is among the oldest flour mills in the country, and three small courtyards that were used as social housing a few centuries ago. 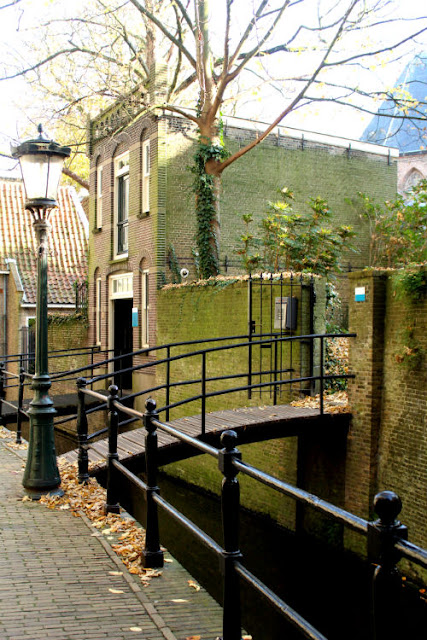 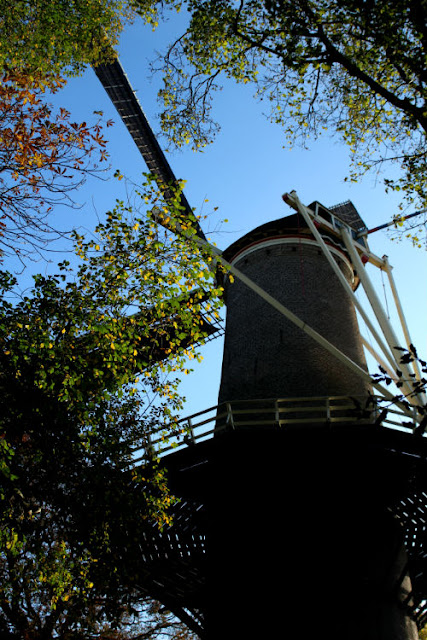