Venezuelan Food at Arepa and Co


I'm eating around the world without leaving London and this week I'm blogging about Venezuelan food at Arepa and Co.
This colourful and cosy Latin-American eatery is located on the banks of the Regent's Canal, just off  the Kingsland Avenue in hip Haggerston. I'd passed by the place a couple of times on weekend walks, and most of the time it was heaving. So for my Wednesday visit, Id made a reservation, but that was not really necessary. There were a few other people, but nothing like those weekend crowds. 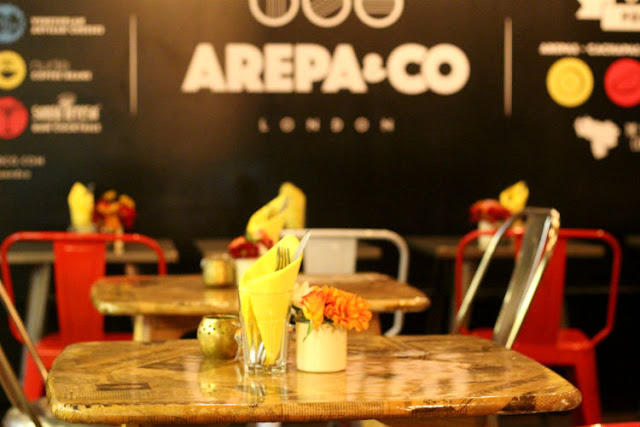 In the evening it's a bit dark to get there along the canal, but if you find that a bit too scary, you can reach Arepa and Co from the street as well.

Like I said earlier, it is a colourful affair, which makes it a cheerful place to spend an evening. It has a very Latin feel to it and there is even a hammock in the corner, if you'd felt like chilling a bit after dinner.

My friend and I kicked off with a glass of Chilean wine and a plate of cassava fingers with a garlic and parsley dip to tide us over till our mains were served. 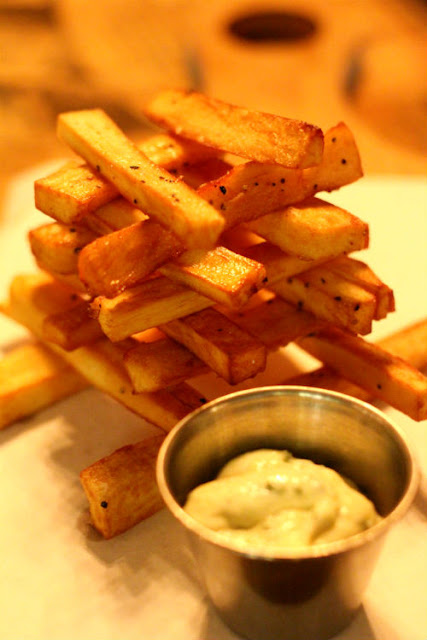 As the name suggests, at Arepa and Co they serve a variety of arepas, which is a corn bread that you fold and fill with basically anything you like. They also serve a slightly sweeter variety of the arepa, which is called cachapa. It is a bit bigger and instead of folding and filling, you add the ingredients on top. 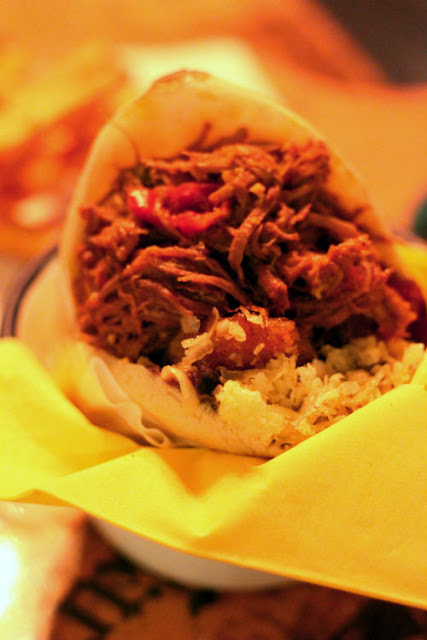 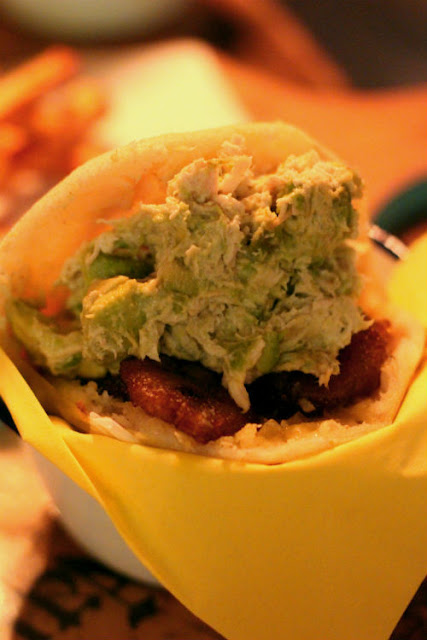 But the highlight was the dessert. We shared a portion of 3 leches cake. It literally  means three types of milk as the cake is made with evaporated milk, condensed milk and heavy cream. It technically does not originate from Venezuela, but it tasted divine nonetheless and, if you do decide to have dinner at Arepa and Co, is a dessert to leave a bit of space for. 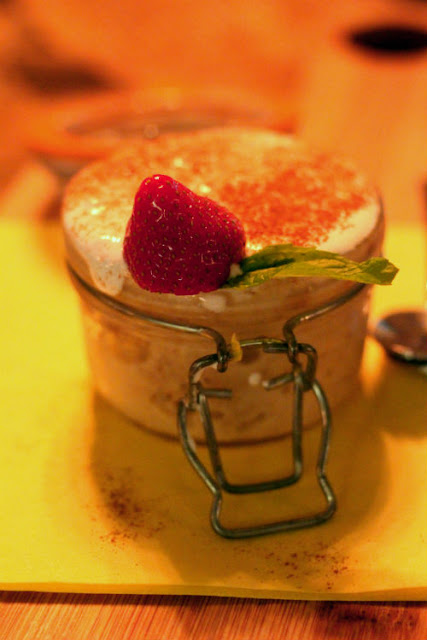