I'm eating around the world without leaving London and this week I'm posting about the Colombian food at Marlon's Kitchen. Marlon's Kitchen is small catering outfit, run by chef Marlon and his partner Lana. They pop up around several events around town and most recently at the Duke of York Square farmer's market, but they also run supper clubs now and again. I had the pleasure to attend one of those a few weeks ago.

Now when I got the invite, I must admit I was a bit apprehensive as the theme of the menu was offal. Not a big fan of offal, I am, but perhaps it is more a fear of the unknown as the only offal I have ever been exposed to is liver. And that was not on the menu. So, I accepted the invite.

The apprehensiveness was all for nothing.

When I walked in, I was greeted by the two very friendly resident dogs. The two hosts as well as my table partners were as friendly and the atmosphere felt very easy straight away.

We kicked off with some chopped pork tongue vinaigrette  on a variety of slices of bread. The pre-appetiser was a glazed chicken wing with a celeriac honey sauce, which didn't include any offal, but it was delicious. The second course consisted of monkfish cheeks, encrusted with little bits of fried pig's skin. 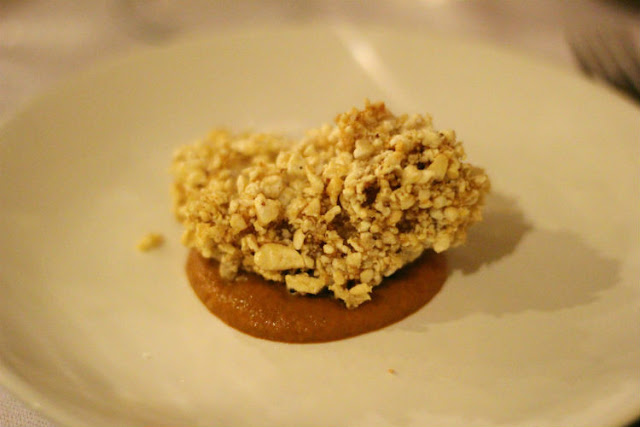 After that we had lamb sweetbreads in a goat's milk sauce, which was topped with chopped green olives and a dollop of cream. 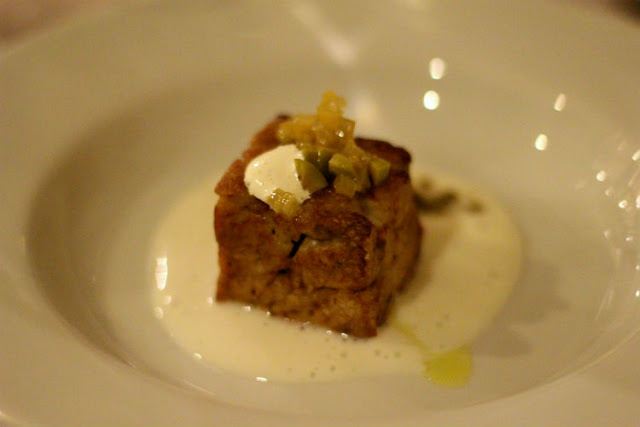 The main was simply amazing, It was the one I was dreading slightly as it was heart of ox, but it tasted so good. It was served on a bed of mashed sweet potato and a grilled onion, and doused with fragrant coffee jus. 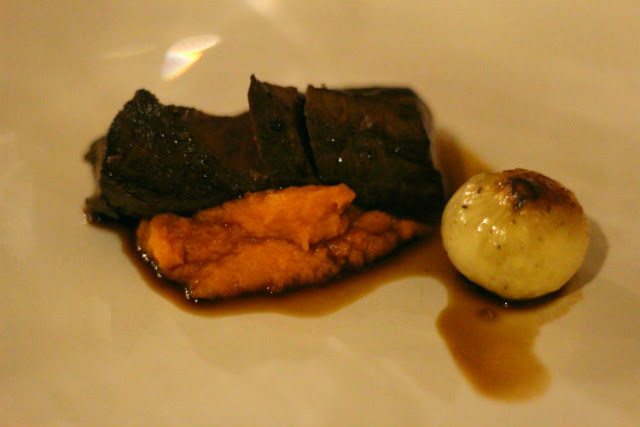 By this time I was starting to feel rather full, but there was more to come.

I'd already had a look at what dessert was, as I always do, and I was intrigued. It said it was sherbet with dried calf's foot jelly and a green pea sauce. The calf's foot jelly is probably comparable to what gelatin is made of, which is pig's bone. This stuff was a chewy, caramel like substance, which Marlon had dried and broken off into little pieces. It tasted like tiny, sweet biscuits and went really well with the pea sauce, which tasted nothing like green peas actually. The only way you could tell that it was made of peas, was by its colour. 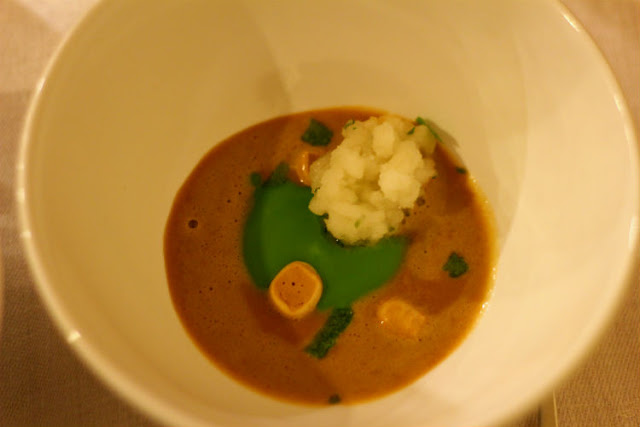 We finished the evening with teas and coffees and home-made biscuits, for which I actually didn't have room left, but had some anyways, as they were too good to leave on the table. 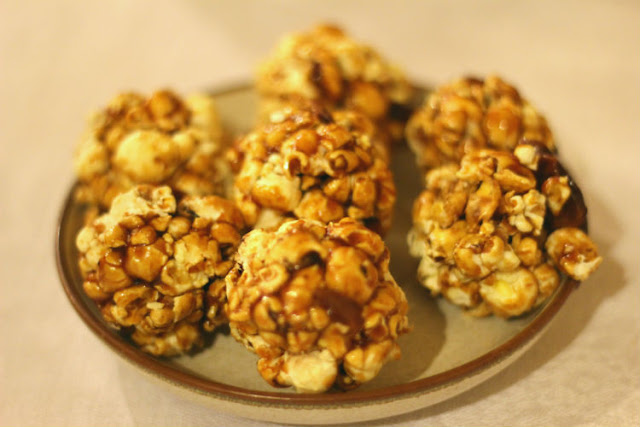 I left the event with a completely different view on offal. Who knew that it could taste that good?