Daytripping in the Galapagos Islands 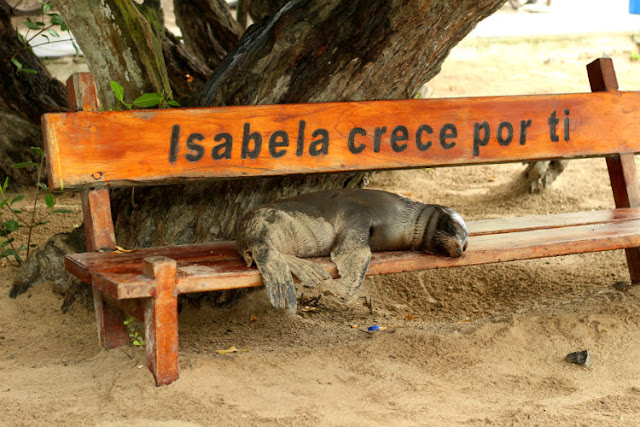 Sorry for the Galapagos spam, but I had such an amazing time there that I want to share it all. As I wrote in my previous posts, I didn't book an exorbitantly priced cruise, but went totally rogue and explored the islands on my own. Puerto Ayora was my base and I went to Isla Isabela and Isla Cristobal on day trips. Here's what I got up to on those. 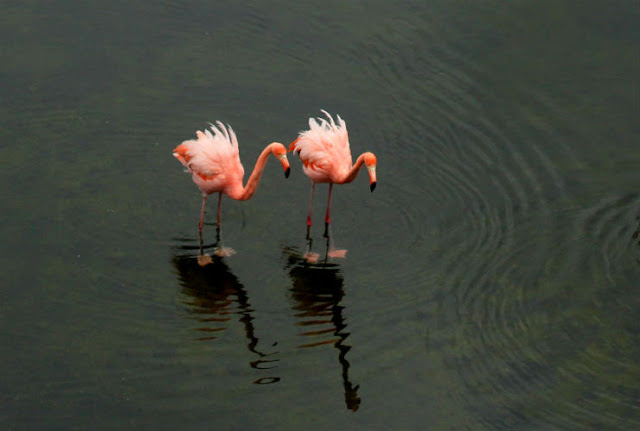 Daytripping is a lot cheaper, but the downside is that you'll spend quite a while on a boat in order to get to the other islands, so if you're thinking of going to the Galapagos, I would perhaps consider staying at either of these two islands for a few days. Having said that, I don't mind boat rides all that much. After a two hour boat ride to Isabela, we were driven to a massive flamingo pond, where we watched  these graceful birds feed on 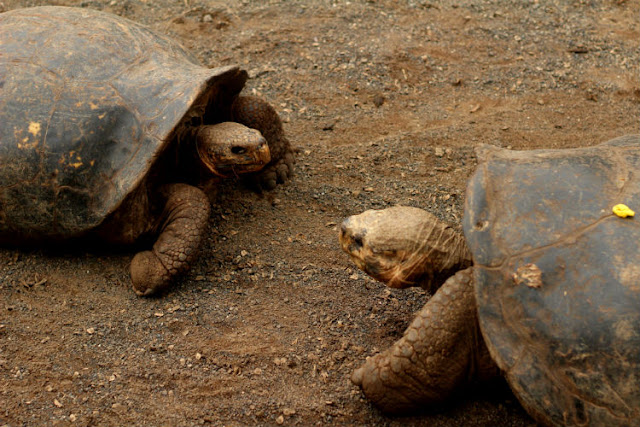 We continued to a land turtle conservation centre, where the friendly land turtles came up to us to say hello. There were nurseries here as well, were little ones were bred and kept. 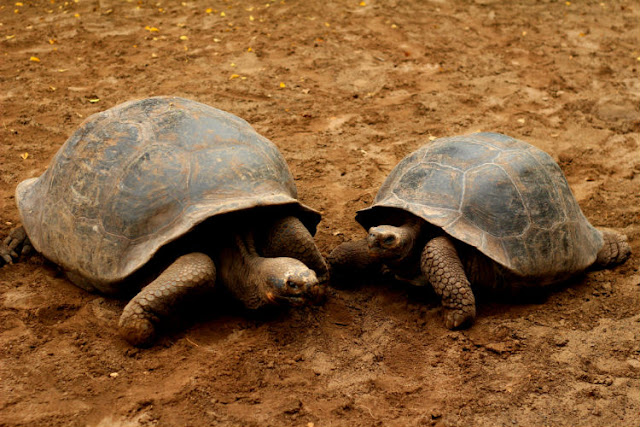 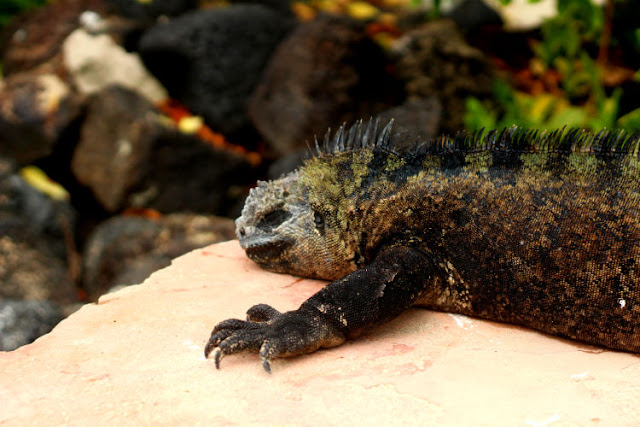 We had lunch in Puerto Villamil, overlooking the beach where scary looking iguanas were lazing in the shade. After lunch we were driven back to the harbour for a bay tour, taking us to see penguins and snorkel with massive sea turtles. 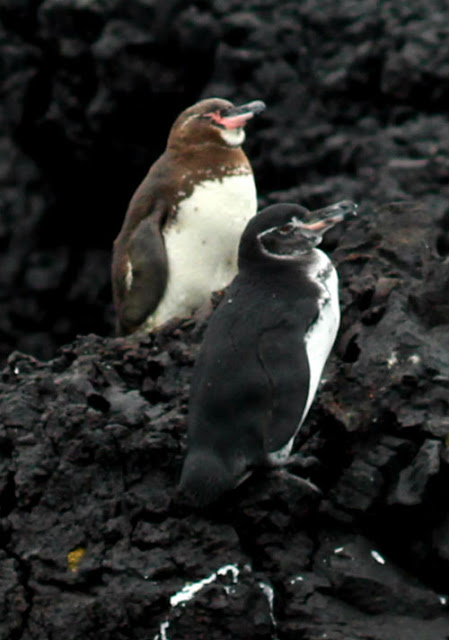 My day trip to Isla San Cristobal also started with a two-hour boat ride to the main harbour of the island. I had a private tour here and was first taken to the island's information centre, which gave a very good insight into the flora and fauna of the islands. 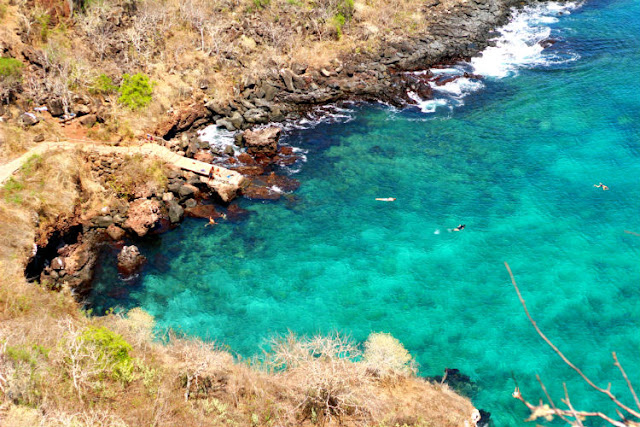 My guide then took me to a look out point, with far reaching views of the bay, where deep down below people were snorkling in the greenish blue water. This is exactly where we headed to right after. Unfortunately, there were no sea turtles to play with this time, but the fish were abundant and colourful. 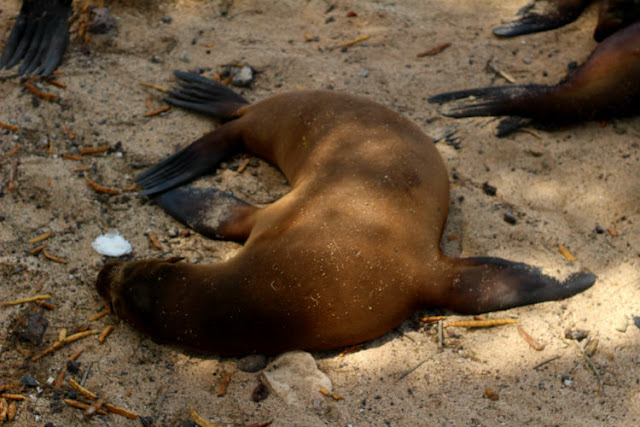 We had lunch in town, where sea lions can be spotted on the boulevard that runs parallel to the beach. In fact the entire beach is littered with sea lions, even cute little ones. 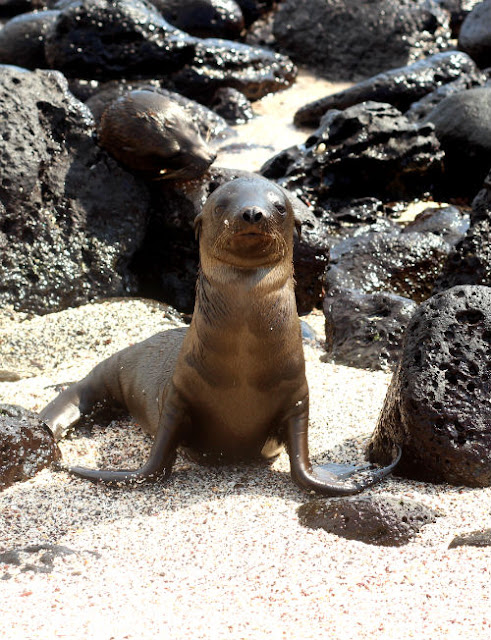 We finished the day with a visit to La Loberia, which is a stretch of coastline so pristine, that besides the odd tourist, you'll only see colonies of sea lions, basking in the sun or frolicking in the water. We snorkeled some more, before heading back to the harbour where I was whisked back to Isla Santa Cruz.