Five Must See Sights In Quito


Quito is one of those places that brims with history. So much so that its entire city centre has been placed on the UNESCO World Heritage list. There are pretty buildings every time you turn a corner. I had a good three days to explore the historic heart, but if you're short on time, then here are five must see sights in Quito. 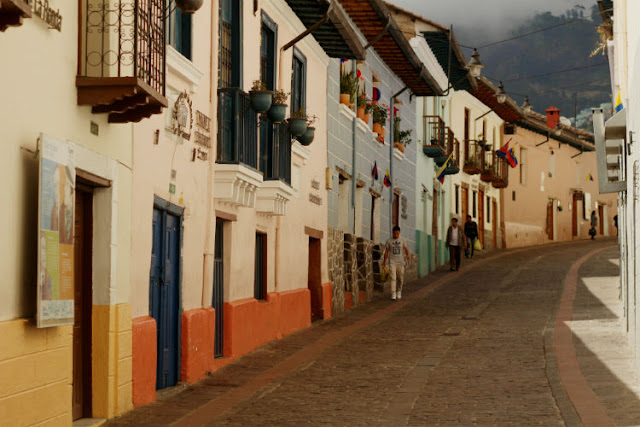 Also known as the Plaza de la Indepencia, this square is the pulsing heart of the old town and you really should start your visit here. It's bordered by the presidential building on the north side, The Cathedral of Quito on the west side, the municipal building on the south side and the archbishop's Palace on the east side. The square is buzzing with activity of street vendors, shoe shiners, tourists and locals. If you happen to be her eon Monday morning around 11 am, do pop by and watch the very animated changing of the guards. It includes the president, horses and lots of fanfare. 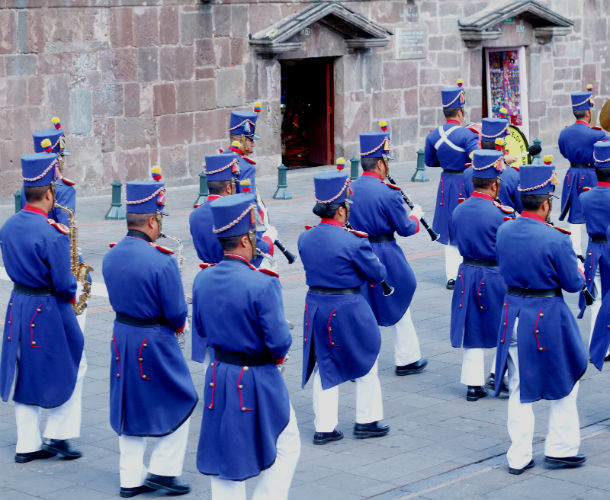 If you're going to visit a church here, you'd better make it this one. Its interior is an eclectic mix of Mudejar, Spanish baroque and indigenous design. Walking into this church, which took 160 years to be completed, your jaw will literally drop to the floor at the sight of so much gold. 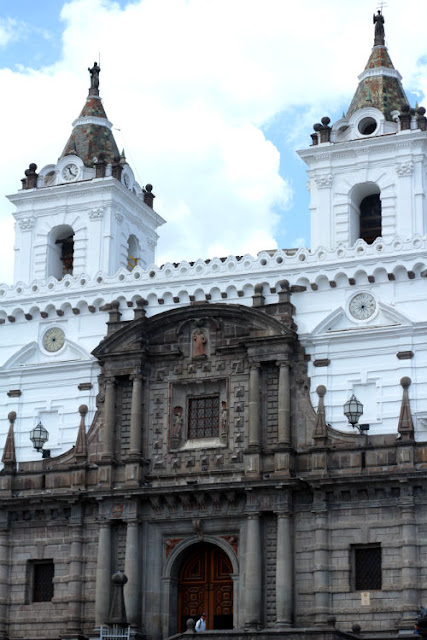 I’ve never been to a city that has so many monasteries as Quito. Even if it is not really your thing, the one that definitely deserves a spot on this list, is the Monastery San Diego. Not only does a tour round this convent take you through rooms and corridors that are as old as the hills, a visit to this place is worth for the sheer experience of being greeted by a monk and guided around by Linda Hurt’s (the head mistress in Kinder Garten Cop) Ecuadorian look-a-like. The hidden room behind the altar, which was filled with skulls and bones, is something I’m not likely to forget any time soon. 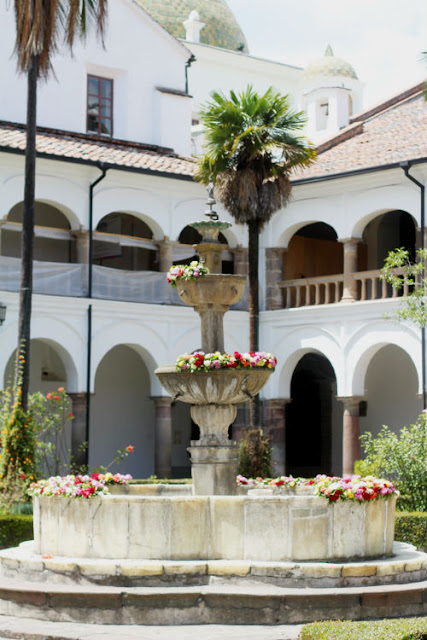 It’s hard to miss the angelic statue that towers over the city, which is actually an aluminium version of the Virgin Mary, perched on a volcanic 200 metres hill. It’s worth taking a cab up the hill and wander around the base of it, where you can take in far-reaching views of the city and the surrounding mountains and volcanoes. 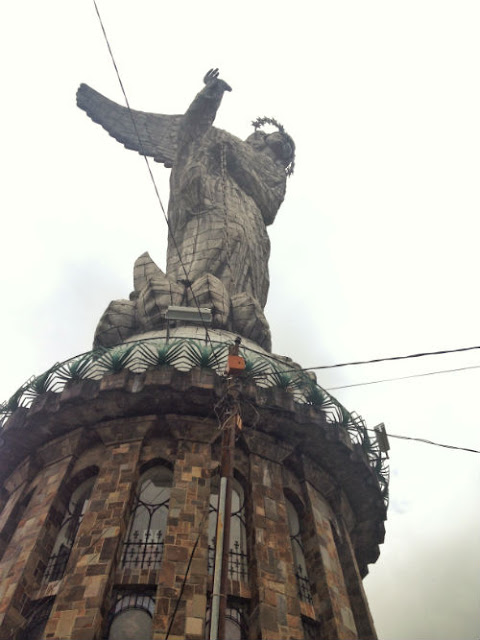 Considered to be the liberator of Ecuador, you will hear this name a lot in Ecuador. I was curious and decided to take a peak in his home in the centre of the city. Also because I like looking around historic homes and imagine what it was like to live in ancient times. This residence was way ahead of its time in that the roof was constructed with strings of cow hide, which would be more earthquake resistant than nuts and bolts. How clever is that? 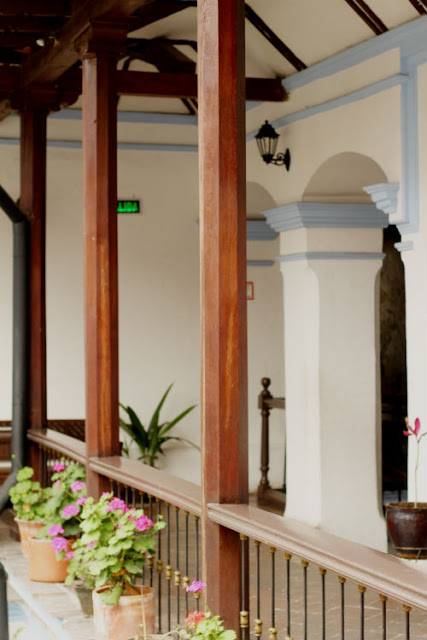