I’m eating around the world without leaving London and this week I had Mexican food at DF Mexico. DF Mexico, which refers to the country’s capital area, serves up modern day Mexican fare with a little hint of USA. With the risk of finding more Tex than Mex at this place, I decided to go check it out anyways. A taco is a taco after all. 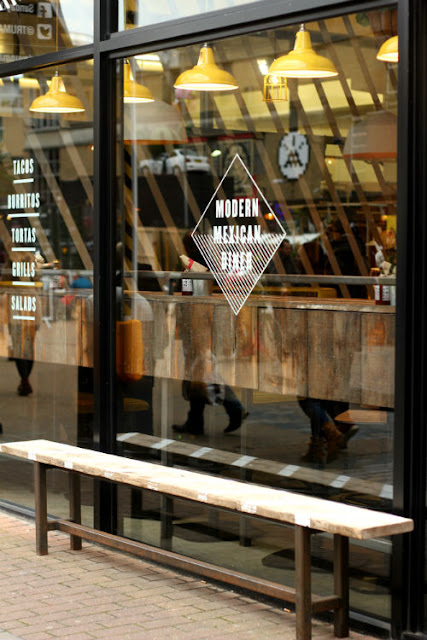 DF Mexico is located in the Brick Lane area in the Old Truman Brewery, the building that hosts the Sunday Up Market. 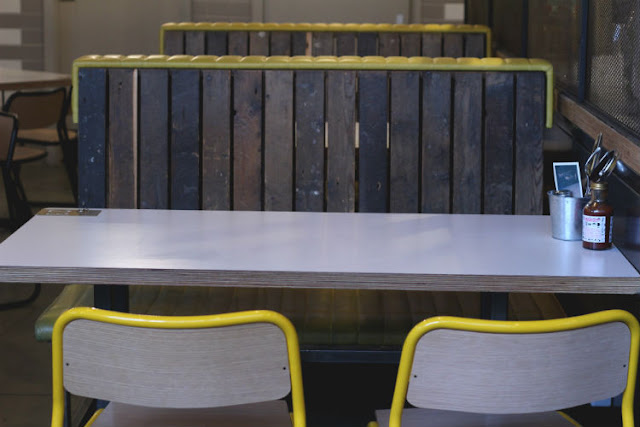 Inside it looks like an American diner with those 1950s style booths and infinite soda fountains. So don’t go if you’re looking for piñatas and table serenades by Mariachi bands. Although the latter pour fruity water rather than sodas. (Although here they’re called aguas frescas.) 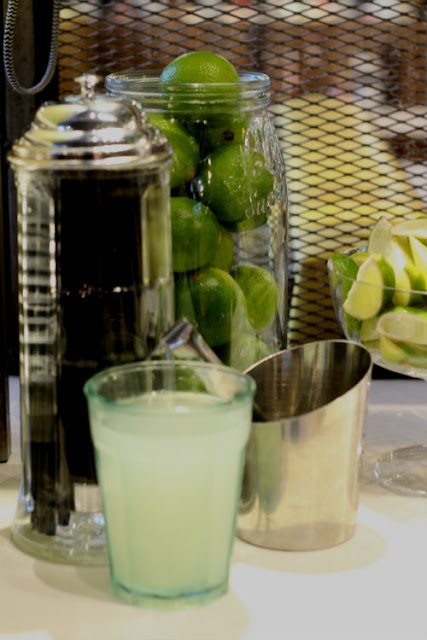 I sat down at the food bar by the window and studied the menu. There is no table service so I had to order my food at the till. I went for a duo of chicken tacos. The chicken was rubbed in a pasilla chilli  and served on a bed of crisp lettuce and beans, and topped with a tomatillo salsa and fresh coriander. Not so Tex-Mex after all. 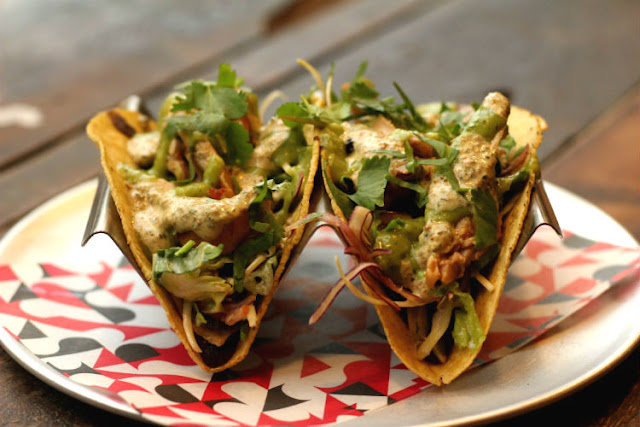 I washed it down with a glass of lime and chia water, which I would have refilled if I didn’t feel so stuffed.

DF Mexico gets a big thumbs up from me, even though inside it feels more Minnesota than Distrito Federal.