I always say I never win anything, but this week I was lucky enough to bag myself a dinner for two at Min Jiang restaurant in the Royal Garden Hotel in Kensington.

Min Jiang is quite a posh affair serving up fragrant dishes from China. According to their website, they are the only ones in London serving up authentic Chinese fare. I was running late, so my friend was waiting for me in the bar area, totally impressed by the view of London from the hotel's tenth floor.

We were led to our table straight away as there was a two hour turn-around time on our dinner session. 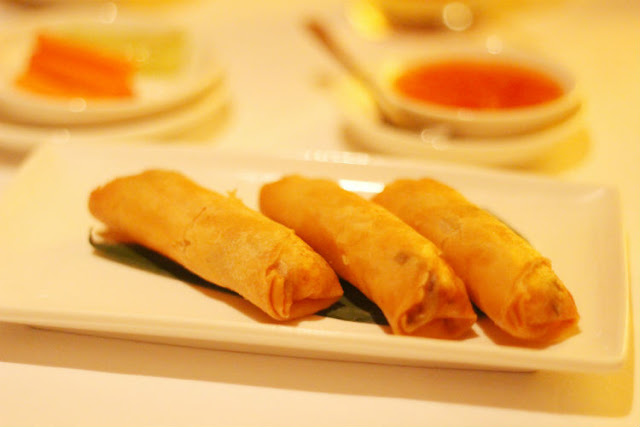 We started with a portion of veggie spring rolls, which for some reason always seem to come in odd numbers, leaving you with that awkward question of who will have the last one. We solved the issue by halving the last one with a chopstick, which is probably a no-no according to Chinese etiquette, but what can you do? They were very nice, by the way.
For my main I went with the steamed seabass in a ginger and spring onion sauce. My friend opted for the sweet and sour chicken, which was prettily served in a pineapple ring. 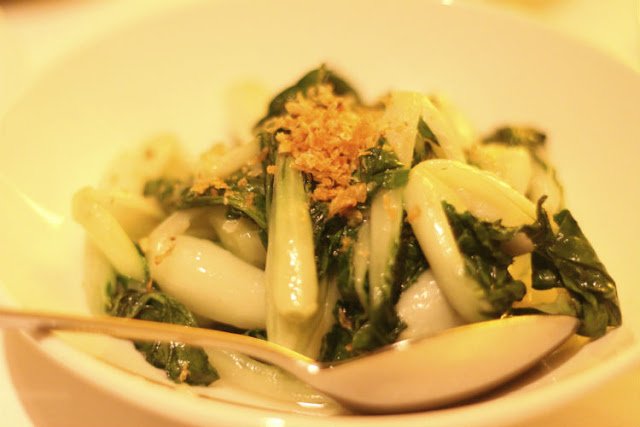 We added a portion of fried noodles and steamed paksoi in a ginger sauce. I loved both dishes as we ended up sharing everything that was on our table. 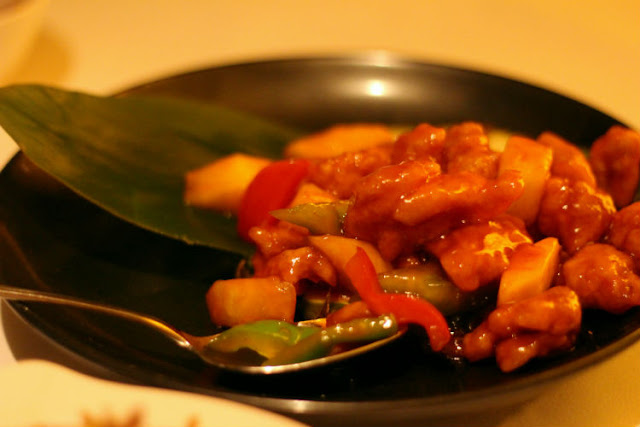 There was a lot of food leftover, but I just had a feeling that this was not a doggy-bag kind of place. 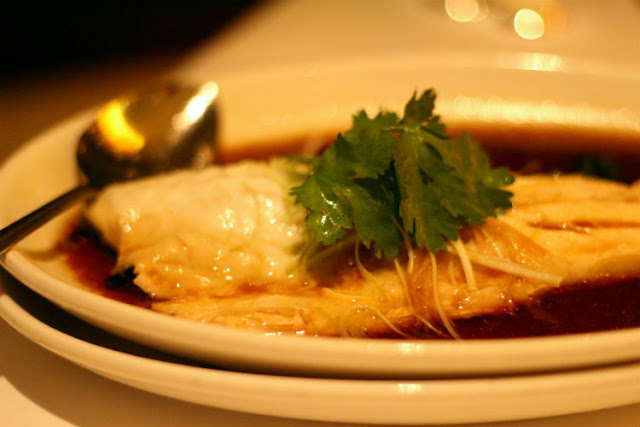 The dessert menu sounded very nice, but I opted to finish my meal in the bar with a Canton Ginger cocktail. We lingered around a while soaking up the twinkling skyline of London, before heading home.

Min Jiang is probably not a place I would go to normally, given the price tag on its meals, but if you've got the cash or a generous boss, I'd totally recommend it.