Canadian Food at The Poutinerie


I’m eating around the world without leaving London and this week I had Canadian food at The Poutinerie, a food stall at Brick Lane Market that sells poutine. 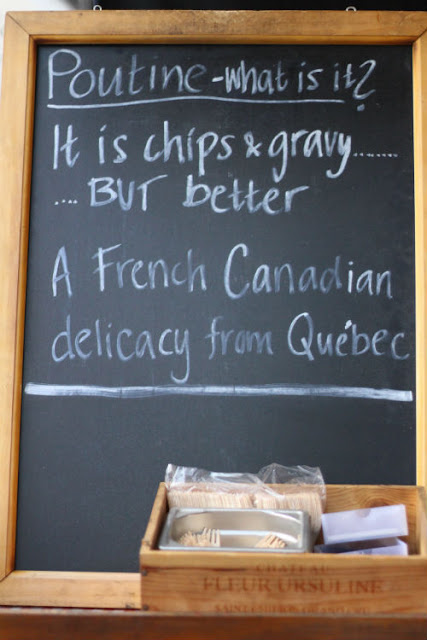 Poutine is a dish with French fries topped with curd cheese and a meat gravy. I’m Dutch and I like my fries with mayo, and we do drown ‘m in that shit. So the idea of topping fries with gravy goes way against the Dutch rules of eating fries. But in the name of writing a blog post for my foodie series, I was determined to try this poutine.

There are a few places in London where you can get it, but the first one on Google’s list was this place, so yesterday, my friend and I braved the cold London weather and headed east.

The Poutinerie stall is located sort of halfway down Brick Lane next to a bunch of other food stalls. I ordered my portion of original poutine which was generously doused with a ladle full of gravy and topped with curd cheese. 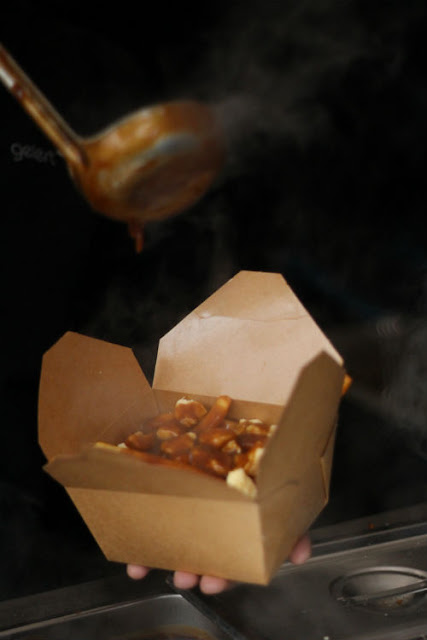 I have to admit, that it was actually quite nice. The cheese tasted like a crossing between a hard, crumbled mozzarella and slightly less salty haloumi. The gravy was nice and creamy and the chips were firm and crispy. 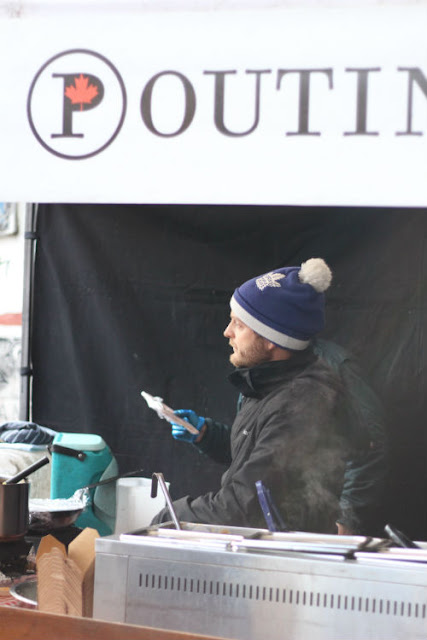 The only thing I didn’t like were the fries in the bottom as by the time I got to them they had gotten a bit soggy. My friend went for the veggie gravy, which to me didn’t taste all that different, so carnivores will love it to. 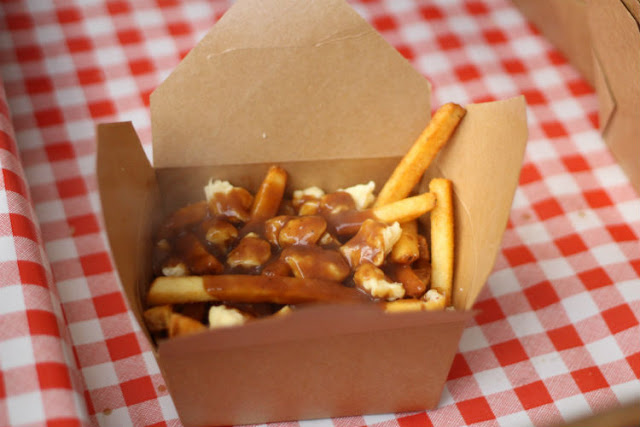 If you want your poutine with a little kick, you can spice up your fries a bit and add the 'Spicy as Fuck sauce' to it.

It’s quite a stodgy meal, and when we finished we were both craving something sweet. So back to the Sunday Up-Market we went in search of some dessert. I love it when you’ve got all that food at hand.