I'm eating around the world without leaving London and this week I'm actually concluding the ethnic food tour with Scottish food at Deeny's. 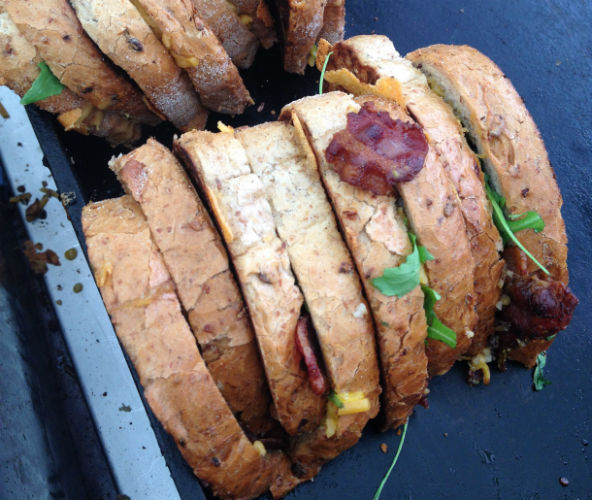 Deeny's is a Scottish venture that sell Scottish themed toasties at markets and their cafe in Leyton. I went to look for them at Broadway Market where I found their stall with a massive queue of people waiting eagerly to order their haggis toastie.  They offer a variety of toasted sandwiches with or without haggis. They even do a veggie haggis if you are so inclined, but to me that is just cheating. 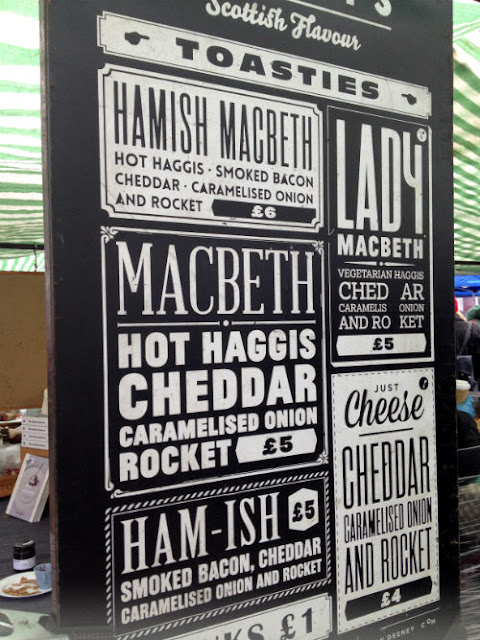 We joined the queue and waited for maybe a good ten minutes so we had a good chance to see what goes on in order to make them. The two guys manning the stall were churning out sandwiches non stop in a smooth, production-line style process. One guy prepared the bread with mustard and other trimmings and the other guy took orders while toasting the filled sandwiches with massive flat irons. 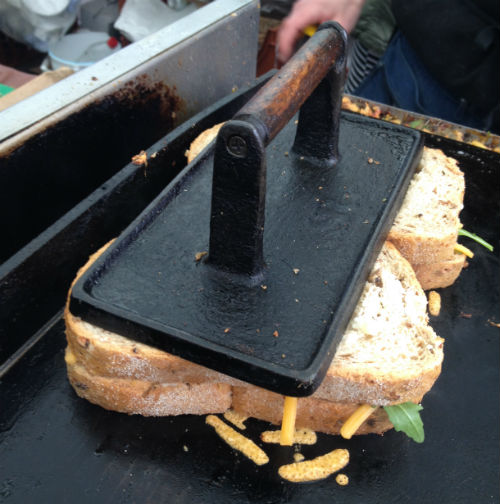 I went for a Hamish Macbeth which was filled with of course, haggis, bacon, rocket, cheese, caramelised onions and a lot of mustard. My friend Jacintha went for a cheese toastie as she was a bit apprehensive with the whole haggis thing. 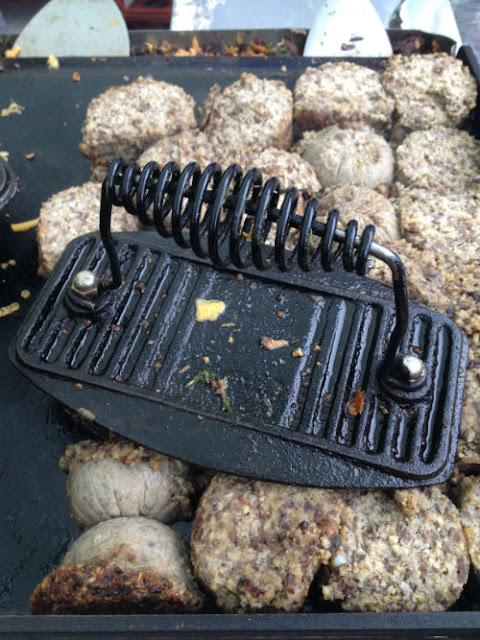 I get why people were queuing up as these toasties are just the kind of stodgy food you need with early March, British weather. Although next time I would ask to hold the mustard as it was the English kind, burning up my taste buds. 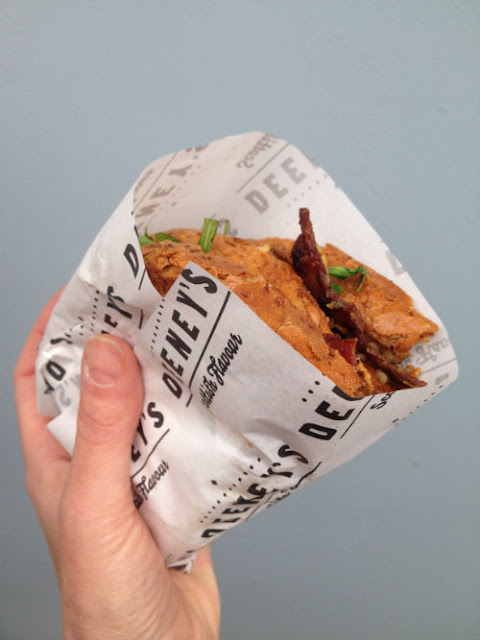