Pachamama recently launched a new brunch menu and Jacintha from Urban Pixxels and I were lucky enough to try it out over the weekend.

Pachamama serves Peruvian infused dishes lovingly created with British sourced ingredients.So ethnic food with a sprinkle of Britishness. It is located in a basement location in Marylebone, which is a little bit hidden and caused me to walk by it a few times. 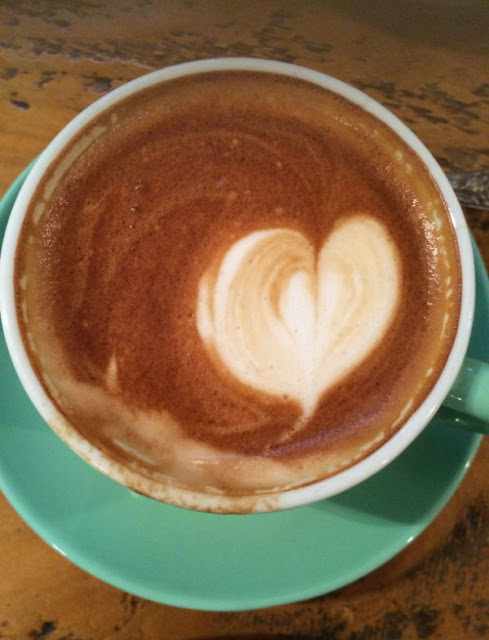 I was expecting a dark dungeon as I descended down the steps, but it was nothing like that once I entered the restaurant. It was actually quite bright and airy with lots of natural light. The bit where we were seated felt a bit like someone's kitchen, complete with cupboards and large communal tables. And a massive plastic,black horse which seemed a bit random. 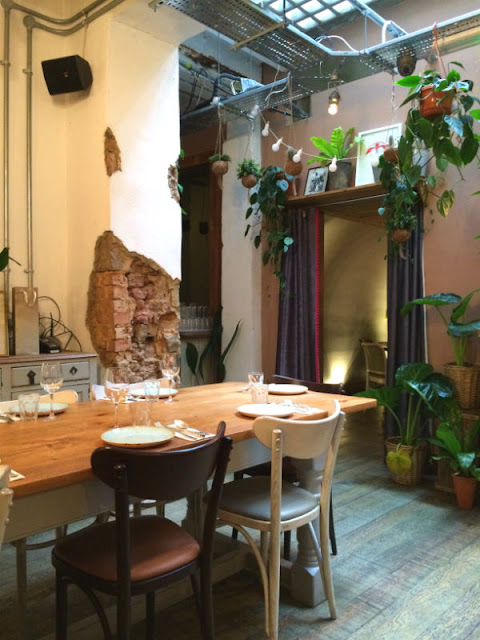 The service was uber friendly, even though they seemed to be busy and slightly stressed, with it being opening weekend and all.

The the food. The choices were not extremely abundant, but it was hard to make a choice nonetheless. For a while I didn't know whether to go for the Pan con Chicharron or the ceviche, but the seabass ceviche won in the end. 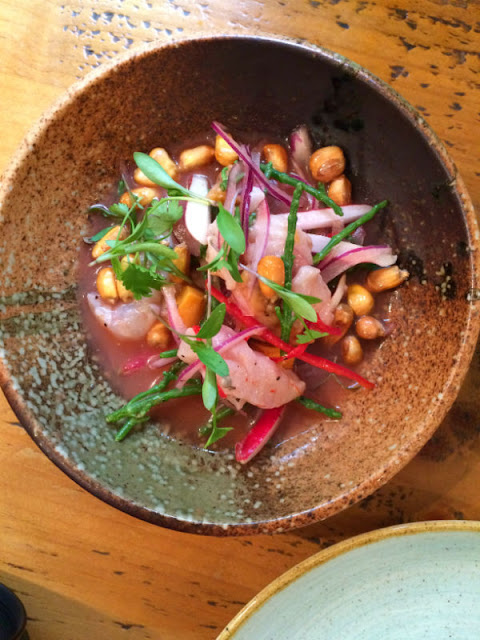 I also ordered the aubergine with the yogurt and pecan sauce to go with it as ceviches tend to be a bit on the light side. 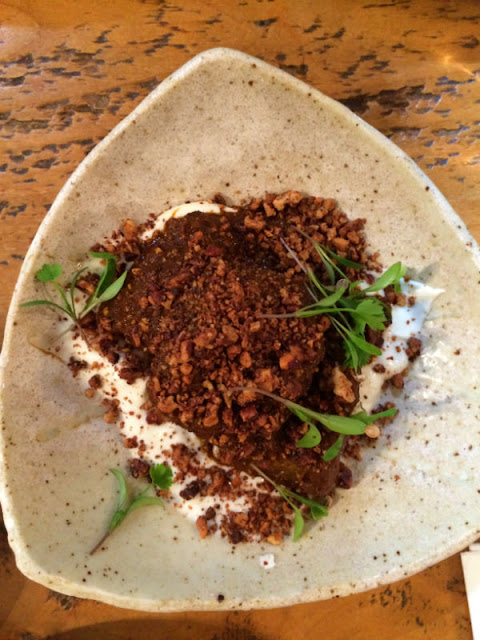 Jacintha went for a quinoa waffle topped with bacon and a fried egg. 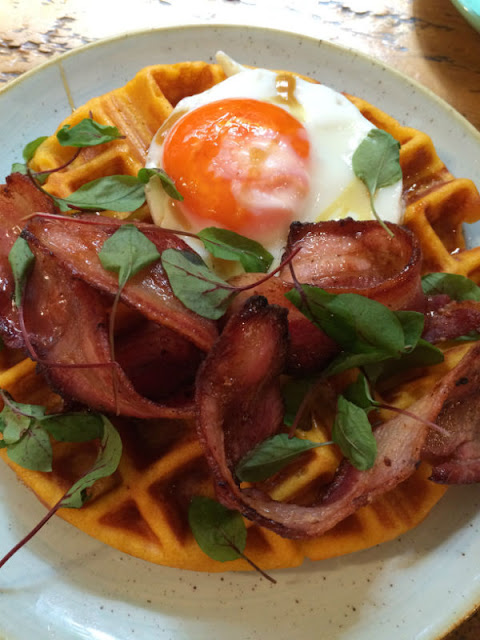 I still had loads of room left for dessert and was intrigued by what our waitress described as a tart made with a fruit that looks like an avocado, but tastes like caramel. It was amazingly creamy and sweet. 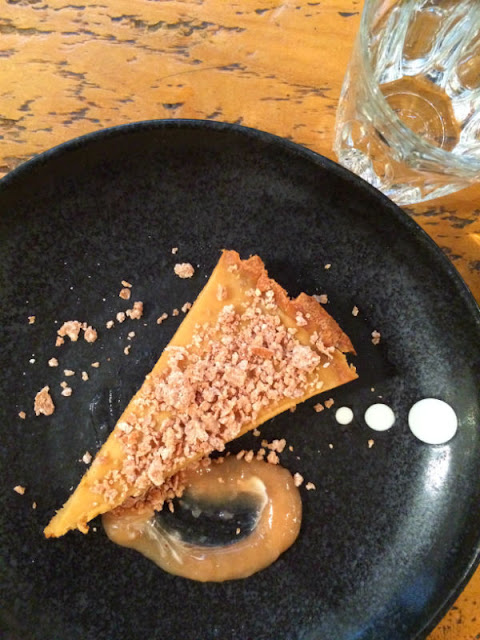 Even though the waffles were anything but light, Jacintha chose a meringues with a custard cream and a berry topping. 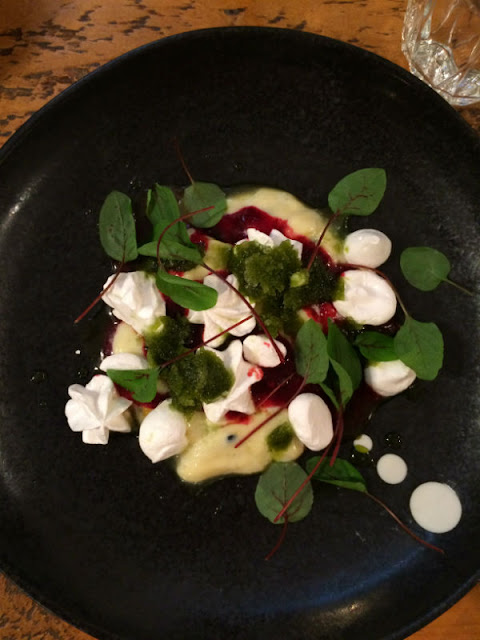 By the time we left, it had gotten quite busy and there were people queuing at the door. And I can totally see why.