Last weekend I flew to Milan for the Bank Holiday. Even though Lake Como was the final destination of our trip, I decided to spend 24 hours in Milan. If I'm honest, I wasn't expecting much as I'd heard from many people the city has more to offer shoppers than sightsee-ers. One friend even called it a shit hole.

Now I wouldn't exactly call it that. True, it's not the prettiest city I've ever visited, but I did find some nice spots while wandering around. 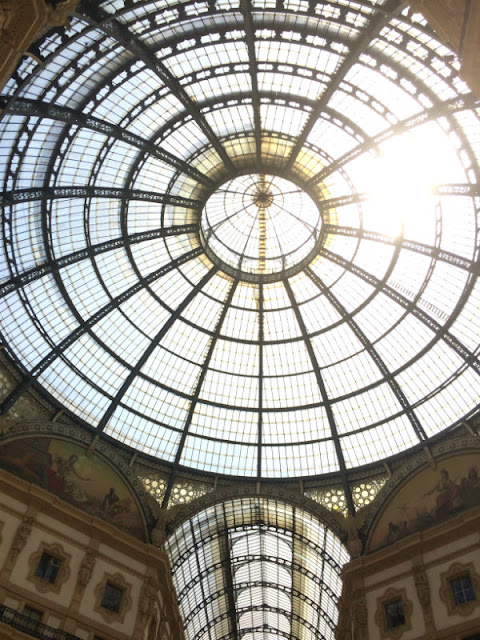 Here is what I saw.

Of course I headed for the Duomo, the city's most famous sight. It's got a pretty impressive facade and judging by the length of the queue to have a look inside, the interior must be pretty awesome too. 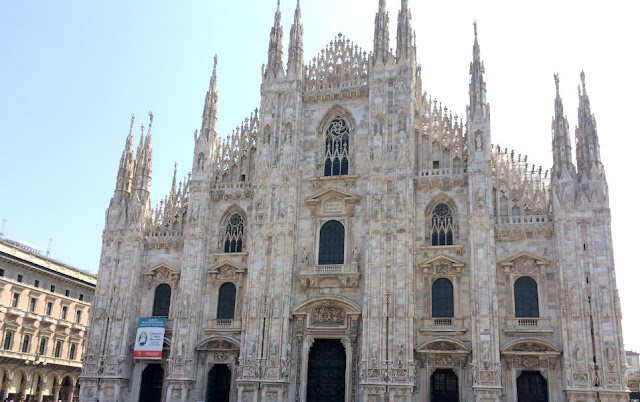 I decided to stay outside as the weather was amazing. I headed to the Vittorio Emanuele shopping gallery, one of the world's oldest gallery and probably one of the world's most expensive too. Think Louis Vuitton, Versace and Chanel type shops, slightly too expensive for my H&M budget, but still worth having a look. In the middle of the gallery is a floor mosaic depicting a bull, which balls are apparently bringing good luck if you twirl around on them. Luck bearing balls, oh yeah. 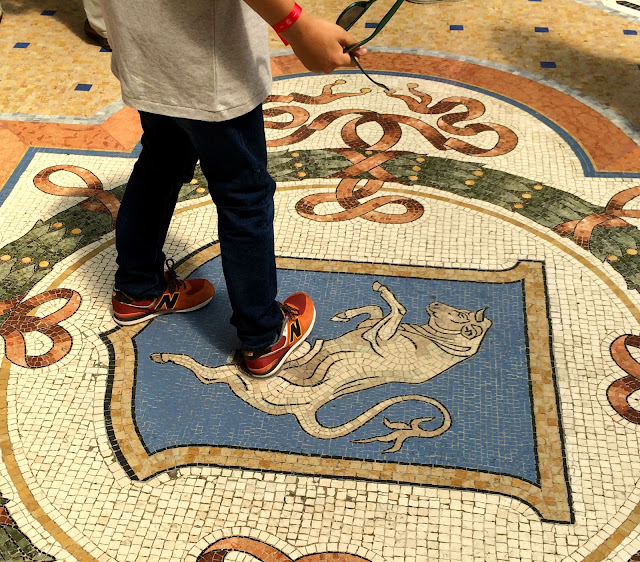 Next I headed over to the Castello Sforzesco, which dates back to the 15th century and now houses several museums. Again I left the museums for what they were as the weather was too nice to stay inside, so I headed to the Sempione Park instead for a little snooze in the sun. 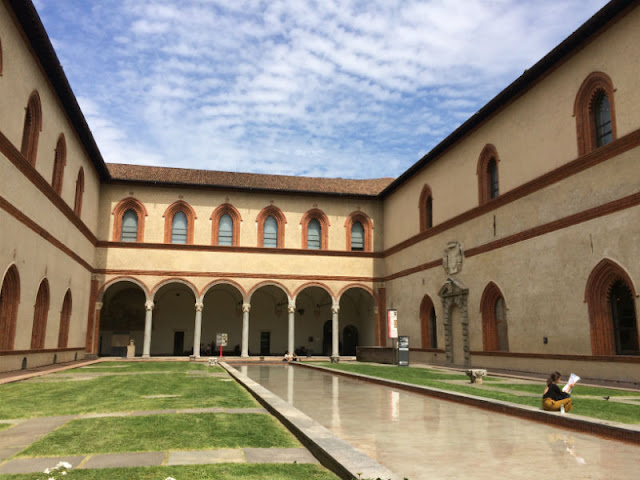 Verging back towards my hotel which was on the via Cesare Correnti, I popped into the Santa Maria Delle Grazie and its lovely little courtyard. I tried to sneak into the room that displays the Last Supper by Leonardo Da Vinci, but only to be told I should've booked two weeks in advance. Two weeks? I only had one day. So I popped back into the streets again. 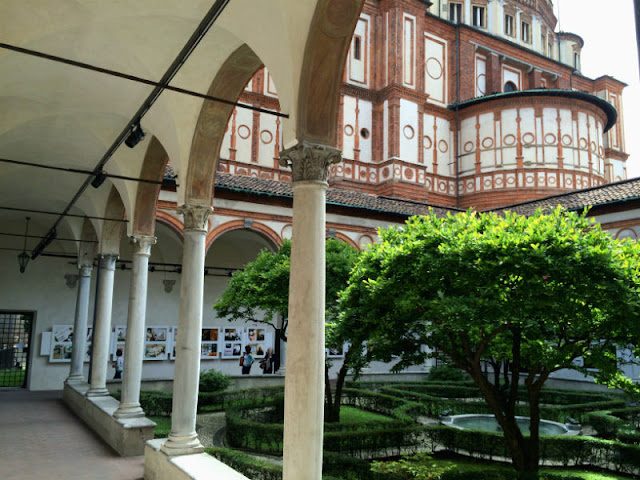 I walked on towards Basilica di Sant'Ambrogio which dates back to the 1100s and also has a lovely columned courtyard. 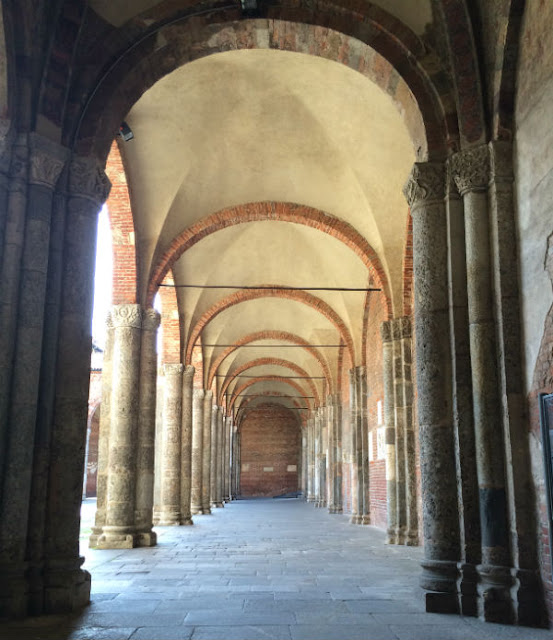 Then, before heading back to my temporary home, I had a drink on a terrace overlooking the Basilica San Lorenzo Maggiore. dating as far back as the 4th century.  I couldn't think of a better way to finish my 24 hours in Milan. I ended up having a lovely day in Milan and was so not expecting to like it that much. I might just go back to visit those museums and the inside of the Duomo some day. 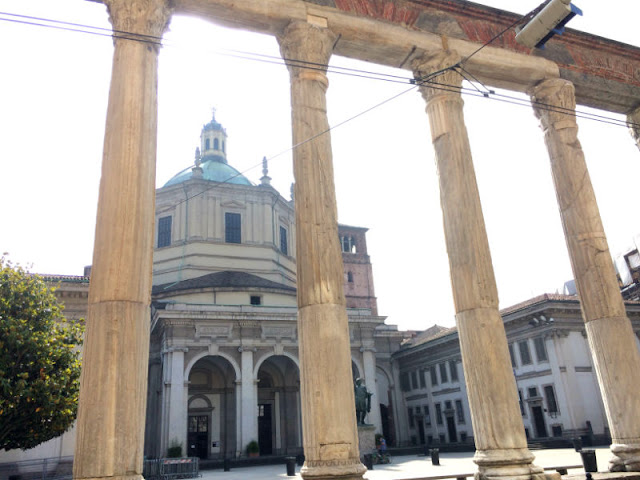