Mauritian Food at Marcel and Sons


Last weekend my Sunday brunch looked and tasted a little bit more exotic than your average roast pork and Yorkshires. I actually had Mauritian food at Marcel and Sons in Elephant and Castle. 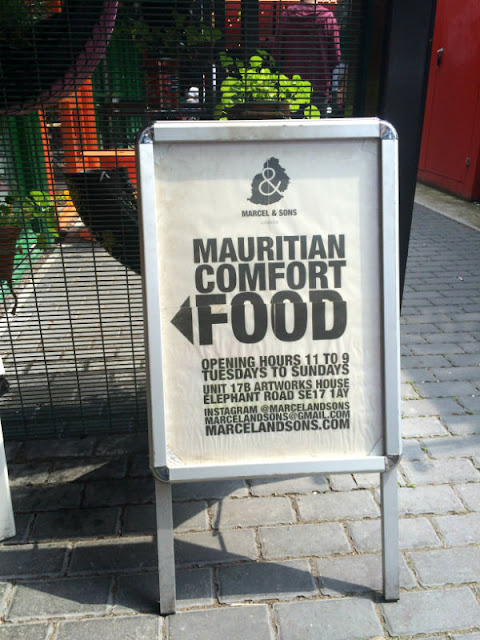 I don't venture to this area of London all that often, but apparently Elephant and Castle is the next up and coming area of London. I mean they even have their own little version of Box Park / Pop Brixton called The Artworks Elephant. It's a collection of shipping containers set around a little courtyard, which houses several cafes, eateries and other businesses. This also happened to be the location of Marcel and Sons. 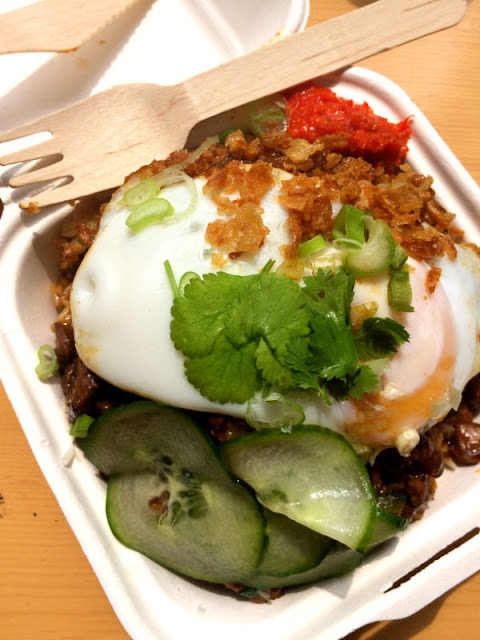 Marcel and Sons is a tiny little hole in the wall, housed in a shipping container, of course.  There are some stools to eat inside, but the weather was awesome so we grabbed the table outside in the sun. I started with a drink called Alouda, which is a milky drink filled with gelatine bits, kind of like the ones you find in bubble tea. There are two flavours at Marcel and Sons; Rose water or vanilla. I opted for the slightly less sugar sweet sounding vanilla version. 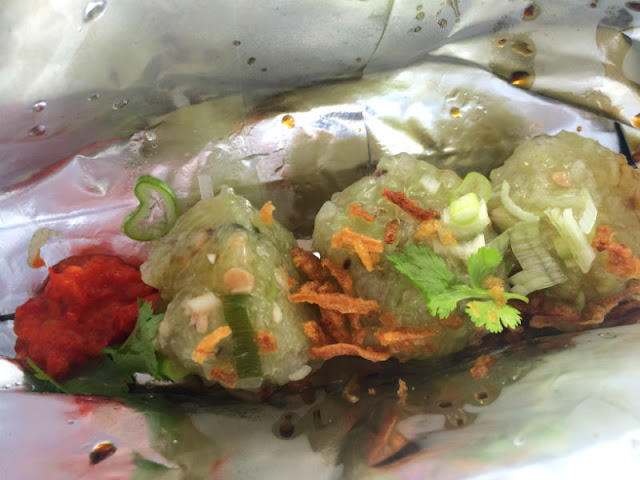 The menu is short and sweet. You can choose from Bol Renverse which is a rice bowl with layers of chicken, shitake mushrooms a lovely Mauritian sauce and a fried egg on top. You can also opt for Bao Pao, which are steamed buns filled with beef, or steamed dumplings called Nouik Nian, which are filled with chayote, but I am not sure what that is.

They were lovely though as I ordered a portion of these as well as a Bol Renverse,which was really nice as well. The flavours reminded me a little bit of Indonesian food, which makes sense, since the guy serving us explained that the Mauritian cuisine was influenced by numerous different cultures and peoples. A bit of a mishmash, really, but a lovely mishmash nonetheless.