Last week I was introduced to the wonderful Turkish food at Petek in Finsbury Park. A friend had been raving about it, so he finally got me to go and try their cooking. 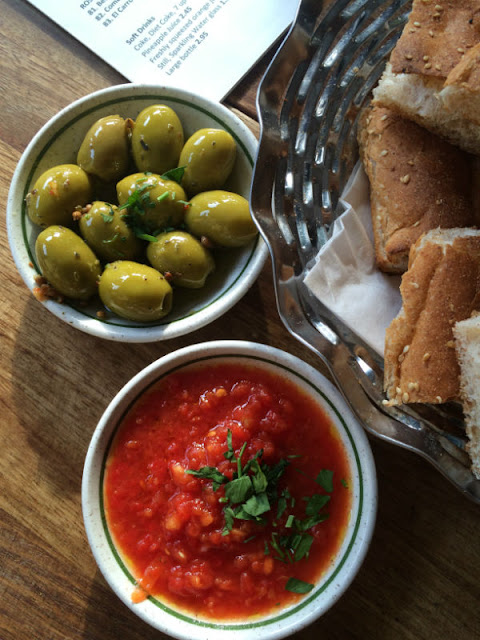 I was early so I decided to kill some time nibbling on Turkish bread with an enormously spicy dip, some olives and a glass of cankaya wine from central Anatolia.

This was a good op to look around. Petek feels very Mediterranean with dashes of happy colours everywhere. There was an extensive collection of middle-eastern lamps and those blue Turkish eyes that bring luck. It wasn't busy, but the restaurant was buzzing not long after that. 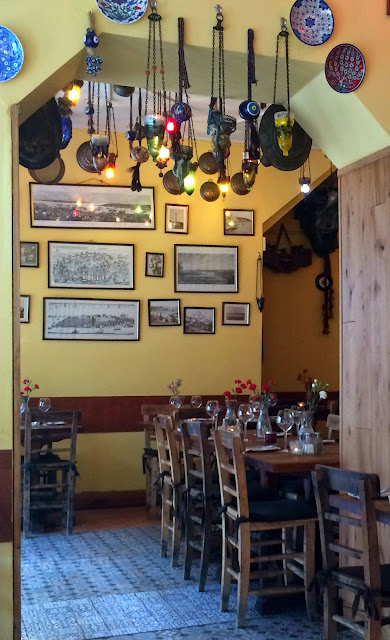 The menu was on the long side although there were a lot of dishes that came in a couple of variations. There were lots of grilled meat dishes varying from lamb to chicken. There were a few veggie options as well.

My friend went for the grilled chicken kebab with rice and salad, which according to him is so good, he always orders it when he eats at Petek. 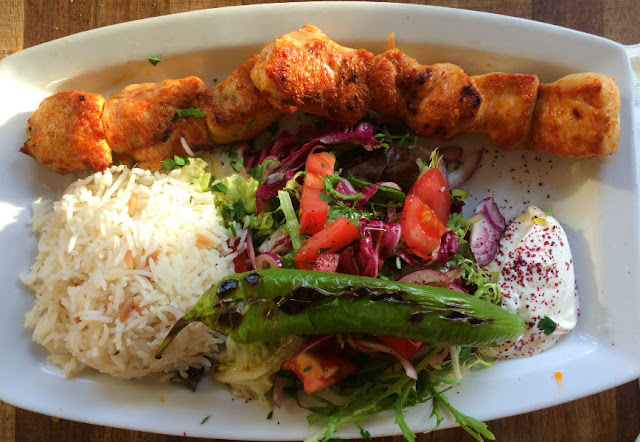 I opted for a minced chicken kofte with an aubergine paste and a tomato sauce. It came with the same rice and a side salad as my friend's dish, so I think that's just the standard at Petek. 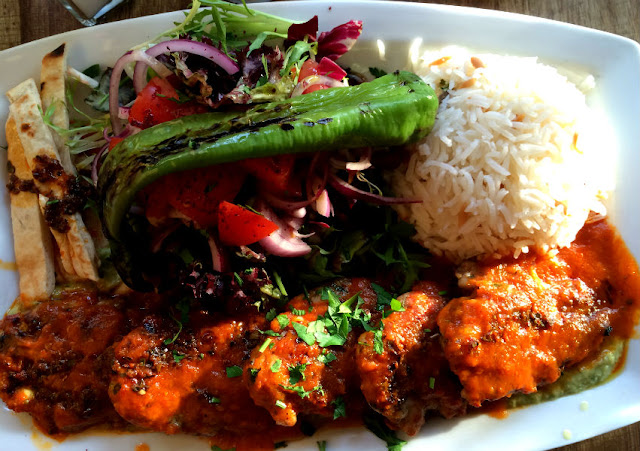 It was good, but way too much for me to handle so I took a doggy bag home. Lucky me as I enjoyed Petek's yummy food two nights in a row.

There was no space for dessert, but from what I remember while travelling to Turkey, they're normally on the sweet and sugary side,which is not really my thing. Other than that, I totally see why my friend is a regular at Petek.