I'm probably going to sound like a supper club groupie, but yes I went to another supper club on the weekend. This time it was Indian food by The Spice Angel, a pop-up restaurant by Rani Pathare. She's a bit of a celeb as she was a quarter finalist on Master Chef a few years ago. 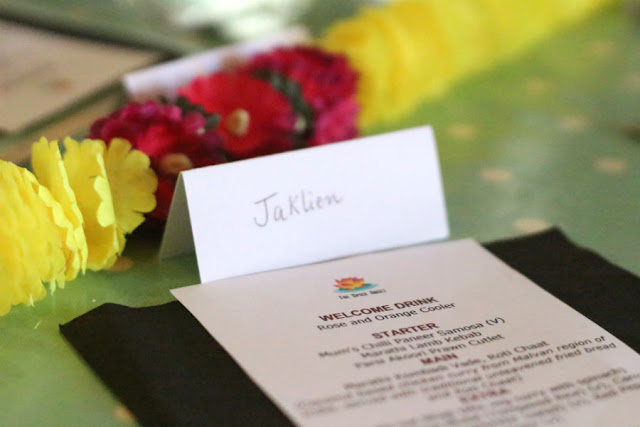 Her supper club took place in a cafe called the Barmouth in Wandsworth, nice and close to Battersea.

Rani Pathare is one of the nicest and bubbly supper club hosts I have met and her personality really shone through the table and the menu. She warmly welcomed me with a glass of refreshing rose water, which was much needed after the uphill cycle ride in sultry temperatures.

I sat down at the flowery and colourfully laid out table. and waited for the other guests to arrive.

It was a small group and we soon knew what everyone did and liked. I smelled the food before I saw it, and it promised a very full stomach. 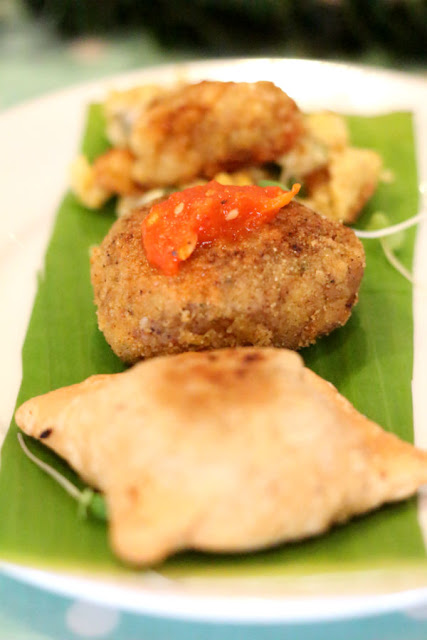 The main course arrived soon after and was a coconut based chicken curry made the way they do in the Malvan region It was served with a traditional unleavened fried bread and roti chaat.  It came with a side of sindhi sai bahji, which is a mix of veggies with spinach, a portion of tempered rice as well as a salad of corn and carrots called kochimbar and some red pepper chutney. 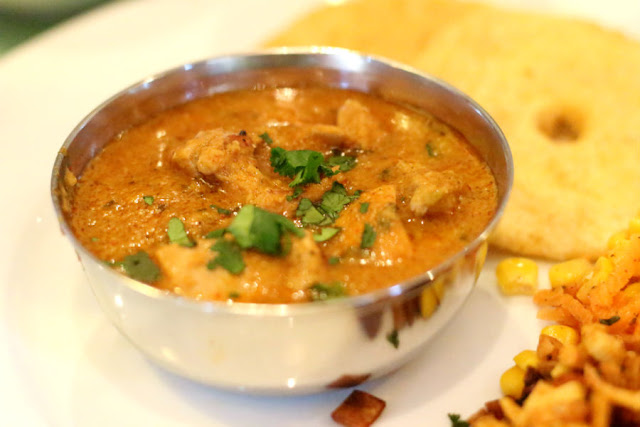 I would've emptied my plate if it wasn't for the fact that dessert was going to follow and the menu had promised a good one: a creamy rice based white chocolate pudding with mango compote and a good sprinkle of cardamom. 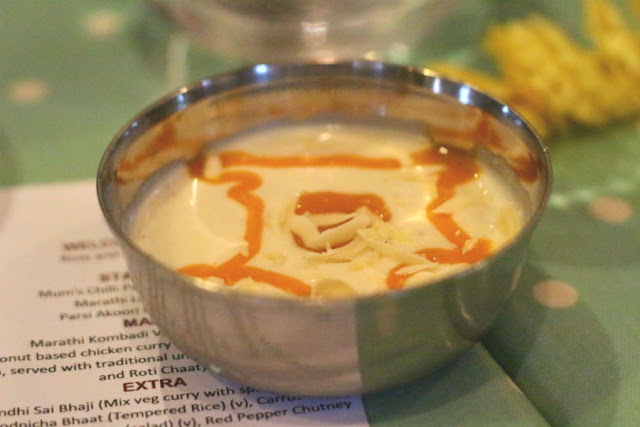 After we'd finished our food, the lovely Rani Joined us from the kitchen and entertained us with her stories of the Master Chef competition. She may not have won that, but in my book Rani's Indian Food at Spice Angel is numbed 1.
Email ThisBlogThis!Share to TwitterShare to FacebookShare to Pinterest