Plants need homes too, which is exactly what the people behind Farmopolis in Greenwich must have thought. Farmopolis is a pop-up urban garden on a jetty jutting out into the river Thames in Greenwich where people can go to and enjoy some green space, great (locally sourced) food and cultural events. 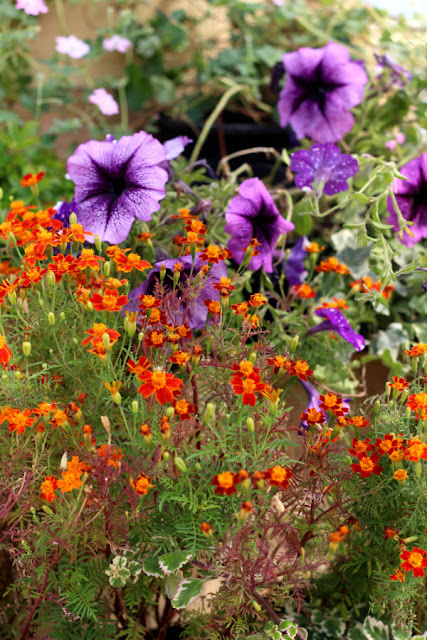 Last weekend I happened to be in Greenwich, and wandered over to check out this floating urban farm. It was a hot day and when I arrived hot and bothered, the plants strewn around the connecting jetty to Farmopolis seemed to find themselves in a similar state. Someone was tending to them though and dousing them with cool water from a garden hose. 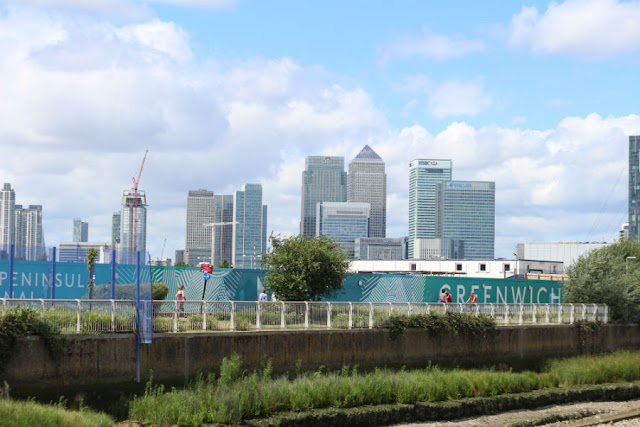 I wandered around smelling the roses and other pretty flowers. Apparently the plants were 'rescued' from the RHS Chelsea flower show and are now looking for new homes.

There was a massage corner, where you could relax for either 10 or 15 minutes of muscular bliss. There was also a stage area where free and paid events such as yoga, theatre workshops and craft making sessions are held. When I was there, there was a yoga stretching class and I watched a group of children make paper flowers, which seemed to be a lot of fun. 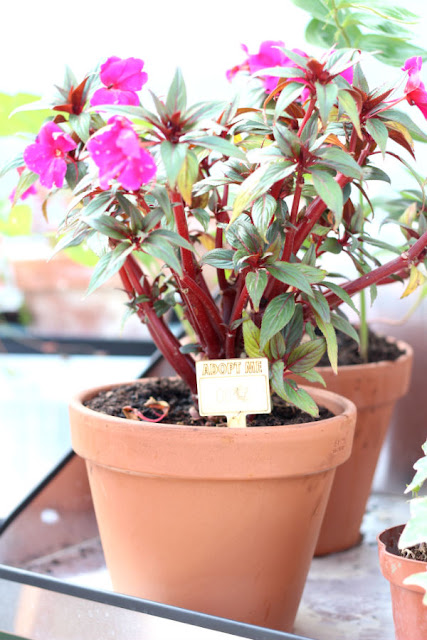 Most of the space, however is taken up by the cafe, which I thought kind of defeated the idea of the urban garden. I was expecting the entire jetty to be, well, more farmy I guess. Although from what I keep reading, there are plans to expand the space and keep it around for a bit longer. 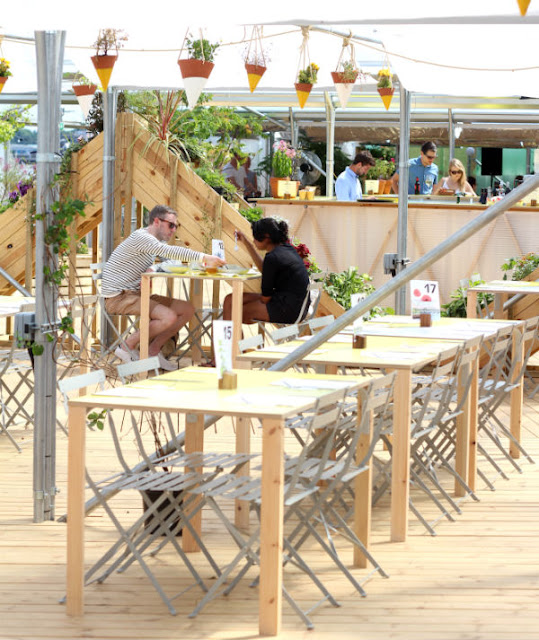 The food on the menu sounded great, but the heat had made me thirsty and not so much hungry. I settled for a glass of iced Earl Grey tea and found a table in the shade. The river breeze was lovely and the views of the Thames calming. Behind me, the building of flats was not quite finished, but I was already jealous of the people that will eventually move in. They will have this serene bit of space right on their doorstep. 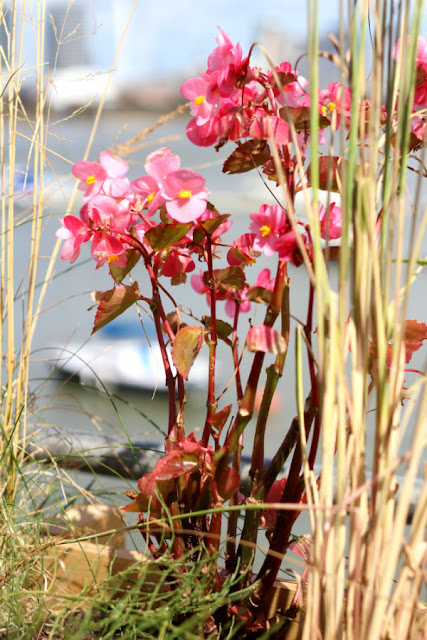