Israeli Food at The Palomar


On my foodie world tour I was dying to eat Israeli food at The Palomar. However I think everyone else in London was thinking the same thing as I found out that you can only book a table at Palomar weeks in advance. A few weeks ago, I finally made it there.

Palomar sits on the heart of the West End, in Chinatown. Walking in, I instantly liked the atmosphere. It had that New York style diner feel to it, but in a posh way. Food was served at the bar. It seemed a bit cramped, but a jovial place to sit as well, as you have first row seats to the goings-on in the kitchen.

We had booked a table and while I was waiting for it to be all set for us, I saw lots of beautiful dishes whizz by. I noticed a rumble in my tummy. Our table was in the back, but mirrors and skylights made it a bright and cheery corner.

The menu at Palomar is tapas style and are meant to be shared, although the size of the fishes range from teeny tiny to pretty big. There were three of us, so we picked a good few. We kicked off with a portion of the kabeneh bread with a tagine and a spicy dip which was gone in seconds. 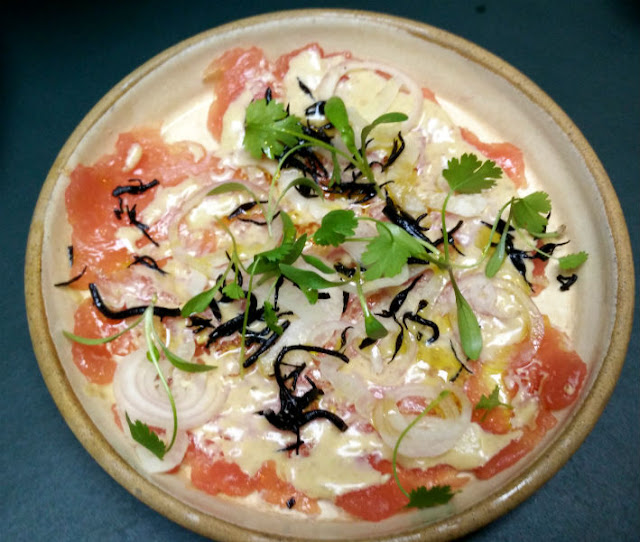 We also went for a beetroot carpaccio with feta crumbled over it, a nice change from the beef carpaccios I normally have.

There was an josperised aubergine dish with tomatoes, shallots, pine nuts and feta cheese. 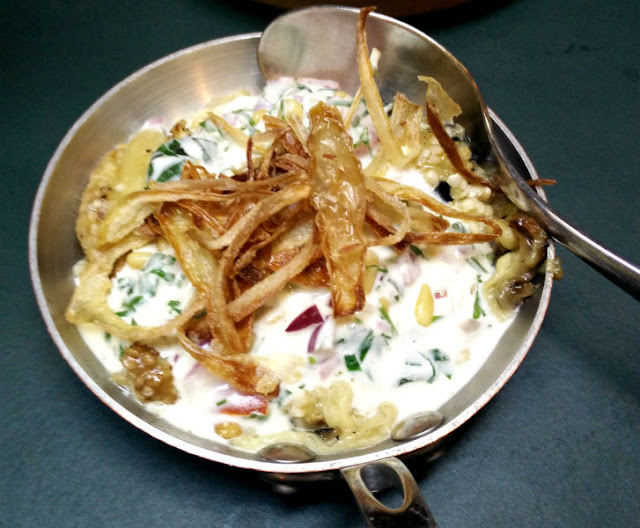 We also had a polenta Jerusalem style with some asparagus and grated Parmesan cheese on top. Very moorish. 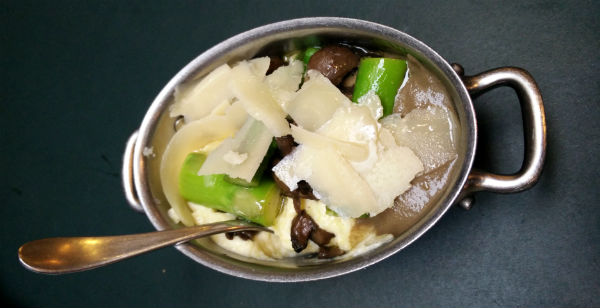 This was followed by a Shakshukit, a kebab with unskewered minced meat, yoghurt, tahini and some pita bread.

My friends went for the Jerusalem mix, but I passed in that one as it is prepared mostly with offal. I thought a pork belly mix would be a safer option, and it was. 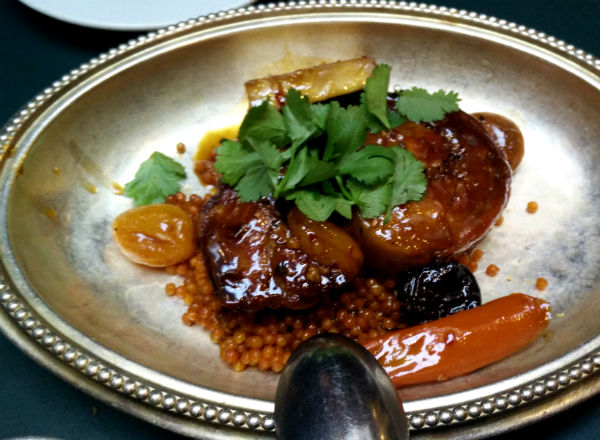 I had no space left for dessert, but did manage to steal a few bites of the chocolate feast and the Jerusalem mess of my friends. There is one thing I would like to say though. The food was great, but I did think it was a tad bit on the pricey side. But I guess you can't really get around that anymore, dining out in London. 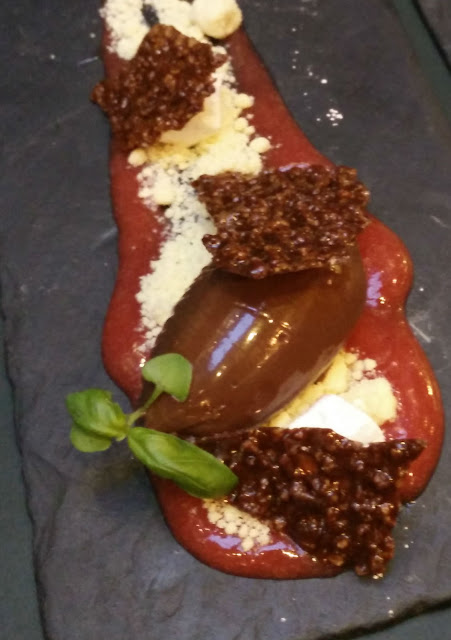