One thing Germanics do well, is comfort food; Stodgy potato dishes and lots of sausages. So when I happened on this place called Kipferl serving Austrian food, I just had to pop in. 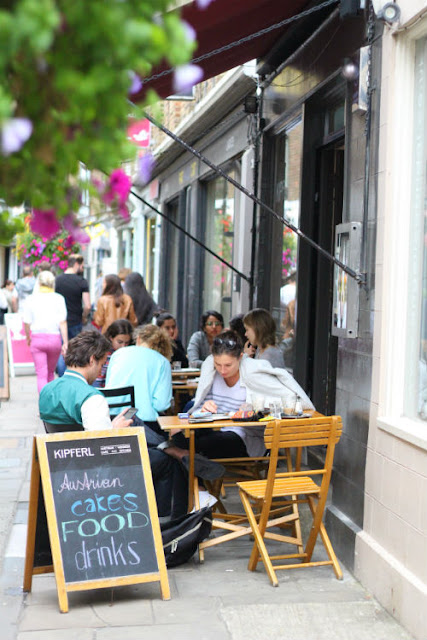 On my quest for ethnic restaurants in London, Austrian and German food ranks pretty high on the favourites list, possibly because it is so similar to Dutch food. Especially in the winter, I do like to devour a good sausage and mash.

Kipferl is a cosy Austrian style deli, which does look very much like the Viennese coffeehouses you’ll see in the Austrian capital. There is one in Angel on Camden Passage and there is another one in Ladbroke Grove. I went to the one in Angel, which also has a little bit of outdoor space. 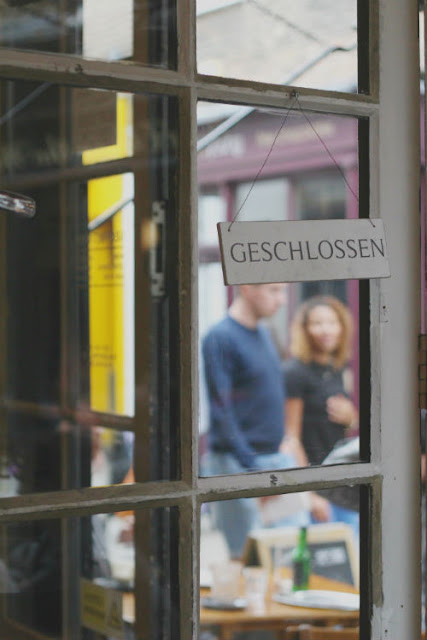 A kipferl is a croissant like Austrian biscuit and although this cosy Austrian place does sell lots of pastries, I didn’t spot one Kipferl biscuit at Kipferl.  I did see lots of strudels, pies and cakes looking all inviting and tempting. It was lunch time though, so I was craving something savoury.

The Kipferl menu features Austrian style breakfasts with sausages, rye bread and eggs, but you’ll also find some healthy options like muesli and yoghurt. Sausages also feature on the lunch time menu as does the ubiquitous sauerkraut and potato salad. Other options are Wiener schnitzels, Kaesespaetzle (a cheesy German version of gnocchi) spinach dumplings and salads. 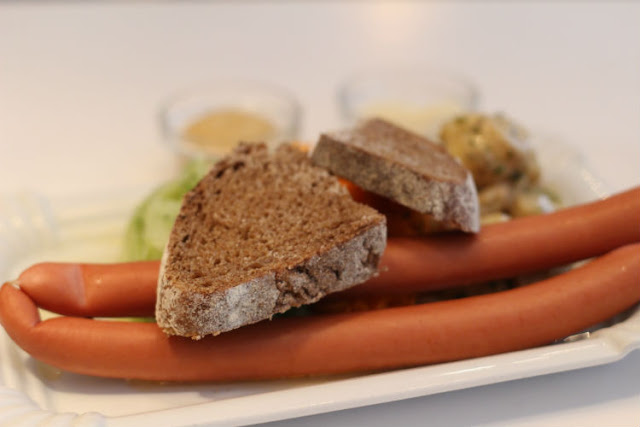 I ordered a glass of Austrian rose, which was a first for me. Who knew Austrians made wine too, and pretty good ones too. For food I went for two Wiener sausages with rye bread and some salads on the side. My favourite was the potato salad. It wasn’t a massive dish, but it hit the spot. So much so, that regrettably there was no space in my tummy for the cakes or pies.

But hey, the number 19 runs directly from Battersea to Angel, so a slice of warm apple strudel with vanilla ice cream is only a bus ride away.
Email ThisBlogThis!Share to TwitterShare to FacebookShare to Pinterest