Staying at the Yotel at Gatwick


After a longish weekend with my folks in Andalusia last weekend, I opted for staying at the Yotel at Gatwick this morning, rather than trawling around Victoria looking for a cab to Battersea.

I wrote a wee blog post about it for Booking Buddy, but I hadn't actually had the pleasure to stay at one. I'd read that it had been copied from the Japanese capsule 'hotels' used by mostly drunk Japanese men who miss their trains. 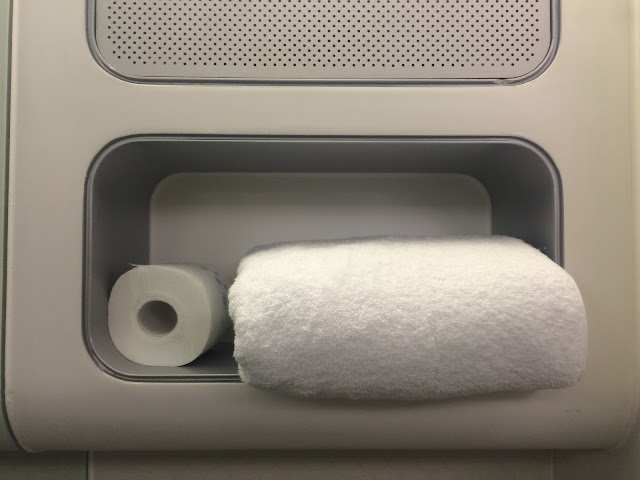 The Gatwick Yotel is not quite like that; it's probably used more by people who are waiting for a missed plane and are too posh to sleep on the airport floor. As am I.

As I hopped from passport control straight to the Yotel in the South Terminal, I headed to the reception on the lower floor. I went straight for the computers check myself in, however as I was frantically tapping the computer screen, I heard a voice from behind me, asking me if I needed help. Ha, feeling a bit stupid for expecting a self-check in service rather than a real person, I let the nice gentleman do the checking in for me. 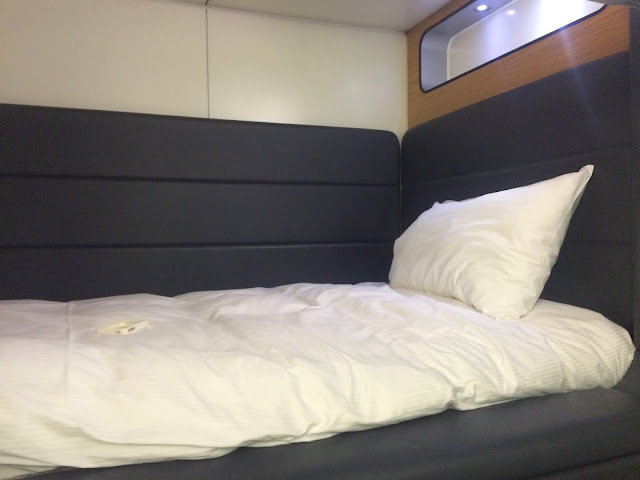 I couldn't have done it better myself.

I walked a few steps to my cabin and stepped into a space that was actually bigger than I was expecting.

In length there was maybe 2 metres of space flanked by the raised bed on one side and the shower room on the other. The latter had a see through door, which I hope they don't offer in double rooms. But I was here alone, so all good. 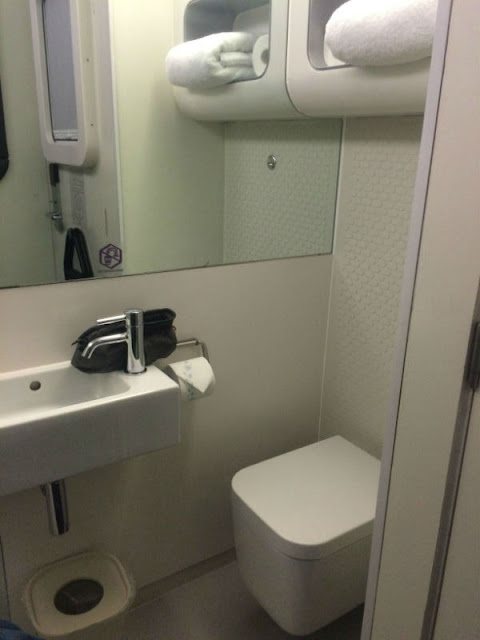 Ikea can learn a thing or two from the guys over at Yotel, as the space was optimised pretty well. And I didn't even have to shower above the toilet like I had to at the Bloc Hotel at the same airport.

There was a little fold away step to climb into bed, which was equipped with a TV and ample space for 1. There was a fold away table even, which doubled as a luggage rack, a place to hang my coat, and a bit of space to put random stuff like your phone as well. 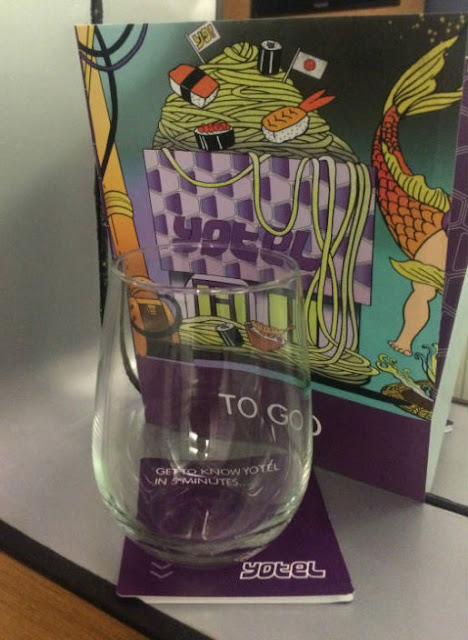 There was no window, so I kept the purple mood light on as to not over sleep.

I slept like a baby and pretty much rolled from my bed, into the shower and onto the train to work this morning. Best way to end a mini holiday and the start of a work week.