The Plain of Jars in Phonsavan


One of the things that was on my must-visit list in Laos, was the Plain of Jars in Phonsavan.  This plateau in the Xieng Kouang Province is an elevated plain which is sprinkled with jars that are apparently thousands and thousands of years old. 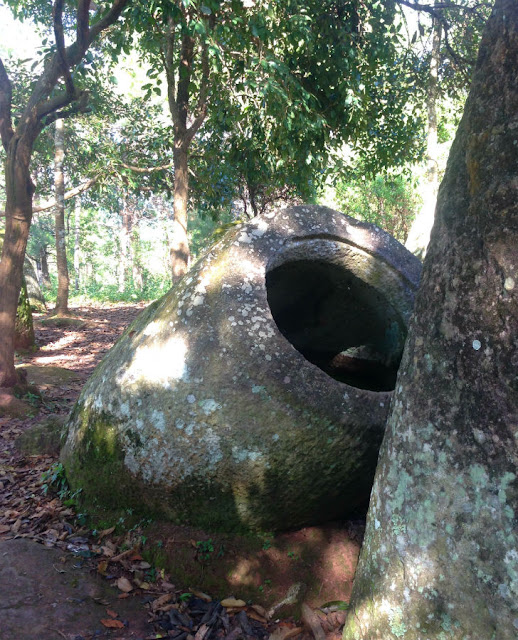 I'd read about it in the novel Backpack and was slightly intrigued to see what these jars were all about.

To get there, I took a tourist bus from Luang Prabang and boy, did I know we were going to visit an elevated plateau. The road was windy from the moment we left Luang Prabang, which had me spewing by the road side within an hour. After a bit of a seat shuffle with the other tourists, the ride got slightly better. Needless to say I was happy to get there. 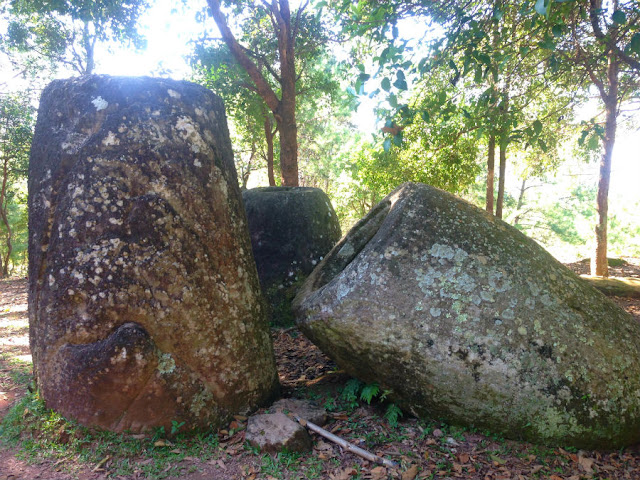 The town of Phonsavan is not all that touristy, but there are a few guest houses and travel agencies that can book you onto a tour of the jar sites. Or you can hire a motorbike and get there on your own accord. I opted for a day tour, which took in some other sights as well. 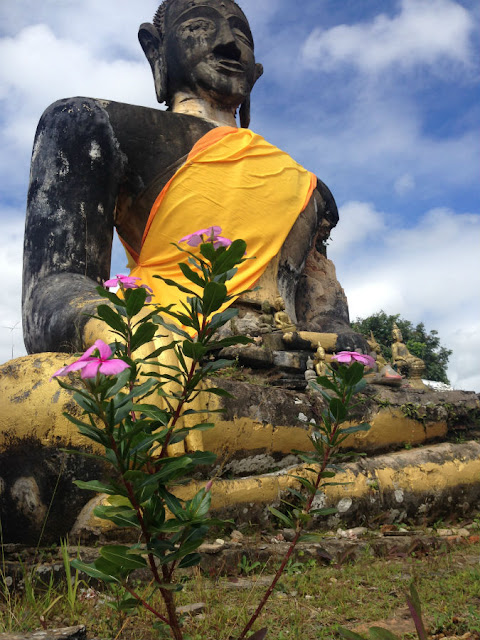 The jar sites were discovered in the 1930 by a French researcher and she thought that the jars were what people used to bury the dead in based on the fact that beside human bones, she also found beads and other precious things in the jars. 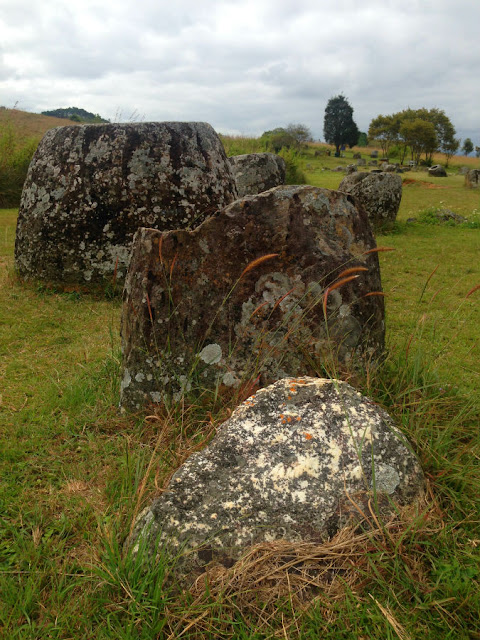 Jar site number 1 is the biggest that is open for visitors. The jars are strewn across the hills offering some fine views of the surrounding area. There are a few bomb craters around the jars as well as this area was bombed pretty badly by the Americans during the Vietnam War. Now these craters offer great photo ops for tour groups. Furthermore, we saw jars with lids, jars without lids, a jar with a drawing and plain jars. 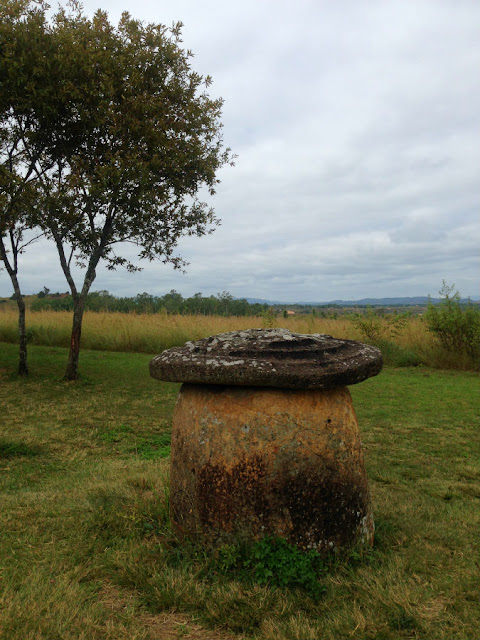 Jar site number two and number three were my favourite though. The second site was technically two sites set on two hills amidst some lush vegetation, making at pretty and atmospheric. 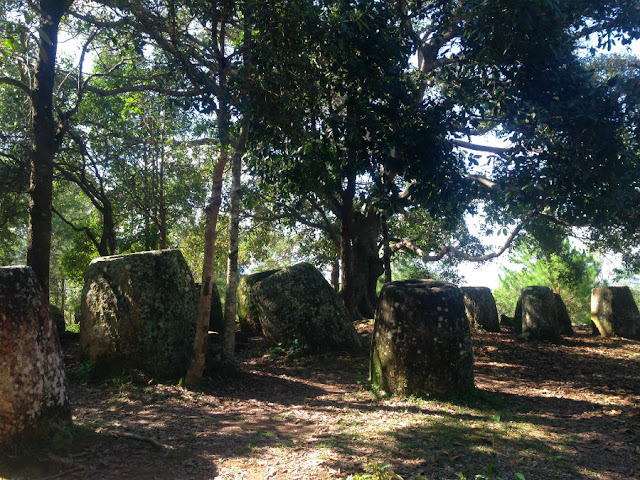 Jar site number 3 had the most scenic approach. We had to climb over a few stiles and walk among some rice paddies to get there. While walking among the jars we witnessed a mine clearing team in action, which was a pretty shocking experience.

The rest of the tour took us to see the old capital and its war damaged temple and ruins of a French hospital. We also took a look at a workshop in a small village where they turn remnants of weapons and ammunition into spoons and other useful metal items. 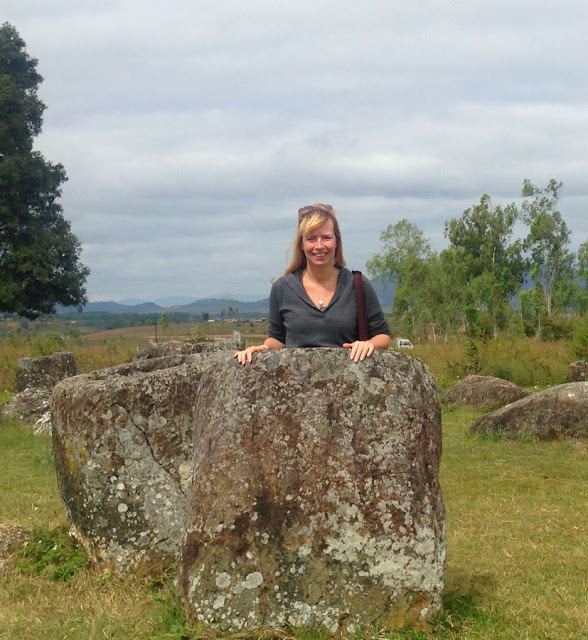