The Buddha Park Near Vientiane 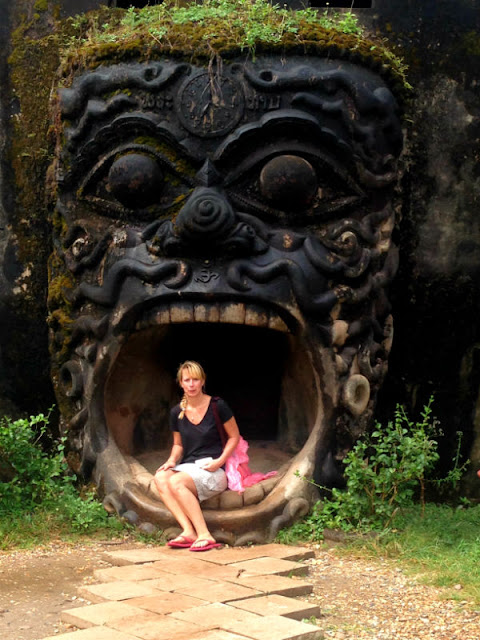 Vientiane, the capital of Laos, is not your typical South East Asian city. It's quite sedate and calm. Although the city might not boast as many gems as say Luang Prabang in the north, one of the must see sights that took me there was the Buddha Park near Vientiane. 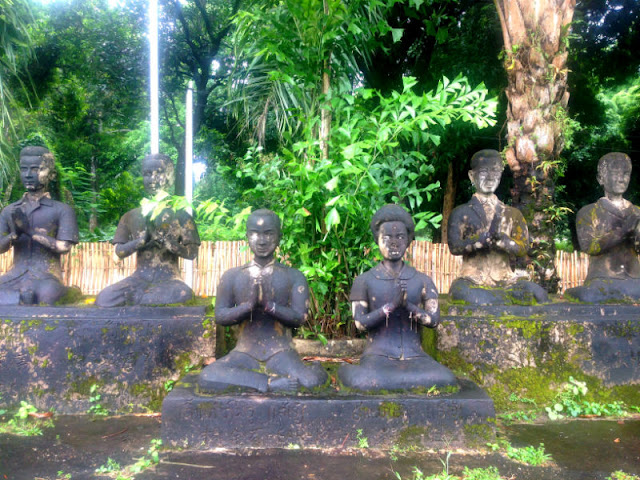 Also known as Xieng Khuan, the park was started in 1958 by someone named Luang Pu. He was a priest-shaman who integrated Hinduism and Buddhism and decided to place 200 odd hindu and buddhist statues in a park right next to the Mekong River. 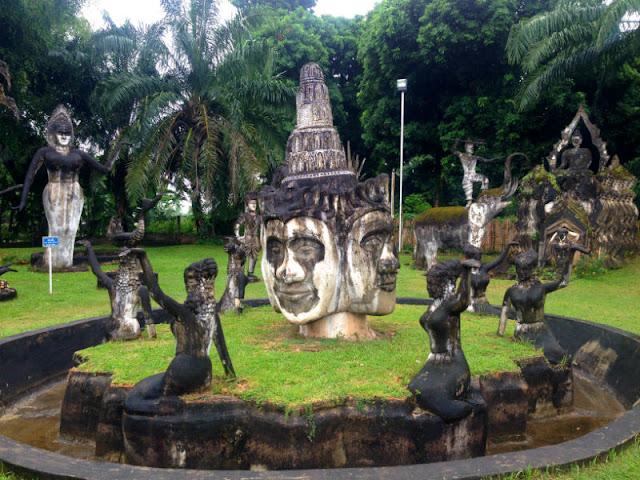 They range in shapes and sizes, and although there isn't all that much in terms of explanations, etc, it is still a remarkable collection of deities and religious sculptures. Some might say it's tacky, but I thought it was well worth the visit. 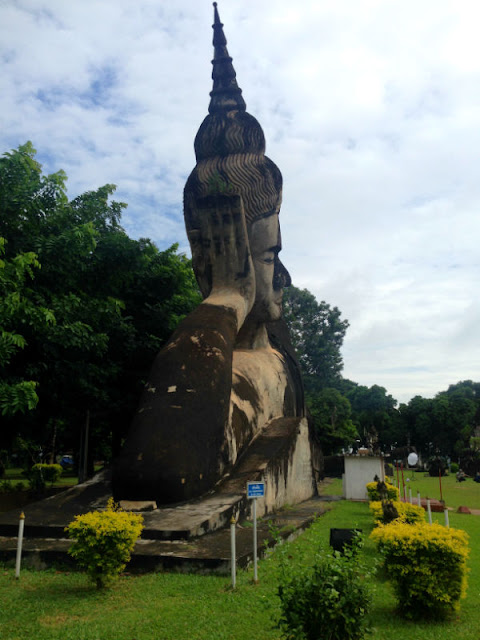 It's is easy enough to get there, by taking a local bus from the bus station.  It takes roughly an hour to get there and the road will take you along the suburbs of Vientiane and along the banks of the Mekong. 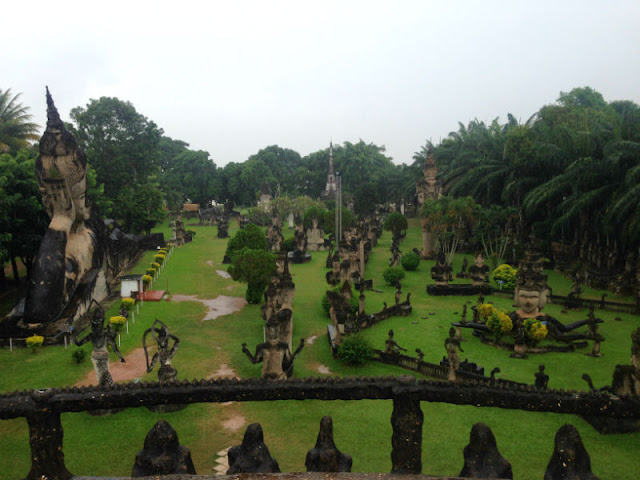 There is a bus stop right in front of the park, and believe me, it is hard to miss. The statues are massive and peep above the trees and people in Thailand across the river, can even see them on clear days. 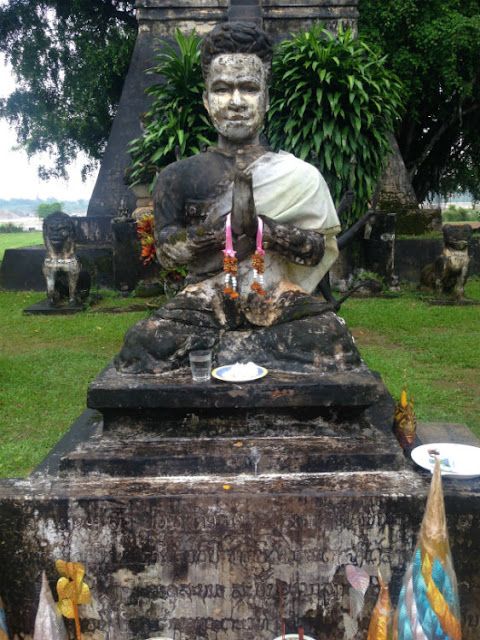 It is a popular place among tourists and locals and if you bring some food, a wonderful place to have a pick-nick. There is a cafe serving Laos food and drinks, and you will also find some souvenir shops and merchants selling snacks at the park's entrance. 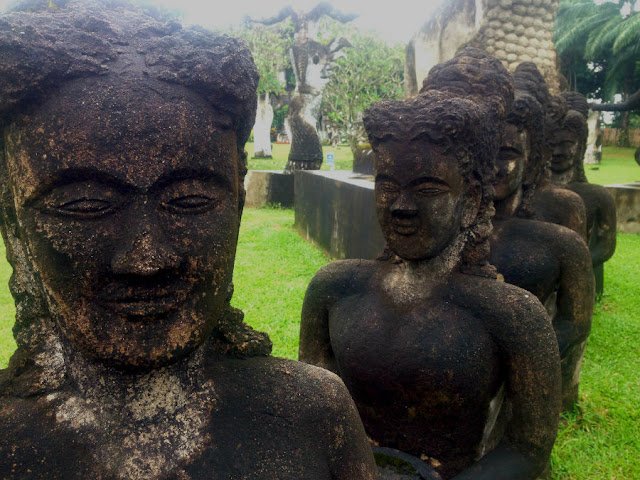