Indian food is not exactly my favourite, but for the Indian food at Chit Chaat Chai, I would make a detour. It's a new laidback eatery on the Old York Road in Wandsworth, which seems to get hipper every time I go there. 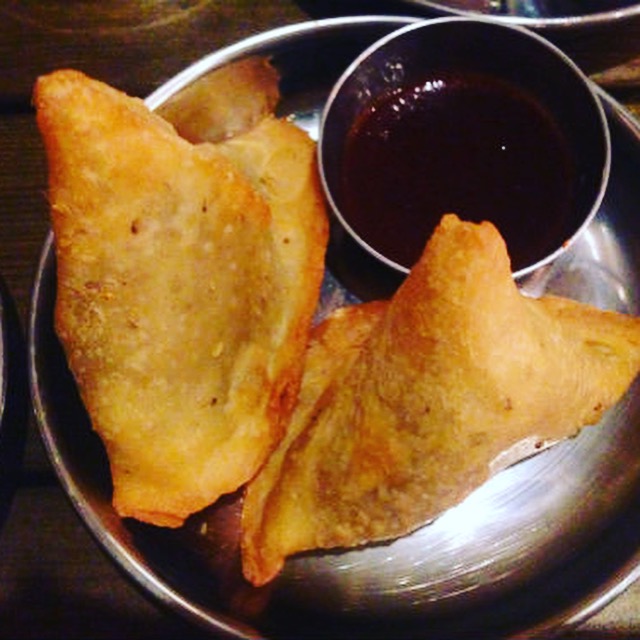 Chit Chaat Chai started as at food markets, went from pop-up to supper clubs and now is a proper restaurant on its own. I pretty much loved it as soon as I walked in. It's so colourful and warm which kind of makes you forget the cold weather outside. 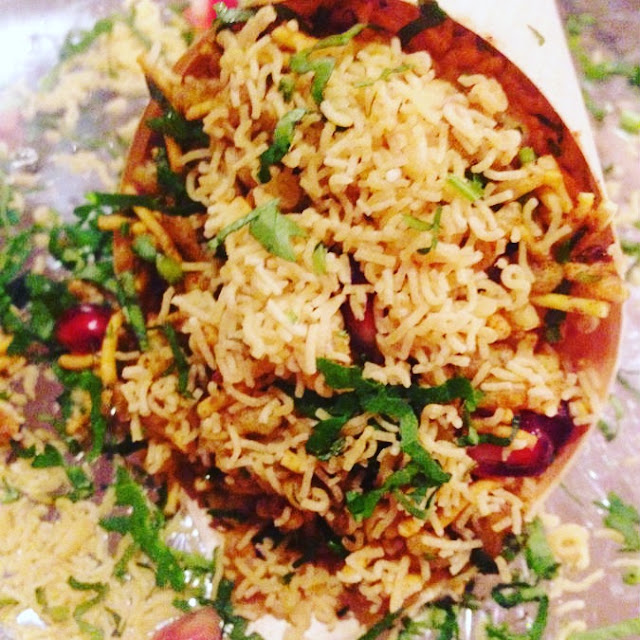 Initially it was a bit hard to choose from the many dishes on the menu, but we got some help from the friendly waiter. He recommended the Bombay Bhel which is their signature dish and is puffed rice, with potatoes, onions and chaatney. We added some okra fries, which went down super fast and had us picking out the crumbs of the pot they came in. 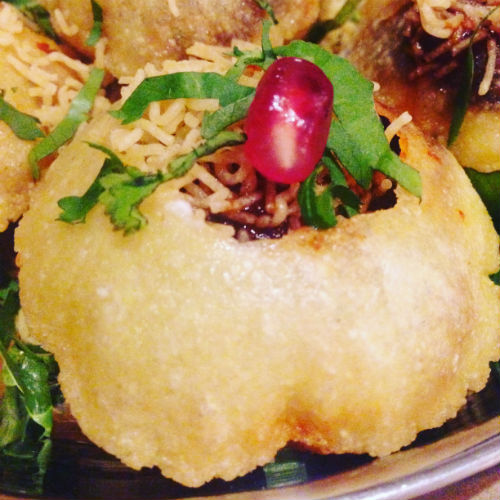 We also had yoghurt puri, which were easy on all of the senses. We had some samosas and naan bread and also a dish called cole tiki which was made of very spicy potatoes topped with chickpea curry and some yogurt. 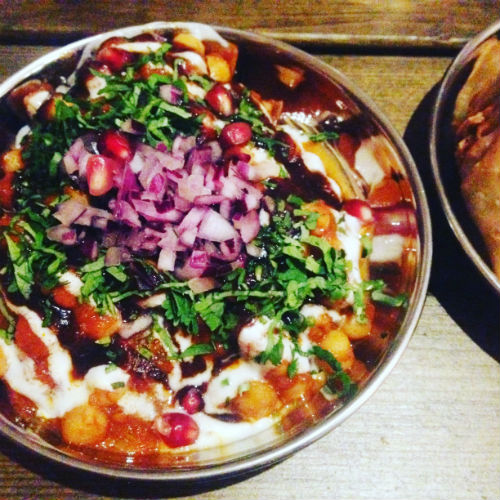 I couldn't move after all that food, by my friend Sanne ordered some ice cream for dessert. I couldn't resist a few scoops. It was regular vanilla pod ice cream, but it was a great way to cool off.

I loved this little place and lucky for me it is so close to my home. I'll be back.